Women Are Being Pushed Out Of The Workforce, and It's Time Employers Do Something About It. Here's How.

Stong women are different, and it’s hard to nail down their thought processes. If you were lucky enough to date a strong woman, you might not be successful in trying to win her back. Once a strong person is gone, she’s usually gone for good.

A strong woman won’t handle breaking up the same way others do, either. She won’t cry for a long time or blame you for the situation. Plus, she won’t beg you to stay if you’re the one ending things.

You might be surprised by how a strong person handles herself during a breakup. When she decides that she’s finished, she isn’t coming back, and you might not understand why. There are a few reasons to familiarize yourself with if you want to understand the situation.

Why You Can’t Win Back a Strong Woman

If the woman says goodbye, you aren’t likely to win her back. You can try, but it won’t always go as planned. These reasons can help you understand why you can’t get her back. 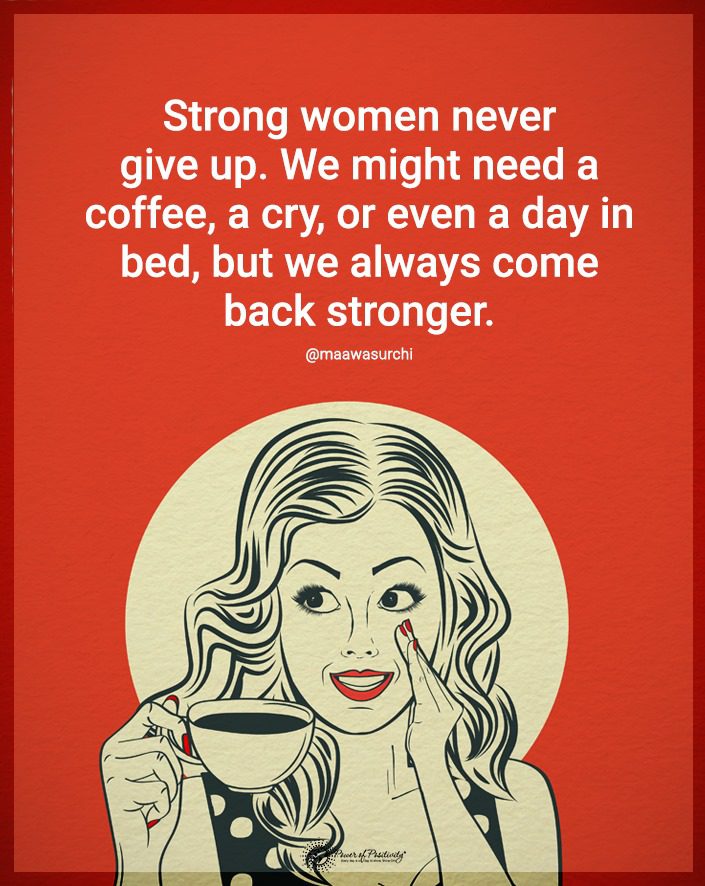 They Don’t Put Up with Issues.

These women are tough and won’t put up with issues. They are wise and quick to think about their principles. If someone tries to do them wrong, they won’t hesitate to walk away permanently.

She’s strong because she’s been through hard times before. A strong person has survived everything they’ve been through in the past and knows they’ll understand everything that comes, too. She fights alone, understanding that she shouldn’t have to beg for the things she deserves.

They Know Their Life Isn’t Over.

Things don’t always go as planned, and strong people know that it doesn’t mean life is over. They know when to walk away, and they’ll do so without looking back.

Since they know life goes on, they don’t waste a minute before moving forward. They don’t beat themselves up or tell themselves that they’ll never be happy again. Even if they cry, they know they deserve someone who values her.

She views the end of a relationship as a new beginning rather than the end of something great. A strong woman isn’t afraid to start over and build something new.

When They’ve Made Up Their Mind, There’s No Going Back.

If a strong person makes up their mind, you can’t change it. Once they’ve decided to leave, they know what’s best for them, and they stick to it. They begin moving on right away and understand that going back will only interfere with their progress.

Strong people know that looking forward will bring more happiness than looking back. Their strength and determination prevent them from ever going back.

She Owns Up to Her Responsibility

A strong woman never hesitates to take responsibility for her actions. She isn’t afraid to say when she’s wrong, and she won’t blame anyone else. When a relationship doesn’t work out, she won’t blame her partner, even when it would be acceptable.

Instead, she only acknowledges her mistakes before moving on. She knows that if someone doesn’t want to be with her, it’s their loss, and she’ll find someone who does.

Strong Women Know That Breakups Are Sometimes for the Best

A strong woman acknowledges when a breakup is for the best. She’ll leave if she thinks it’s what’s best for either of you, even if she’d rather stay. A strong person knows that the pain of a breakup is worth it so that both partners can be happier in the future.

Life is short, and it’s best to have a fulfilling and meaningful time. She doesn’t only think of herself, but she also thinks of what will make her partner happy. This bravery and fearlessness show her kind and open heart because she does what’s best even if it’s hard.

She Knows That Not Everyone Should Stay in Her Life

Strong people know when their partner isn’t good for them. She’ll understand that not everyone belongs in her life, and she’ll move on as soon as she acknowledges it.

A strong person knows that the right person will stick around and ensure a healthy relationship. If their current partner isn’t the one, they’ll leave without looking back.

She Can Survive Alone

Strong people don’t need others in their life to make them feel fulfilled. They respect someone’s decision to leave, and they understand when they must walk away. A strong woman knows that she can survive alone and doesn’t need anyone to validate her. She’d rather walk away and be alone than beg anyone for their attention.

A Strong Woman Doesn’t Have Regrets.

When a strong person moves on, she doesn’t have regrets. She understands how life works and knows that things won’t always go as planned. Strong people also know that the people they meet during their life journey won’t always stick around.

Every ending has a new beginning, including new people to bring into her life. This knowledge reaffirms that she shouldn’t regret her decision.

Stong women are fearless enough to handle anything. They don’t lose hope and don’t hesitate to open their hearts again. These characteristics make it, so they don’t look back because they know someone out there won’t hurt them.

The breakup will teach the woman about her self-worth and make her realize that she’ll be okay without you. Her hope only fosters her growth, encouraging her to pursue her goals and dreams. She’ll thrive once she begins to focus on herself and her renewed sense of hope.

A strong woman won’t say goodbye and then ask to come back. Instead, she focuses on forgiving herself for mistakes and what went wrong. She focuses on self-love, knowing that it is essential to her moving on.

Strong people don’t blame themselves, but they still know that forgiveness is necessary. Once forgiveness has begun, she won’t look back.

She Forgives but Doesn’t Forget.

Strong people don’t only forgive themselves, but they’ll forgive you, too. However, she doesn’t forget. Since she doesn’t forget what happens, she won’t look back, and you won’t be able to convince her otherwise.

A Strong Woman Focuses on Becoming the Best Version of Herself

When a relationship ends, and a strong person walks away, she doesn’t mourn the loss. She spends her time and energy on herself, becoming the best version possible. A strong person will shine more than before, knowing that the end means the beginning of something new.

She Can Make Herself Happy

A strong woman doesn’t need anyone else to make her happy. She is her source of happiness, including when she experiences heartache. Stong people know that people aren’t always who they seem, so she never loses sight of her ability to find happiness alone.

Some people resist change, but strong people embrace it. She doesn’t deny that moving on is best, and she’ll find the bright side in any situation. Plus, she won’t stick around for the comfort of a relationship.

Once a strong woman knows that moving on is best, she gets started right away. Nothing can stand in her way or change her mind as she accepts the changes.

Strong people are unique, and these quotes can help prove it. If you ever feel weak, come back to these quotes to remember how strong you are.

A strong person doesn’t blame their partner for ongoing issues. Instead, they own up to their involvement and know that it’s up to them to walk away.

2. “A strong woman builds her own world. She is one who is wise enough to know that it will attract the man she will gladly share it with.” – Ellen J. Barrier

Don’t make your partner your world, or you won’t have anywhere to turn if it ends. A strong woman acknowledges this fact and builds a separate life. She’ll share it with her partner, but she’ll never give it up.

3. “Truly powerful women don’t explain why they want respect. They simply don’t engage with those who don’t give it to them.” – Anonymous

4. “Strong women aren’t simply born. We are forged through the challenges of life. With each challenge, we grow mentally and emotionally. We move forward with our head held high and a strength that cannot be denied. A woman who’s been through the storm and survived. We are warriors.” – Anonymous

People aren’t born strong, and they develop it as they go through hardships in life. They work hard to mentally and emotionally overcome, allowing them to grow each time. Once they reach this point, there’s no turning back once they change their mind.

5. “I have learned over the years that when one’s mind is made up, this diminishes fear; knowing what must be done does away with fear.” – Rosa Parks

Once you have made up your mind, you’ll notice fear lifting. You won’t be afraid once you know what you must do. Instead, you’ll be ready to get started on the rest of your life.

When a strong woman walks away, she’s not coming back. No matter how much you try to convince her to return, she won’t give in.

A strong woman knows what she is worth, and she only focuses on moving forward and becoming a better person. She won’t look back when something isn’t right for her. Once she leaves, she’s gone for good.

The post When a Strong Woman Says Goodbye for Good, You Can’t Win Her Back appeared first on Power of Positivity: Positive Thinking & Attitude.

Three Reasons Why It May Be Time To Buy Stocks Again