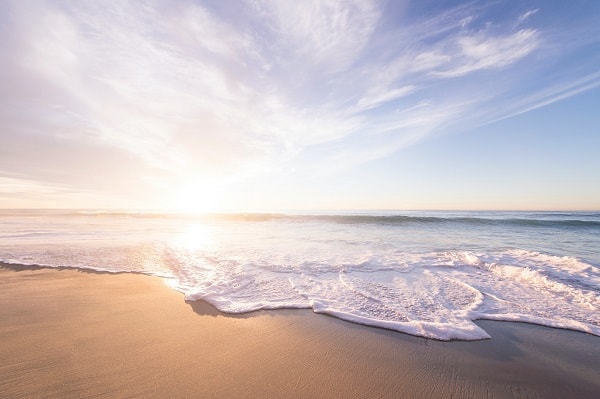 Such an important but sometimes tough thing to stay true to.

It’s often easier to just tell a white or perhaps even darker lie. To skirt around how you really think and feel.

But even though it might be tough there is also so much to be gained from being more honest both with yourself and the people in your life:

Inspiring Honesty Quotes to Help You Live Your Best Life

“Be yourself; everyone else is already taken.”
Oscar Wilde

“The real things haven’t changed. It is still best to be honest and truthful; to make the most of what we have; to be happy with simple pleasures; and have courage when things go wrong.”
Laura Ingalls Wilder

“It’s discouraging to think how many people are shocked by honesty and how few by deceit.”
Noël Coward

“Honesty is always the best policy, even when it’s not the trend.”
Sean Covey

“To conceal anything from those to whom I am attached, is not in my nature. I can never close my lips where I have opened my heart.”
Charles Dickens

“All cruel people describe themselves as paragons of frankness.”
Tennessee Williams

“Remember that wherever your heart is, there you will find your treasure.”
Paulo Coelho

“The line between honesty and dishonesty is a narrow, shifting one and usually lets those get by that are the most subtle and already have more than they can use.”
Clarence Darrow

“Honesty is the first chapter of the book of wisdom.”
Thomas Jefferson

“You ask me what forces me to speak? A strange thing; my conscience.”
Victor Hugo

“Unless you’re ashamed of yourself now and then, you’re not honest”
William Faulkner

“When you give yourself permission to communicate what matters to you in every situation you will have peace despite rejection or disapproval. Putting a voice to your soul helps you to let go of the negative energy of fear and regret.”
Shannon L. Alder

“Being honest may not get you a lot of friends but it’ll always get you the right ones.”
John Lennon

“It takes strength and courage to admit the truth.”
Rick Riordan

“You are honest enough by nature to be able to see and judge your own self clearly – and that is a great thing. Never lose that honesty – always be honest with yourself.”
Enid Blyton

“When we speak we are afraid our words will not be heard or welcomed. But when we are silent, we are still afraid. So it is better to speak.”
Audre Lorde

“Nothing is so difficult as not deceiving oneself.”
Ludwig Wittgenstein

“Just be honest with yourself. That opens the door.”
Vernon Howard

“I admire honesty more than any other trait.”
Jerry Reinsdorf

“Proclaim the truth and do not be silent through fear.”
St. Catherine of Siena

“What have I always believed? That on the whole, and by and large, if a man lived properly, not according to what any priests said, but according to what seemed decent and honest inside, then it would, at the end, more or less, turn out all right.”
Terry Pratchett

“Most often people seek in life occasions for persisting in their opinions rather than for educating themselves.”
André Gide

“I hope I shall possess firmness and virtue enough to maintain what I consider the most enviable of all titles, the character of an honest man.”
George Washington

“Each time you are honest and conduct yourself with honesty, a success force will drive you toward greater success. Each time you lie, even with a little white lie, there are strong forces pushing you toward failure.”
Joseph Sugarman

“If you can’t be honest with yourself, you can’t fix yourself. Admitting you have a problem is the first step for a good reason.”
Ed Latimore

“Everything we hear is an opinion, not a fact. Everything we see is a perspective, not the truth.”
Marcus Aurelius

“The real source of inner joy is to remain truthful and honest.”
Dalai Lama

“Let’s tell the truth to people. When people ask, ‘How are you?’ have the nerve sometimes to answer truthfully. You must know, however, that people will start avoiding you because, they, too, have knees that pain them and heads that hurt and they don’t want to know about yours. But think of it this way: If people avoid you, you will have more time to meditate and do fine research on a cure for whatever truly afflicts you.”
Maya Angelou

“You should not honor men more than truth.”
Plato

“Living with integrity means: Not settling for less than what you know you deserve in your relationships. Asking for what you want and need from others. Speaking your truth, even though it might create conflict or tension. Behaving in ways that are in harmony with your personal values. Making choices based on what you believe, and not what others believe.”
Barbara De Angelis

You may also find this post with quotes on perspective helpful.

“Most men would rather deny a hard truth than face it.”
George R.R. Martin

“Honesty is more than not lying. It is truth telling, truth speaking, truth living, and truth loving.”
James E. Faust

“Whenever you are about to find fault with someone, ask yourself the following question: What fault of mine most nearly resembles the one I am about to criticize?”
Marcus Aurelius

“Better a cruel truth than a comfortable delusion.”
Edward Abbey

“You have enemies? Good. That means you’ve stood up for something, sometime in your life.”
Winston Churchill

“To believe in something, and not to live it, is dishonest.”
Mahatma Gandhi

“The trouble with most of us is that we’d rather be ruined by praise than saved by criticism.”
Norman Vincent Peale

“If we are not ashamed to think it, we should not be ashamed to say it.”
Marcus Tullius Cicero

“It is not easy to keep silent when silence is a lie.”
Victor Hugo

“Honesty is often very hard. The truth is often painful. But the freedom it can bring is worth the trying.”
Fred Rogers

“To know what is right and not do it is the worst cowardice.”
Confucius

“As long as you’re honest and you articulate what you believe to be true, somebody somewhere will become your enemy whether you like it or not.”
Criss Jami

“If you keep hiding your true self, your life becomes like slow death. Once you become free from the lies and the hiding of yourself, then life becomes vibrant again.”
Ziggy Marley

“The truth does not change according to our ability to stomach it.”
Flannery O’Connor

“The main trouble with being an honest man was that it lost you all your illusions.”
James Jones

“It is always helpful to remain honest and truthful in the face of difficulty. “
Dalai Lama

“Men occasionally stumble over the truth, but most of them pick themselves up and hurry off as if nothing ever happened.”
Winston S. Churchill

“If it is not right do not do it; if it is not true do not say it.”
Marcus Aurelius

Quotes About Honesty in Relationships and Love

“Hiding how you really feel and trying to make everyone happy doesn’t make you nice, it just makes you a liar.”
Jenny O’Connell

“Before speaking, consult your inner-truth barometer, and resist the temptation to tell people only what they want to hear.”
Wayne W. Dyer

“Nothing in this world is harder than speaking the truth, nothing easier than flattery.”
Fyodor Dostoevsky

“It is better to offer no excuse than a bad one.”
George Washington

“It is curious that physical courage should be so common in the world and moral courage so rare.”
Mark Twain

“When a man is penalized for honesty he learns to lie.”
Criss Jami

“Honesty and openness is always the foundation of insightful dialogue.”
Bell Hooks

“Oh, what a tangled web we weave…when first we practice to deceive.”
Walter Scott

“No matter what you do, stand up for who you are and be honest.”
Bryant McGill

“Staying silent is like a slow-growing cancer to the soul and a trait of a true coward. There is nothing intelligent about not standing up for yourself.”
Shannon L. Alder

“You can’t lie to your soul.”
Irvine Welsh

“The liar’s punishment is, not in the least that he is not believed, but that he cannot believe anyone else.”
George Bernard Shaw

“No persons are more frequently wrong, than those who will not admit they are wrong.”
François de La Rochefoucauld

“Rather fail with honor than succeed by fraud.”
Sophocles

“Don’t assume, ask. Be kind. Tell the truth. Don’t say anything you can’t stand behind fully. Have integrity. Tell people how you feel.”
Warsan Shire

Be sure to also check out this post filled with relationship quotes.

Quotes on Trust, Loyalty and Honesty

“And that’s the thing about people who mean everything they say. They think everyone else does too.”
Khaled Hosseini

“Boastfulness and excessive pride do not equate at all with humility and honesty, credibility and integrity.”
Angelica Hopes

“If you tell the truth, you don’t have to remember anything.”
Mark Twain

“When I do good, I feel good. When I do bad, I feel bad. That’s my religion.”
Abraham Lincoln

“Honesty is the fastest way to prevent a mistake from turning into a failure.”
James Altucher

“We are all travelers in the wilderness of this world, and the best we can find in our travels is an honest friend.”
Robert Louis Stevenson

“Aim not at being clever but at being true.”
Marty Rubin

“Honesty is telling the truth to ourselves and others. Integrity is living that truth.”
Kenneth H. Blanchard

“I hold the maxim no less applicable to public than to private affairs, that honesty is always the best policy.”
George Washington

“Better to get hurt by the truth than comforted with a lie.”
Khaled Hosseini

“I prefer to be true to myself, even at the hazard of incurring the ridicule of others, rather than to be false, and to incur my own abhorrence.”
Frederick Douglass

“If you once forfeit the confidence of your fellow citizens, you can never regain their respect and esteem.”
Abraham Lincoln

“A lie has speed, but truth has endurance.”
Edgar J. Mohn

“There’s one way to find out if a man is honest: ask him; if he says yes, you know he’s crooked.”
Mark Twain

“Be true to your work, your word, and your friend.”
Henry David Thoreau

“You don’t always have to chop with the sword of truth. You can point with it too.”
Anne Lamott

“Honesty first; then courage; then brains – and all are indispensable.”
Theodore Roosevelt

“As I have said, the first thing is to be honest with yourself. You can never have an impact on society if you have not changed yourself. Great peacemakers are all people of integrity, of honesty, but humility.”
Nelson Mandela

“Never be afraid to raise your voice for honesty and truth and compassion against injustice and lying and greed. If people all over the world would do this, it would change the earth.”
William Faulkner

Want even more? Have a look at this post with timeless thoughts on humility.

Stocks To Buy This Week? 4 Travel Stocks To Watch Before The Summer