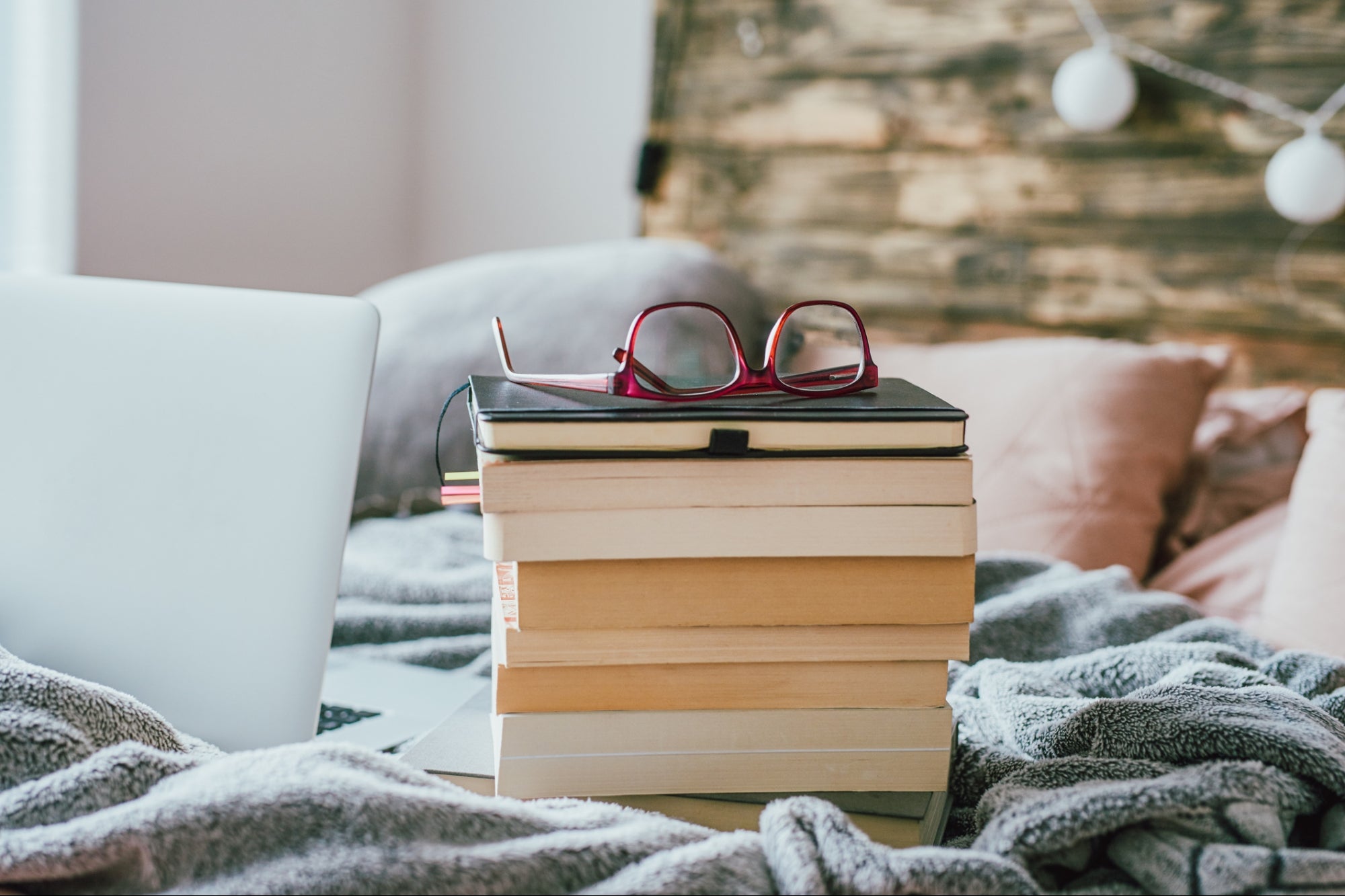 Bob Proctor once said, “If you read a book the 2nd time, you don’t see something in it you didn’t see before, you see something in yourself that wasn’t there before.” This is something that was reiterated by Gary Bencivenga at his $5,000 seminar when he stated that if he had to do it again, rather than read every book on copywriting, he’d just read 10 books, over and over.

10 books? Really? But we’re not talking about just anyone here. Gary Bencivenga is one of the greatest copywriters ever.

Starting out on my entrepreneurial journey, I thought the secret to success was to gather more knowledge. Tony Robbins did the same. In his book Money: Master the Game stated “As a young man, I decided I was going to read a book a day. I didn’t quite read a book a day, but over seven years, I did read more than 700 books…” Having read over 1,000 books on business and personal development over the past ten years, I can say that not all books are created equal. There are some books that not only stand the test of time but like fine wine, get better with age.

2021 is less than a month old and already it’s easy to see that it’s going to be a challenging year. Companies are still adjusting to the work-from-home model which was forced upon them, Covid-19 mutations are causing havoc all over the world and America has ushered in a new leader.

In such tumultuous times, the goal shouldn’t be to find the new shiny object but instead focus on basics. With that in mind, following the advice of Bencivenga and Proctor, here are 11 books that entrepreneurs must reread in 2021.

The 7 Habits of Highly Effective People by Stephen Covey

There’s a reason this book has been on the New York Times’ best seller’s list for over 20 years. It’s a classic and one that every successful person I know has in their library. An in-depth look at the seven habits that we all need to develop as leaders, entrepreneurs, parents and people.

Awaken the Giant Within by Tony Robbins

Jim Rohn, Robbins’ mentor, wrote a book called The Five Major Pieces to the Life Puzzle. Those five pieces consisted of philosophy, attitude, activity, results and lifestyle formed the foundation of many of his presentations. Awaken the Giant Within is a classic in the personal development field and one that does a deep dive into the philosophy behind success. Robbins holds nothing back in this tomb of a book.

How to Win Friends and Influence People by Dale Carnegie

This book has saved more businesses and marriages than probably any book on this list. Carnegie breaks things down into thirty principles and shares numerous examples to back him his claims. Considering that it has gone on to sell over 30 million copies worldwide, it has earned its place on this list.

Tribe of Mentors by Tim Ferriss

Ferriss sent out a list of questions to hundreds of successful people in their perspective fields. Not everyone replied, but many did. This book is a compilation of those who answered. It distills key habits and offers advice from some of the most brilliant people in the world, giving us a peek into the minds of those people who have achieved success.

The 48 Laws of Power by Robert Greene

Power is, and always has been, an integral part of our society and lives. In this book, Greene attempts to distill 3,000 years of history into 48 laws that can help us gain power over or prevent being manipulated by others. It gives us great insight into the issues that affect us in business, social and political spheres thereby giving us a better understanding of how to conduct ourselves.

Hiring has always been difficult, but with our world moving away from the brick-and-mortar model and into either a hybrid system or the work-from-home model, acquiring the right talent will become an even greater challenge. This book though asks the question of whether talent is really the key to being successful.

Most people refer to Influence by Robert Cialdini as the book to pick up to understand the psychology of marketing. Sugarman’s Triggers albeit a much lesser-known book, it encapsulates a wider range of marketing strategies with more funny stories making it both more enjoyable and memorable.

One of the three books marketing legend Dan Kennedy continually recommended in his seminars. An intriguing look at Eastern philosophy and how it applies to business. With the rise of China over the past 20 years, no entrepreneur should overlook this gem.

The definite book on copywriting. A relatively quick read that requires multiple readings to get the most out of it. One copywriter I know told me he reads it once a year. It’s that good. While it’s the oldest book on this list, its lessons have not faded one iota.

In Search of Excellence by Thomas J. Peters and Robert H. Waterman Jr.

A classic book that invites us to take a look at what it takes for companies to excel. Initially, it was a book that talked about success, but over time, this book has become a list of cautionary tales. Entrepreneurs should always be aware of their competition.

When not just one billionaire, but two, recommend a book, you should be intrigued. Bill Gates was introduced to Brooks classic soon after meeting Warren Buffet back in 1991. Buffet even sent him his copy. Ever since Gates talked about his admiration for this book on his blog back in 2013, Business Adventures has been a hard book to track down.

3 trends that will define remote work in 2021

Should Business Leaders Be Worried About the New Covid Strains?