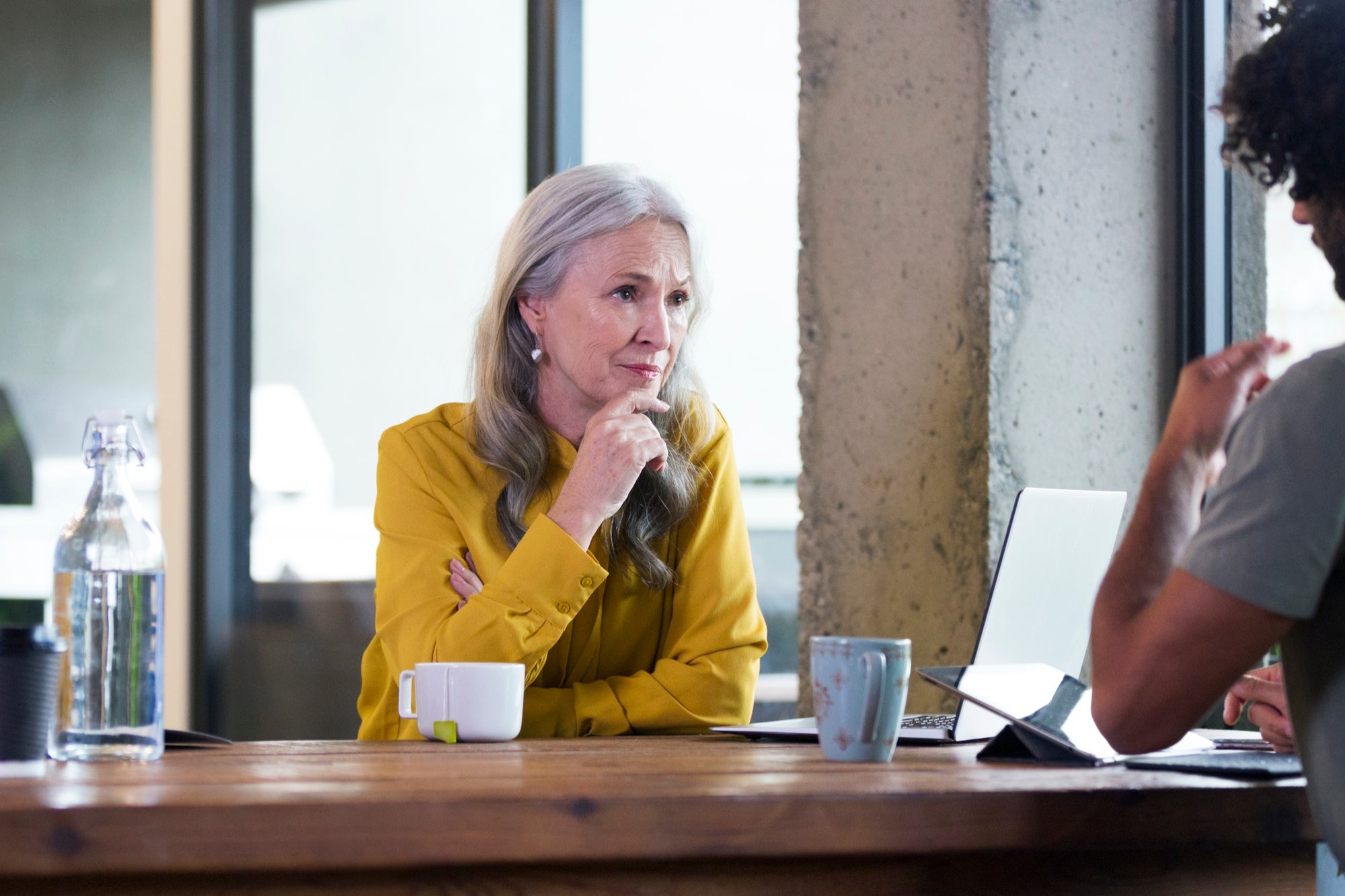 Jobs from food service, to office administrative support, to farming, fishing and forestry are entering an era when technology is doing work once done only by human beings. According to a 2019 report from management consulting firm Marsh and McLennan, older workers are actually doing jobs that are, on average, 52% automatable.

This, coupled with stereotypes around older people being less technically proficient, often contribute to alienation of older workers during the hiring process. Employers sometimes view older people in a negative light, even if they’d never admit it publicly.

That said, here are five things not to forget when thinking about workers who are 50 and over in the context of what they can contribute to your organization.

Related: Here’s What You Can Do Now to Stay Employed When They Finally Have a Robot for Your Job

1. They add significant value to the world economy

According to the report mentioned above, people 50 and older who’ve been in the workforce for decades contributed $7.6 trillion to U.S. economic activity in 2015. That number is set to jump to over $13.5 trillion by 2032. That statistic alone speaks volumes about the capabilities and work ethic of older workers. It shows small business leaders that this demographic can’t be ignored.

Clearly, older workers have contributed a hugely significant amount and will continue to do so as much of the infrastructure that supported them in their youth stays in place in society when they reach middle and advanced age.

This is a popular point people make around keeping older workers, but it’s popular for a reason. Many longtime professionals have experience collaborating with younger bosses. They bring skills, ideas and a breadth and depth of knowledge that is much different than — but just as valuable as — the tech-savviness that younger workers often bring to their jobs. Also, plenty of older workers are tech-savvy too. More on that in a bit.

Many employers don’t realize they should be hiring from both of these demographics. Combining the modern, up-to-date technical skills of a younger workforce with the big picture, long-term problem solving skills of older workers can create a whole greater than the sum of its parts.

Related: How to Become a Better Leader Through a Crisis

3. They help create long-term organizational knowledge at your company

During the “Great Recession” of 2007-2009, I heard tongue-in-cheek remarks that the first thing you should do when you get hired at a new company is update your resume to be ready for an inevitable layoff. During the health crisis of 2020, I heard similar remarks in Silicon Valley and around the country.

The truth is, workers nowadays never seem to stop preparing for their next job. In fact, young people have been jumping around from job-to-job at a higher rate than anyone else for years. According to ADP statistics, between 2014 and 2018, workers under 25 had the highest turnover rate at 4.1%. This trend continued in 2020, when so many people moved to different cities or states. Younger workers often move for reasons beyond how much they’re paid, too. Sometimes it’s simply because they can. They usually don’t have spouses or children potentially keeping them in one place.

Hire older employees with established families, who might not desire as much change, and who place a higher value on stability rather than mobility. It could mean team members who develop experience around how your company functions and who have a desire to be a part of its long-term growth.

4. They’re more technology-savvy than you think

Workers who used a computer that, when booted up, gave them a blinking cursor and not much else, have skill sets that most tech companies would kill for. An engineer who did his or her calculations using a chalkboard and a slide rule instead of a graphing calculator can bring critical thinking, analytical and problem-solving skills to the table that originate from a much different perspective than the average millennial.

Older generations often have more experience both learning and accomplishing new things because they’ve been doing just that in their careers for quite some time. Younger workers are often surprised by a person who’s accomplished daunting tasks using what Gen Zers might refer to as “primitive tools.”

5. Older workers are not that different from one another

Although workers both over and under 50 have many seemingly generational differences, both studies and anecdotal evidence show that the different demographics want similar things out of a workplace.

A recent study done by FlexJobs shows that both groups want to be engaged at work, and they value work-life balance. Moreover, the supposedly non-tech-savvy older workers felt that they could be more productive if they telecommuted, much like their millennial counterparts. They expressed this sentiment even before the health crisis began.

When looking at who to hire, don’t put as much importance on age and stereotypes about skill levels. Go beyond by meeting each applicant where they’re at, with a focus on the undervalued skills both older and younger workers may bring to the table. It’ll give new insight into what the future of your company could look like.

Related: Hire Your Next Remote Team Member from One of These 20 U.S. Tech Hubs

How to Host Better Virtual Meetings