The helix-shaped building is inspired by nature; from DNA to the Milky Way.

After Jeff Bezos left control of the company in the hands of Andy Jassy, they also unveiled their plans to build their new offices as a futuristic building inspired by a double helix.

The 107-meter-high space is designed by the NBBJ architecture studio. According to The Washington Post , the study was inspired by nature for double helices, from the DNA strand to the Milky Way galaxy.

On social media, the design of the new building was compared to a Christmas tree, while others remembered the Tower of Babel. However, some less impressed thought it was like the poop emoji. But in general, it has been well accepted compared to the buildings that are commonly seen. 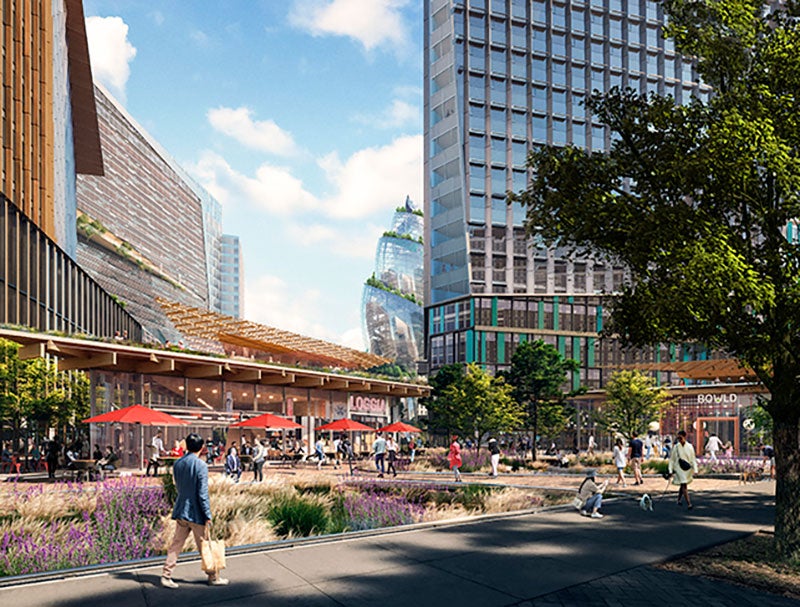 According to the medium, the building will be more than just cubicles. The spiral-shaped structure will have trees and terraces along the side corridors, thus “evoking the feeling of walking in the mountains.”

But that’s not all, the company wants the building to blend in with the Virginia neighborhood, so it will offer a community center, amphitheater, dog park, and even new bike lanes.

“It is not just about work. But how you interact with your community ”, explained the architect Dale Alberda, director of the NBBJ studio.

7 Steps for Standing Out on LinkedIn

What You Need to Understand Your Customer