Like Dr Martin Luther King, Jr., I had a dream, but it was never to start a business. It was to find security. But I have since learned that my pursuit was an illusion.

The people who raised me encouraged me to find a job, work hard and take my pension at the end of my career. As the first person in my family to graduate from college, I had more opportunities than my parents and grandparents, but I inherited their caution.

But over the years, I’ve come to believe that true security comes not from playing it safe, but from taking chances. As an aspiring entrepreneur, I found guidance from a superstar of Black history: Madam C.J. Walker, the daughter of slaves born one year after the Emancipation Proclamation who went on to become the nation’s first female self-made millionaire, and who once said, “Don’t sit down and wait for opportunities to come. Get up and make them!”

I took her words to heart as I conceived SHElettaMakesMeLaugh.com, my multimedia podcasting platform. It launched February 1, 2020 in honor of Black History Month. Like many entrepreneurs, I started my business because my own circumstances allowed me to see a need that I was uniquely positioned to fill. I am amplifying Black voices, in part, because I was tired of having my own silenced.

Related: It Doesn’t Take a Rocket Scientist to Solve the Racism Problem in Business

I’m an Emmy Award-winning broadcaster with 20 years of experience in radio and television, but as an African-American woman, I’ve had to fight for every job I ever got, always working to prove my resume was not a fluke. I’ve grown accustomed to being passed over for jobs I was clearly qualified for, and surely, I’m not alone. Mainstream media has traditionally ignored the contributions, celebrations and concerns of communities of color. Throughout my career, I’ve sat in newsrooms pitching stories that my white colleagues didn’t understand or value.

Too often, the only appearance of a Black person on a newscast is in a mugshot from a police department. That’s part of the reason why the Los Angeles Times and The Kansas City Star both recently apologized to their Black readers, admitting their historically biased coverage of African-Americans.

So I was ripe to hear the words of Tyler Perry when I happened to be watching the 2019 BET Awards. In his acceptance speech, he said something so profound that it liberated me: “Instead of fighting for a seat at the table, build your own.” In that moment, I saw that my way forward was to become my own boss, not just for myself but for other talented African-Americans whose voices had been muffled or muzzled.

I founded SHElettaMakesMeLaugh as a podcasting platform for Black folks, a place to share our stories and talk about our concerns with listeners hungry to hear voices like their own. I connected with Black subject experts who had been shut out of traditional mainstream media and gave them a spotlight to share their knowledge as hosts. We launched eight different podcasts, with themes ranging from travel to mental health to autism awareness to corporate diversity, fashioning ourselves as a one-stop-shop for cultural relevance and creativity. 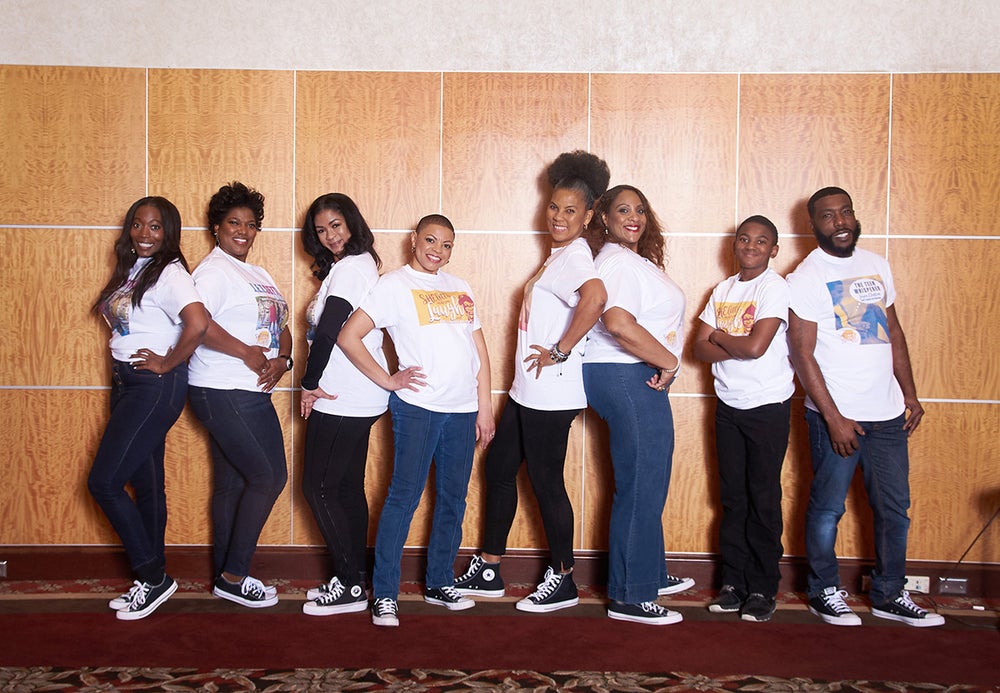 In addition to finding outstanding Black talent, I bought equipment and software and found a marketing partner. I put up my own money, took a loan from my parents and was heartened by the promises of several investors who were ready to join me.

I was plowing full speed ahead until the pandemic hit and paralyzed the world. Two months after announcing my startup, the hustle stalled. I had to cancel my meetings with advertisers who wanted to partner with the company. I couldn’t have my engineer, an immunocompromised cancer survivor, set up my studio. Investors who’d promised working capital pulled back as the economy tightened. But when I called the podcast hosts with the discouraging news that I didn’t have money to pay them, something magical happened: They all agreed to do their shows for free until I could make the turn with finances.

I cried me a river, so overwhelmed by their generosity and willingness to work for a future they believed in. That gave me the strength and energy I needed to pick myself up out of my pity party and get back to work. I figured out how to use that equipment, put together a marketing strategy and produced all the podcasts myself. We moved ahead with a spirit of Black excellence.

My thoughts again turned to Madam C.J. Walker. As she achieved her success, she said, “I want you to understand that your first duty is to humanity. I want others to look at us and see that we care not just about ourselves, but about others.”

As we moved ahead and recorded the podcasts, we didn’t just talk about what’s going on in the world at this pivotal time. We used our podcast as a platform to bring positive change to our community. After George Floyd was murdered, we created a podcast that was the first and only town hall with Black community leaders and police officers. When the city’s grocery stores were burned down during the riots, our hosts collected and passed out food. When schools shuttered because of Covid, we held virtual workshops to help parents who have kids with special needs locate resources and therapy. We held online listening sessions for teens battling mental health issues and offered a free counseling session for those who couldn’t afford a therapist.

When I heard about the Small Business Administration’s Paycheck Protection Program, I thought it was a dream come true for an enterprise like mine. But by the time my number came up, it had become an absolute nightmare. Instead of the federal relief money going to small businesses struggling to keep going and pay their employees, the dollars were doled out to corporate giants like GoDaddy, Rick’s Cabaret and, believe it or not, that “small businessman” Tom Brady.

When I checked in with other Black women business owners who’d applied for PPP loans, I learned that none of them, not one, had received a red cent from a program that was supposedly designed for folks like us.

Once again, we saw that it wouldn’t be the government or the banks that would help us survive this crisis. That job would fall to other Black female entrepreneurs — strong accomplished visionaries determined to succeed and help each other do the same. And once Again, I was inspired by the words of Madam C.J. Walker who said, “I am not satisfied in making money for myself. I endeavor to provide employment to hundreds of women of my race.”

Three of my podcast hosts, Dr. Verna Price, Tina Cormier and Evette Washington own their own businesses. While they were donating their talents so that I could keep my podcasting platform going, I started working for them, too. I told my corporate connections about Dr. Verna’s executive coaching sessions and how they needed to have her come in to help keep their employees motivated. She landed contracts for workshops out of those referrals.

My husband works in the medical field, so we made sure his hospital contacts knew about Tina’s healthcare consulting business. She gained several new clients. And whenever I spotted a social media post about a friend moving to a new city, I referred them to Evette’s apartment locator company. She was able to help dozens of them find a place to live.

We were united in our determination that Covid-19, which has taken so much from our community, would not make a casualty of our dreams. The reason my company is still alive and serving our listeners is because Black women made sacrifices and doubled down on me when times were tough. And I did the same for them.

Related: “As a Black Female Founder, I Know Times Are Hard. Here’s How I Push Forward.”

As I look back over the tumult of 2020, I am proud that I can celebrate my one-year anniversary this Black History Month and forge ahead to unlimited possibilities in 2021. And I like to believe that Madam C.J. Walker would be proud.

Why the Franchise Industry Will Boom in 2021