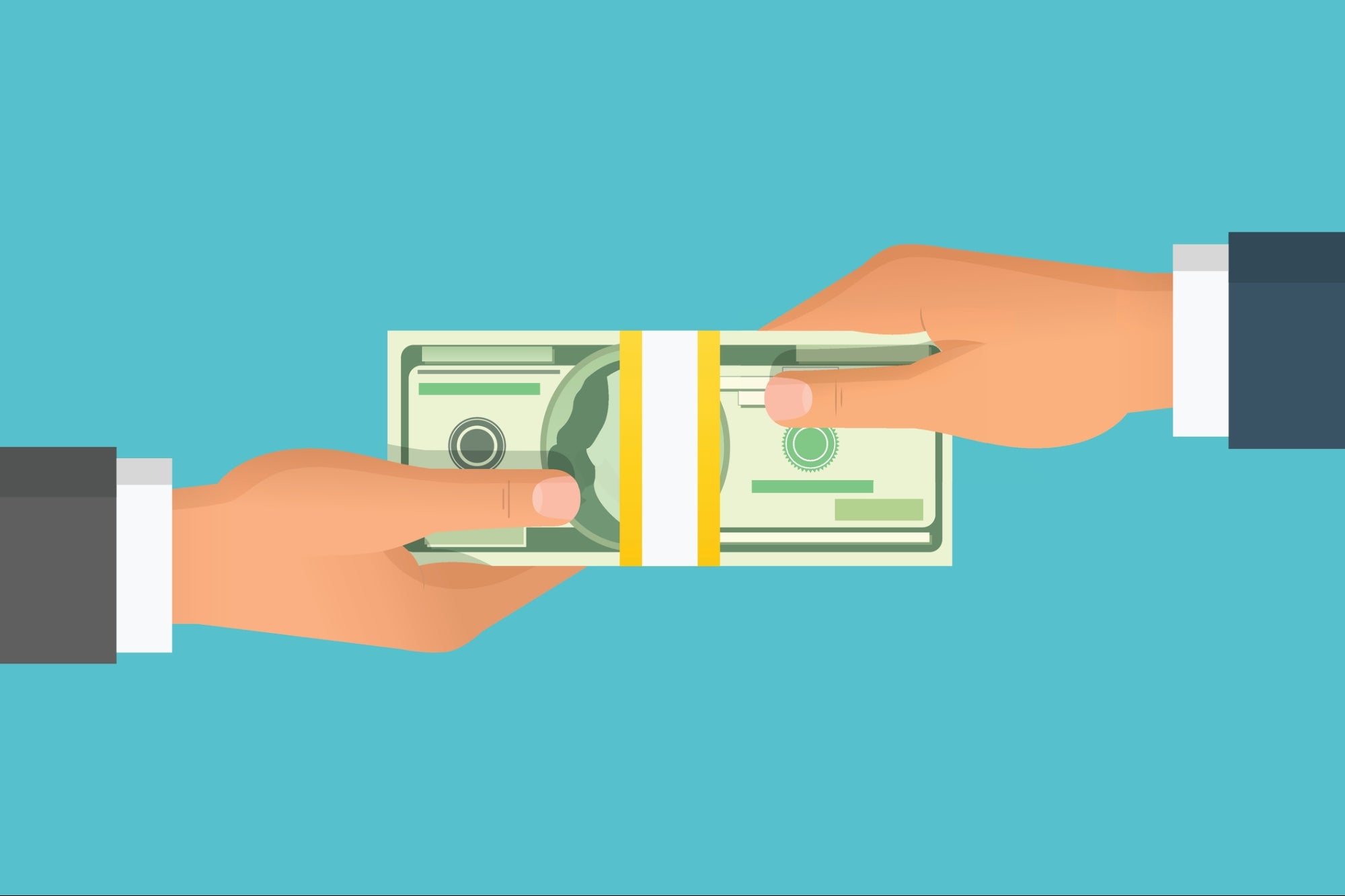 “I can get you an article in Forbes and Entrepreneur! These high-level articles will be tailored to showcase your story. The price is $5K.”

That was an actual pitch sent to me, from someone who didn’t realize that I’m editor in chief of Entrepreneur. (Whoops!) Pitches like this have become common; they’re often sent to entrepreneurs via DM on social media, from people who claim to be “publicists” or “marketing specialists.”

Many entrepreneurs ask me: Is editorial coverage actually for sale?

The short answer: No! But unscrupulous people do try to take advantage of the system — and if they succeed, their work is often eventually discovered and deleted. That makes it a bad investment for you.

To get a better understanding of what’s going on, here are some frequently asked questions about how the media works — and how pay-for-play happens.

First, what publications are we talking about here?

We’re talking about big, established brands that employ professional journalists. These are brands like Entrepreneur, Fortune, Forbes, Inc, Fast Company, BuzzFeed, the New York Times, the Washington Post and so on. Brands like these operate with traditional journalism standards, which prohibits editorial coverage in exchange for money or other favors. You may quibble with the quality or fairness of an individual article, but I’m telling you — nobody on the staff of publications like these would accept money in exchange for coverage. It’s unethical and would be career suicide.

The internet is, of course, full of many lower-tier media brands, whose names I won’t mention. These brands are generally launched by people who do not have journalism backgrounds, and they may be more open to pay-for-play. I cannot speak to what’s happening there.

Who writes for these big publications?

This is where it gets tricky. Above, I said that “nobody on the staff of publications like these would ever accept money in exchange for coverage.” But staff aren’t the only people who write articles. There are three general categories of people who write, and it’s important to understand the difference.

1. Staff reporters and editors. These are people like me. We are employed by a media company, and if we took money in exchange for writing editorial, it would be an industry scandal.

2. Freelancers. These are the trusted independent contractors of journalism. They’re people who have a background in journalism, often have worked full-time as a writer or editor, and now do project-based work for various media outlets.

If you flip through Entrepreneur magazine, for example, you’ll often see stories written by freelancers. They’ll often pitch ideas to us; if we like something, we’ll assign it at a certain word length, for a certain fee, with a certain deadline. Also, sometimes we’ll generate an idea in-house and decide that a particular writer is the best person for the job — so we’ll reach out to see if they’re interested and available.

3. Contributors. This generally refers to people who are not professional writers but who have been invited to write for a media outlet’s website because of their expertise on a certain subject. Entrepreneur, Forbes, Fortune and many other publications have what’s called “contributor programs,” which are formalized ways in which experts can develop a writing relationship with the publication. (Entrepreneur’s is called Entrepreneur Leadership Network.) However, this term can be confusing: Major newspapers, for example, generally do not offer these kinds of programs, but may use the term “contributor” to refer to their freelance reporters, op-ed writers, or other people who are not on staff.

Contributors are expected to abide by a publication’s ethics rules, which include not accepting money in exchange for editorial. Speaking specifically about contributors to online business publications: These contributors are generally not compensated financially for their work, though some publications offer deals based on traffic performance. These people tend to write because they consider it a business asset; they’re able to publicly present themselves as authorities in their fields.

Now, here’s where it gets tricky. Sometimes, bad actors will try to game this system. They’ll apply to become a contributor, get accepted and then start selling access into the articles they write. If they aren’t a contributor themselves, they may develop value-exchange relationships with contributors — say, by doing something for the contributor in exchange for them writing about a client.

What happens to a story that’s pay-for-play?

I’ll speak for Entrepreneur: Hopefully we find it quickly, and then we delete it. We generally also delete everything the writer has ever done for us and then ban them from ever contributing again. I cannot speak to the specific policies of all publications, but I know that my colleagues elsewhere take this issue seriously as well.

How do you discover a story that’s pay-for-play?

There are many ways to do it, but here’s one of the best ones: People tip us off! Oftentimes, when someone receives a pay-for-play solicitation, they forward it to me or another member of the staff. Then we do an investigation, trying to identify what articles are connected to the person soliciting money. Once we figure it out, we delete.

If you have received a solicitation like this, please forward it to me. My email is at the bottom of my website.

What about links for SEO? Don’t people try to sell that, too?

They do! This is why all the links in our contributor stories are nofollow links. They will do nothing to boost anyone’s SEO.

This is an advertising service. Many publications (including Entrepreneur) have teams that produce brand-sponsored content for their trusted adverisers. Although the final result may look and feel like editorial, there is a key difference: It must be labeled as advertising.

Someone offered to get me on a “Top Entrepreneurs to Watch” list. Is this real?

Probably not. Large publications tend to have annual lists — things like our 100 Powerful Women list every October, or Forbes’s established 30 Under 30 lists. These lists are overseen by editorial staff, often with freelancer help, and are never pay-for-play.

Not long ago, a friend forwarded me a solicitation from a so-called “publicist” that went like this: “The article will be featured in Entrepreneur Digital Magazine, the title of the article is ‘Top Influential Women to Follow in 2021.’ Oprah will be the featured woman and #1 on the list.… Our company focuses on SEO and ranking articles and positioning — this article will get a minimum 30,000 – 50,000 reads.”

That list never existed — or at least, nobody inside Entrepreneur ever knew about it or intended to publish it. (Also, “Entrepreneur Digital Magazine” is not a name we use.) I don’t know if this “publicist” just made the list up or if that person was working with some contributor who thought they could get it past an editor. Either way, the list never ran. I hope nobody paid $10,000 to be on it.

In short: These lists, should they ever actually be published, are a violation of journalism ethics and standards. They’re also a waste of your money.

What’s the deal with publicists? Don’t people pay them to get editorial coverage?

Yes and no. A publicist’s job is to help you get coverage. However, a publicist cannot guarantee press coverage. That’s because the publicist is not involved in the actual creation or publication of a story.

A good publicist has two primary assets: They know how to frame your story in a way that specific media outlets may find interesting, and they have strong relationships with writers and editors. This doesn’t mean the writer or editor will be interested in your story, but a good publicist can at least get them to pay attention. Many publicists, however, aren’t what I’d call good publicists. They just send massive email blasts, which I and my colleagues generally delete without reading.

Do I need a publicist to get press?

Absolutely not. It just takes more legwork. For more on that: Here’s an Entrepreneur webinar I did on how to get press. And every Monday on my Instagram, I do what I call Inbox Monday — sharing lessons from pitches I receive.

What about press releases? Isn’t that a thing?

Yes, but they’re often not the best way to tell your story. People email press releases to my colleagues and me every day, hoping that they’ll lead to coverage, and we tend to delete them without looking. Personalized approaches are always better. (Watch that video I linked above!)

Here’s one press release trick to look out for, though: Sometimes, deceptive publicists will equate press releases to editorial coverage.

Recently, for example, I saw a publicist on Instagram bragging about the clients he placed on large websites. He posted about a client who was “featured on MarketWatch” and another that was “covered on Yahoo Finance.” But the clients didn’t receive editorial coverage on those sites. They just paid for a press release to be posted there.

Some websites, including Yahoo Finance and MarketWatch, publish press releases that were distributed through wire services. Yahoo explains it this way: “Yahoo Finance news is aggregated from a variety of content providers, including company press releases provided by newswire companies.” Those press releases are clearly marked and formatted, and are not promoted or presented as editorial. They’re also rarely seen by readers.

If you paid a publicist to get you editorial, and you got this instead, then you should seriously question whether your money was well spent.

What red flags should I look for when someone approaches me about getting press?

If someone is a publicist, make sure they’re not guaranteeing coverage. Ask them for a proposed publicity plan, and get references from their past clients.

If anyone offers you a guarantee of coverage in a particular publication, in exchange for a fee, then run away.

Mets General Manager Jared Porter Was Fired for Sending Inappropriate Texts to a Reporter. How Could the Team Have Avoided This Hiring Disaster?