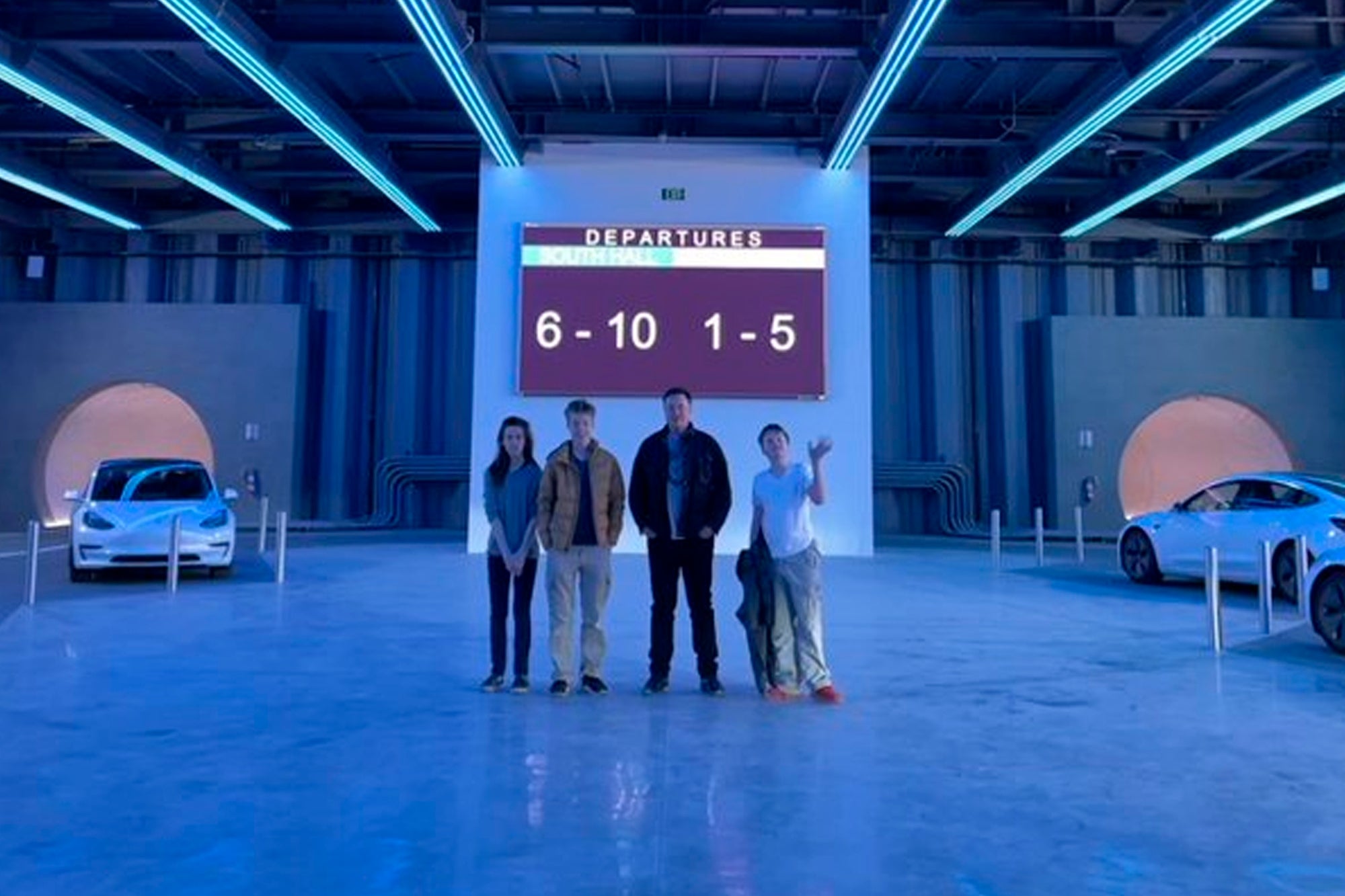 The Boring Company, founded by Elon Musk, was in charge of the Vegas Loop project, a large underground tunnel that will streamline tourist transport in the city.

This Sunday, Elon Musk visited the Vegas Loop mega tunnel , built by his drilling company The Boring Company . With this underground tunnel , the tycoon seeks to revolutionize tourist transport , as it will take people from one end of the city to the other using Tesla vehicles .

The Vegas Loop consists of two twin one-mile (1.6-kilometer) tunnels, which form a loop. It connects the Convention Center with the Las Vegas Strip , creating an alternative, high-speed subway system. Passengers will be transported in autonomous Tesla cars and it will operate alongside public buses, taxis and the monorail. It is estimated that its cost would be between 35 and 55 million dollars.

The CEO of Tesla and SpaceX showed off the work with a photo on his Twitter account . Musk shows up in the waiting area with three of his older children, one of the rare times he shows them on social media.

Under Vegas in @boringcompany tunnel yesterday with my boys pic.twitter.com/tLfOuiEdFm

The image also shows three Tesla Model 3 vehicles, in which residents and tourists they will travel under the city.

Last December, The Boring Company shared images of what the futuristic passenger entrance and exit stations will look like.

The 49-year-old billionaire said that whenever possible he will debut the mega tunnel with a themed party .

“‘Fallout’ themed housewarming party for Vegas Loop as soon as allowed!” Musk wrote on his personal Twitter , referring to a post-apocalyptic roll video game he’s a fan of. In fact, Tesla included a variant of the game, called ‘ Fallout Shelter’ , in the software update of their cars.

It is projected that with future expansions, the tunnels will reach McCarran International Airport, Allegiant Stadium, downtown Las Vegas and eventually the city of Los Angeles.

Infographic: Pros and Cons of Working With Your Partner