A 28-year-old former pizza delivery man managed to create a sportswear brand valued at more than a million dollars.

Approximately 80 ´influencers´ from the fitness sector supported Gymshark to reach two million followers on Tik Tok , more than many giant sports brands have managed to obtain.

Gymshark is a sports brand originated since 2012 by the young British Ben Francis, 28, where it has generated great profits and millions of followers due to its participation with influencers. In order to compete with the big players in the sector, Francis proposed an unusual strategy, which consisted of attracting all those influencers involved in the ‘ fitness’ world of different social networks, instead of what is ordinarily used which is the typical registry of sports stars to make them the face of a brand. Francis thought in an original and different way than usual.

Gymshark offers smaller amounts for its endorsements to its competitors, ranging from $ 6,000 to more than $ 100,000 annually, according to Forbes estimates. Likewise, it does not require them to comply with a series of drastic conditions, letting them do what they want, as long as they wear their clothes. 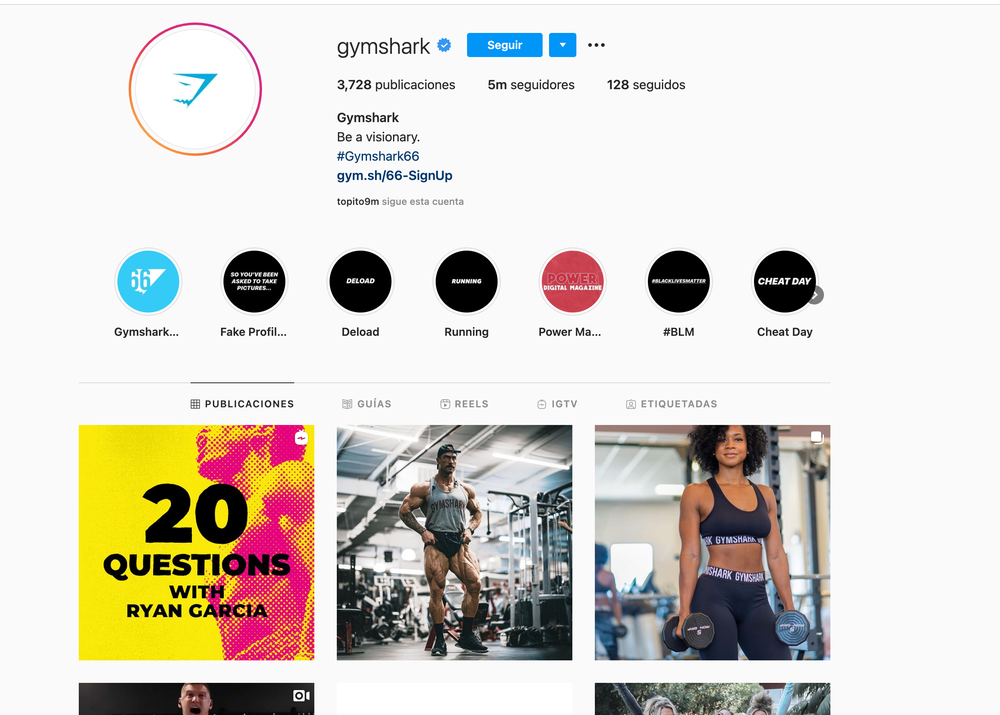 As a result of its strategy, the 80 ´influencers´ hired by Gymshark in the ´fitness´ world have allowed the brand to obtain more than 2 million followers on Tik Tok. Massively surpassing the 700,000 users who follow Nike on the short video social network.

Before Francis worked as a pizza delivery man to raise the money necessary to found his company, he disclosed that the approach helps him to reunite members of the so-called generation Z with unconventional methods, is mentioned in a comment cited by Forbes.

Gymshark’s strategy has generated a very admirable financial increase, in which last year its revenues increased by 40 percent to $ 330 million.

In August, 21 percent of the company was acquired for $ 300 million by the General Atlantic company, where Francis’ stake is $ 90 million remaining as the primary leader. Giving a total value of 1,400 million dollars of the company.

That said, Francis hopes to develop the logistics area in the near future to make quick deliveries of its products and increase its presence in the United States. The young entrepreneur compared Gymshark’s success to the fame of the company founded by Steve Jobs.

“When Apple started, it was embraced by architects, creatives, and other kinds of cool kids. Our fans count their macros and they know how to properly deadlift, ” Francis concluded.

How to Avoid Isolation as a Freelancer