Dry January is just about wrapped, but for the non-alcoholic-beverage industry, returns have been anything but sobering. In recent years, a bumper crop of near-beer manufacturers, booze-agnostic distilleries and boutique-seltzer brands — among other similar upstarts — has reaped the rewards of folks generally looking to dry out or augment their consumption. And as we get deeper into this pandemic, there’s even more of a clamoring for cleaner alternatives that still approach the sensation of an intoxicating pint or snifter.

Entrepreneur spoke with representatives from four companies who went into 2021 with a vested interest in appealing to both passingly sober-curious and resolutely reformed consumers about marketing around Dry January with an eye on long-term customer retention. The bottom line? Their glasses are definitely more than half-full. 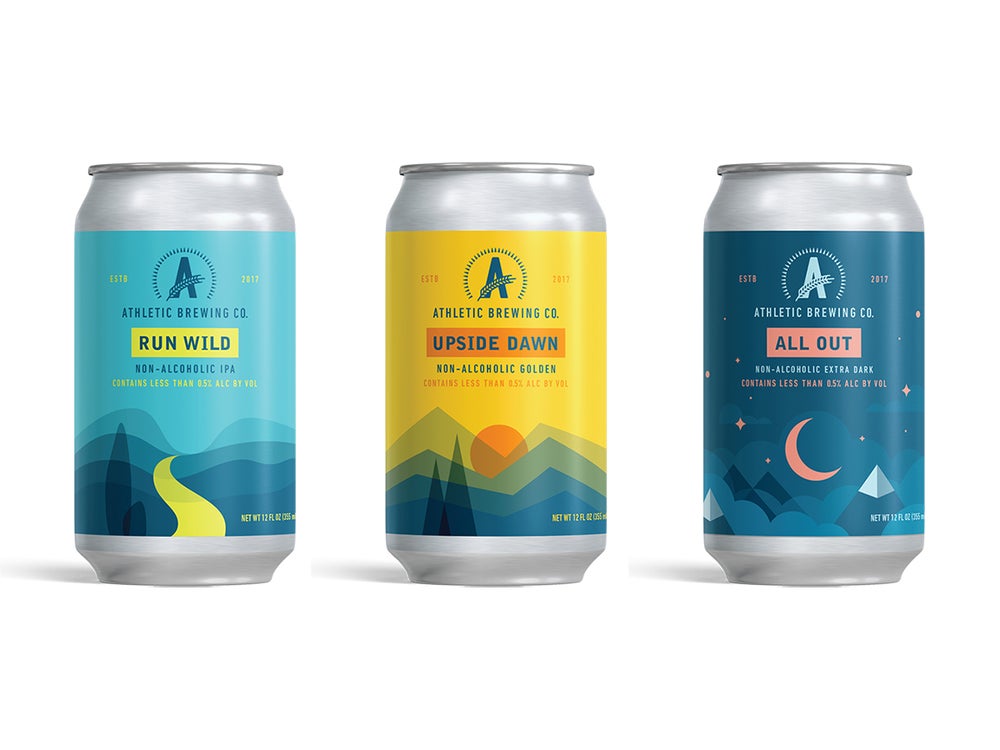 The non-alcoholic offerings: A suite of virtually 0% ABV craft cans ranging from its seasonal All Out Sout to the year-round Upside Down Golden Ale. And, yes, they also make seltzer.

Its approach to Dry January: Meeting it head-on. Athletic unveiled Dry January Survival Packs in the weeks leading up to 2021, along with a corresponding media campaign and significant homepage emphasis on their website. As co-founder Bill Shufelt tells us concerning Dry January, “There’s not an urgency to it, but it’s really nice to have such a receptive audience, where the rest of the year we’re going out hard to find people proactively.”

The results: Shufelt is happy to report that Athletic “didn’t even make it to January” before selling out of their inventory of 10,000 Survival Packs. “Just anecdotally, it seems like we were getting significantly more engagement on all of our social media channels” compared to last year at this time, Shufelt reports. “And our website traffic year-to-date through the first five days of the month was up 90%.” Nevertheless, the pandemic has wrought consequence: While some might assume that bars being closed would be a boon to Athletic, Shufelt clarifies that “our beers go great at bars and restaurants when they’re on the menu and can be some of the top-selling beers,” so that has been a loss of both revenue and word-of-mouth buzz.

Its approach for February and beyond: Perhaps paradoxically, not being pigeonholed as the beer maker for people who don’t drink beer that gets them drunk. “We’re all aboutbeing inclusive,” Shufelt says. “Words like sober or vegan are kind of outdated these days. People can be sober for a day, a month, an hour. I would say a majority of our customers do drink alcohol from time to time. They just also love having great-tasting beer and relaxing at other times as well.” 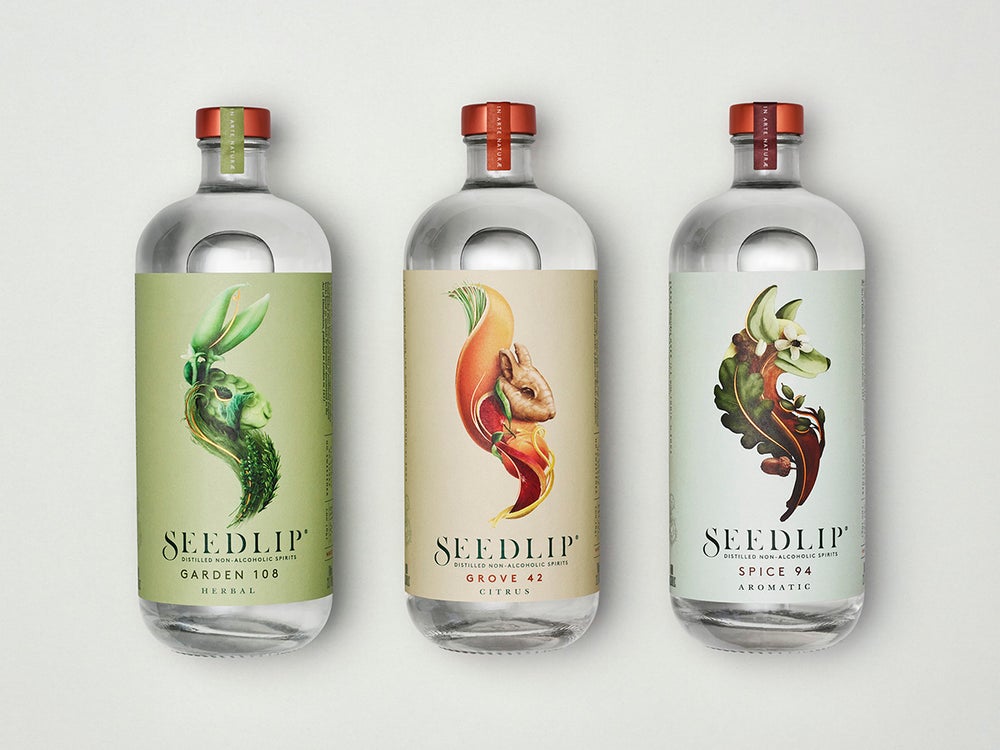 The non-alcoholic offerings: In 2015, branding guru Ben Branson paid homage to his family’s centuries-old farming tradition by launching this line of distilled non-alcholic spirits infused with botantical extracts with variteies including Citrus and Spice. When poured over soda and ice, they evoke light apéritifs — just without the heady punch — or make for sophisticated virgin cocktail mixers. They also come in very handsome bottles that might outclass your top-shelf gin.

Its approach to Dry January: “January is a great time for us to educate both consumer and trade, particularly on the why and how,” says Branson. “Whether people are looking to cut back on alcohol, or cut it out for the month of January, we do always see a lot of traffic to our website, Instagram and Facebook from existing customers as well as new ones; people looking for inspiration and recipes for delicious tasting drinks.” Seedlip also ushered in this year with a new initiative dubbed, “We Are Nature.” In Branson’s words, it expresses the company’s “commitment to celebrating and protecting the natural world, ensuring we do our bit and beyond and better serve what makes our brand a reality: nature.” Naturally.

The results: Reflecting the market’s growing popularity, Branson says that, “Over time, there’s been a steadily increasing interest and search for non-alcoholic drinks and mocktails. It’s been a more gradual and sustained climb, though we naturally see a boost in January.” However, Branson also acknowledges how the lingering pandemic has attuned people to how they want to treat their mind and body once this subsied. “In years past, [increased interest in the New Year has] been a result of consumers simply seeking an alternative for Dry January,” he explains. “But now, I feel the majority of people are simply looking for a better choice based on quality, flavor and, overall, leading a more moderate and health-conscious lifestyle.”

Their approach for February and beyond: “It’s all about flavor,” Branson sums up. “Occasions like Dry January or Sober October are great gateways for products like ours, but I really believe that once you taste Seedlip, you get it. We can all relate: wanting or needing or trying not to have alcohol for however long but still wanting a seat at the table. A flavorful, sophisticated drink that takes as much time and attention to create as higher-proof cocktails. This is good hospitality.” 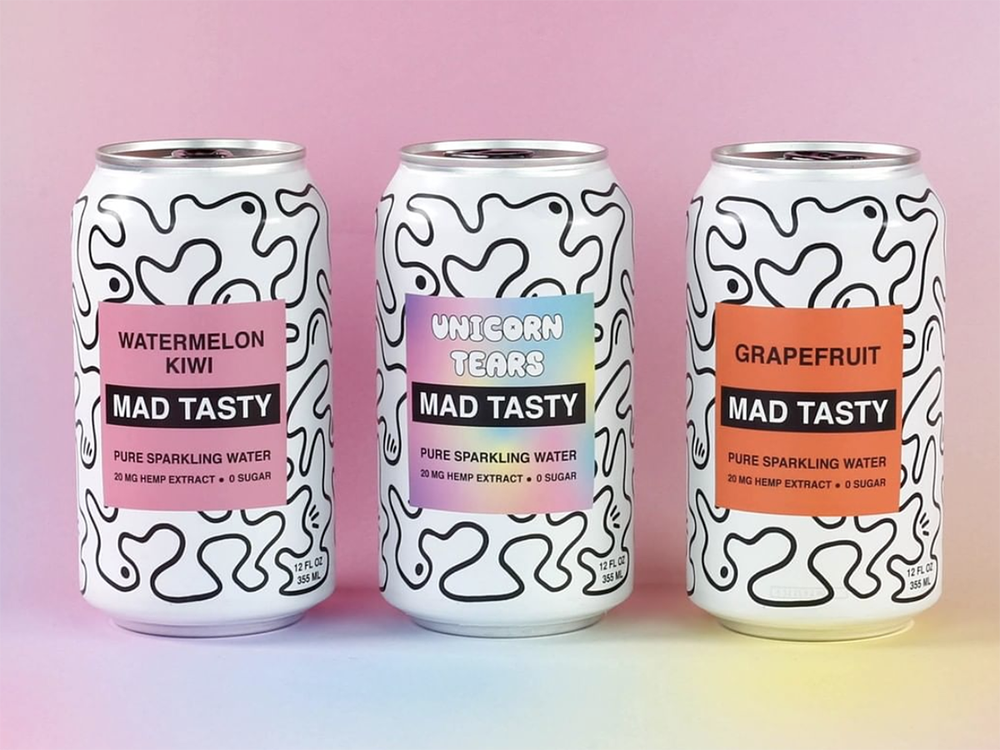 The non-alcoholic offerings: Combining a pair of trending crazes, Mad Tasty — created by Ryan Tedder of multi-platinum band OneRepublic in 2018 — offers hemp-infused sparkling water in flavors such as the self-explanatory Watermelon Kiwi and more whimsical Unicorn Tears (not to be confused with Polar’s Unicorn Kisses).

Its approach to Dry January: “Our main goal was to get involved with a trending conversation, such as moderation, and talk through how Mad Tasty is relevant,” shares Leila Khoury, Mad Tasty’s director of marketing. “In this case, we are focusing on educating consumers on hemp and the plant’s benefits and the refreshing and fun-tasting experience of the beverage.”

The results: Khoury concedes that, since Mad Tasty only brought product to market in 2019, there isn’t a ton of year-over-year data. She also explains, “In a traditional beverage cycle, cold beverages’ sales tend to dip in the colder months, including January.” But, despite that trend line, Mad Tasty is “projecting to bring in more new consumers this month than we saw in any month last year.”

Its approach for February and beyond: Krisen Bareuther, Managing Director at First Bev Ventures, one of Mad Tasty’s investors, is realistic. “Dry January, from a non-alcohol perspective, might not be a long-running boom.” Still, she adds, “it is a unique period of intentional product discovery by consumers” and, as a result of the pandemic, “consumers shifted their on-premise consumption to their homes, and despite consumers feeling like they were drinking more, data suggests consumers drank somewhat similar quantities of beverage alcohol.” So, from Mad Tasty’s point of view, as consumers are “actively seeking out better-for-you and palate-pleasing non-alcoholic alternatives, and with direct-to-consumer and ecommerce grocery consumption rapidly growing, there is a strong opportunity for a new-to-market player to win long-term if they can translate this ‘discovery’ interaction into a consumer’s ongoing moderate drinking lifestyle.”

Related: How Plant-Based Brands Are Infiltrating the Beverage Industry 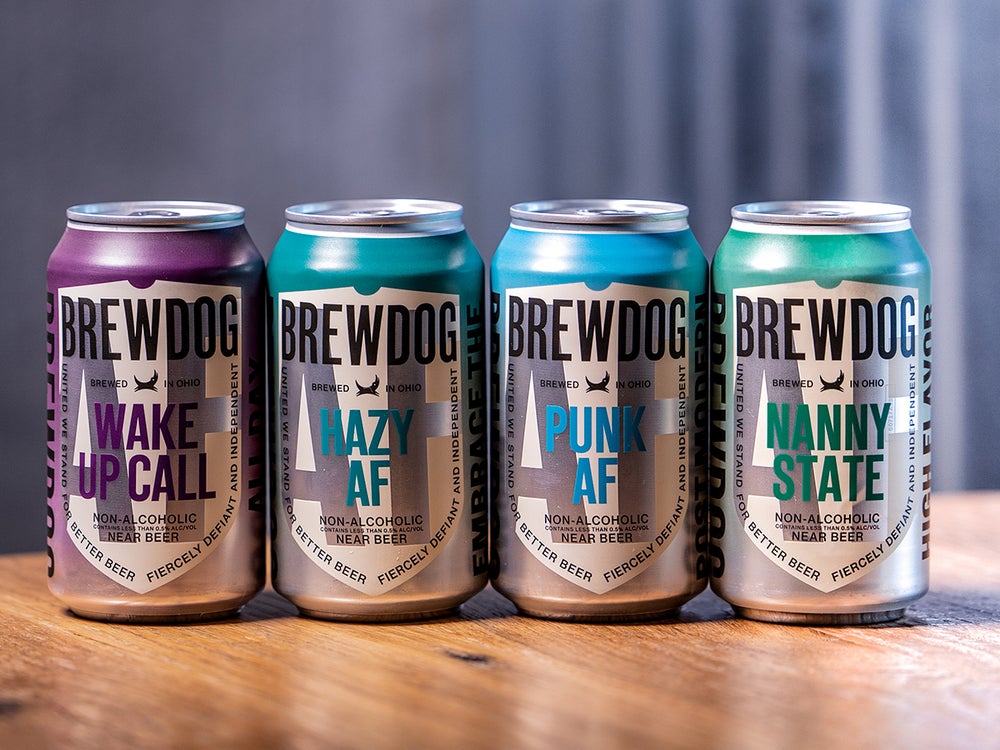 The non-alcoholic offerings: Unlike Athletic, BrewDog dabbles in alcoholic products as well, but their investment in the sans-alcohol space is no joke. Near-0% concoctions include the genuinely espresso-y (which might be on account of the 39 mg of actual caffeine) Wake Up Call stout and Ghost Walker IPA, a collaboration with Virginia heavy metal luminaries Lamb of God.

Its approach to Dry January: As a pioneering craft-brewing entrant in the non-alocholic realm, BrewDog hasn’t focused disproportionately on the hubbub surrounding Dry January. Jason Block, CEO of BrewDog USA, says, “BrewDog launched the first-ever non-alcoholic mixed pack in the industry, giving drinkers an easier opportunity to find a non-alcoholic option that best suits their preferences.” Block and BrewDog’s hope is that their early foothold in the market and spectrum of product takes some of the pressure off competing for the season’s surge in interest.

The results: Block enthusiastically reports that non-alcoholic sales were up 425% year-over-year in 2020 and that, “When zeroing in on our distributor accounts, non-alcoholic sales are up by more than 100%” compared to 2019, boding well for momentum in 2021. “Three of our 10 best-selling brands are NA beers,” he confirms, which to Block indicates there is “no end in sight for this category.”

Its approach for February and beyond: “Making waves in a new category within the craft brewing space is no easy feat,” Block attests. “Throw in a pandemic, and you have somewhat of a perfect storm. However, we’ve noticed consumers are using their time home to try new things, especially beer. That’s one reason they’re coming in the door. Another driver is general lifestyle changes and people being more conscious of what they consume. When consumers try a non-alcoholic beer that tastes as good as a real beer and aligns with their personal goals, they keep coming back throughout the year.”

7 Secret Ways to Save Money Shopping on Amazon

Building a Business on Ownership Mentality and Meaningful Customer Relationships