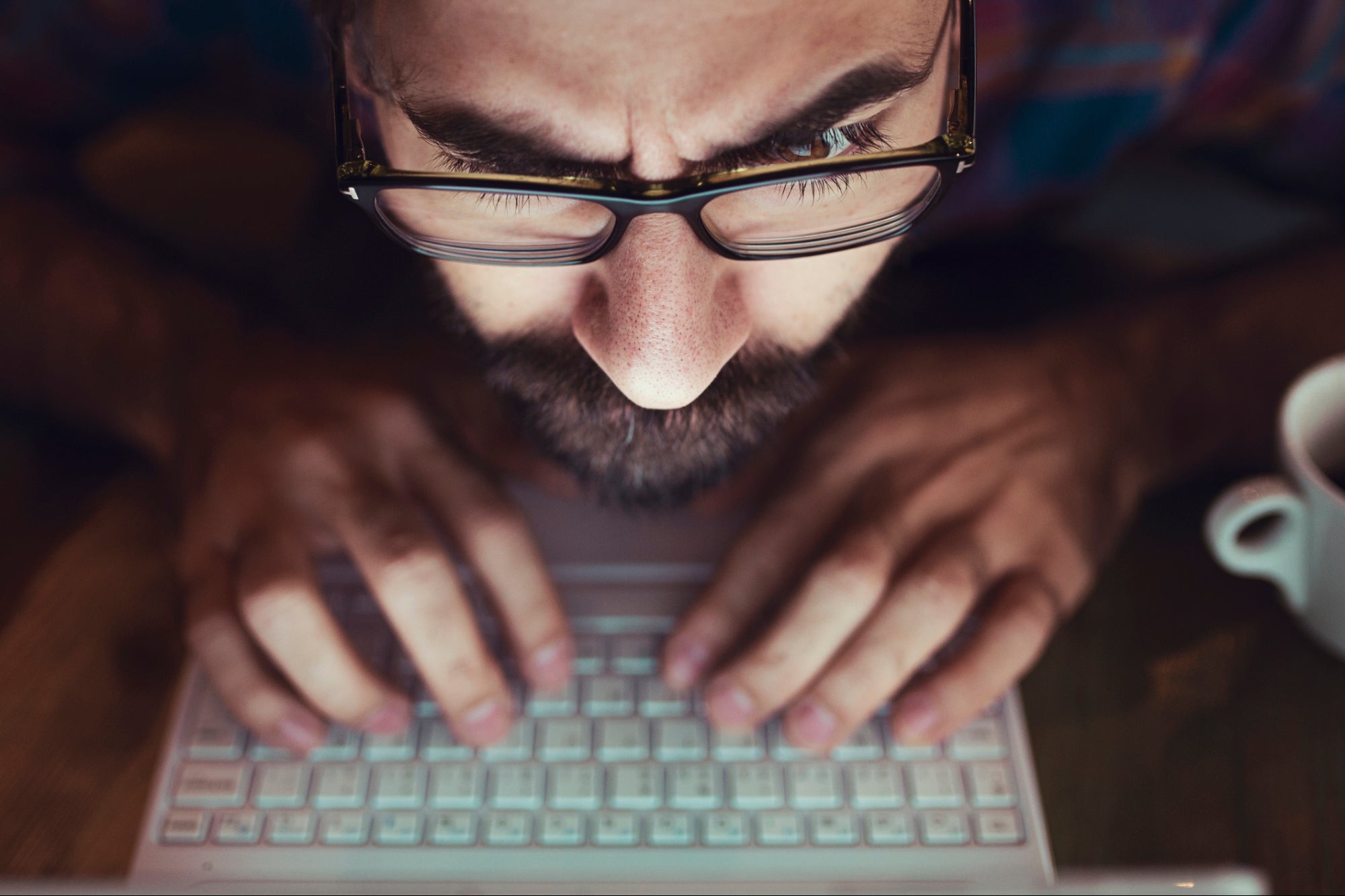 Some years ago, on a typical underwhelming, cloud-ridden day during my travels to London, I rested against a wall outside a vegan takeaway joint in Soho, eating what seemed to be a guacamole taco. It was my latest attempt to improve my traveler’s diet. As I ate, I scrolled through Facebook on my Blackberry Bold (yes, it was that long ago) to pass the time. Since I always make it a point to follow our clients’ social media accounts so as to better stay in touch, I came across a new post from an insurance company client of ours who had signed up for our executive reputation services only a few months earlier. Their social media manager had posted a typical stock photo with an inspirational quote about security for family. But what struck me wasn’t the post itself — it was the fact that it had unusually high engagement with over 600 comments. Curious, I opened up the comment thread and saw a spew of negativity. Not about the post, not about the products — but about the company. And they all said pretty much the same thing: “You don’t care about your employees, so why would you care about your customers.” And another, “I hope your company fails and everyone leaves. You deserve it.”

With a deep sigh, as I scrolled through hundreds of similar comments, many from the same profiles as well as some commenters without photos, I quickly realized it was a targeted attack. Images of what must be going on internally at the client’s HQ ran through my head. Social media was still quite young as a concept, and proactive strategies for a crisis of this kind were not commonly implemented.

It only took 15 minutes for me to receive the call. Awkwardly brushing off taco crumbs, as if I couldn’t take a phone call without having a clean appearance, I answered cheerfully and seemingly unaware. Of course, it was the aforementioned client. (And, by the way, don’t eat vegan tacos with a suit. They crumble into dust because they have no ingredients to hold the taco together.)

The call was from the executive vice president of the company. Apparently, a human resources manager had done a utilization inspection and found four people who were not really productive and were unnecessary hires. These employees didn’t have daily tasks as their departments were in a camouflaged area, and so they were just let go. In a company with 4,000 employees, I could see how this would happen.

It turns out that one of the employees had just found out she was pregnant. Distraught and worried about the future, she had returned home and who knows what exactly transpired next. It seems supportive family and friends had turned to social media in what would become a coordinated smear campaign, mixed with trolling and cancel-culture vibes. Unrelenting and without remorse, these supporters had made it their mission to decimate every online asset possible with negativity. The hate campaign was designed to crush a “corporate giant” to get justice for a wrong and lasted about a week. Only after six months did the client find, through subpoenas for IP addresses and e-mail addresses, those involved in the trolling. In this scenario, there was no logic to the hate. The matter could have been resolved with a few carefully worded concerns from the family or an attorney, and we would have likely seen the employee reinstated. But human behavior is an interesting topic (I’ll save that for another article).

While our client survived the hate campaign through an arbitration model we put together with Facebook and Google, it was a classic case study of an Internet mob wreaking havoc on a brand and its executives. Once the pitchforks come out for you, it’s almost already too late. It’s also pretty scary just how quickly it can happen — today, a random troll or even a bot can make a single defamatory post and it starts trending on Twitter. Before the PR team can even react, there’s an outcry for boycotts and a significant backlash.

There’s still hope, though. There are ways to deal with online haters and trolls, and a company with a good handle on its online reputation is already ahead of the game. There is a strategy to resolve each problem and spoiler alert — arguing in an open social media or digital environment is not effective. Even so, a brand that finds itself at the mercy of a loud group of naysayers will have a significant amount of work to do to get its reputation back.

No situation is the same and every brand or company is going to face negativity online at some point. The anonymity that the Internet provides sometimes brings out the worst in people. A few random comments here and there might not be anything to worry about, but if the issue continues to grow, there has to be a response. The first thing a company should do when it faces online backlash is to hire a professional to manage its response. A misstep can often make the situation go from bad to worse, and a cohesive crisis management plan is critical. It’s worth the price — a company will not only benefit from the expertise of a professional reputation management firm, but they will also avoid costly mistakes.

Trolls are people on the Internet who make it their life’s mission to provoke others into embarrassing, angry responses. Their reasons for this are varied, but they’ll often achieve their ends by posting inflammatory or controversial content. There’s often no reasoning with these people, but some companies (Wendy’s, for instance) have been able to build a reputation for having witty comebacks that can shut trolls down. Wendy’s Twitter account is famous for its roasts of online hecklers, and it provides a good lesson for other brands to mirror.

Generally, the best option for dealing with trolls is to monitor their posts but avoid engaging with them. Another option is to take the high ground and try to handle their complaints, if legitimate. Remember, there’s a wider audience on social media, and they’ll be watching your company’s response. While the troll might not be swayed, the rest of the people viewing the exchange can learn a lot from how your brand responds.

Related: What to Do When You Wake Up to a PR Crisis

There are sometimes legitimate complaints behind inflammatory posts or content. In these cases the company needs to take a hard look internally and fix the issues that have been identified. Some honest action that accepts responsibility and strives to correct the problem can pay dividends for a brand’s image. Honesty and the act of taking responsibility is the greatest defense.

If customer service is lacking, address it. If a company has unethical practices, fire the offenders and fix the problems. Issue a public apology if there’s truly something to be sorry for. Most of the time, a company can get through legitimate complaints and come out better for them on the other side. The key is to be as authentic as it’s possible to be on the Internet and to actually take steps to fix the problem going forward.

Related: How to Manage (and Repair) Your Business’ Online Reputation

They’re not going away

Unfortunately, there’s no sign that trolls or haters will be going away anytime soon. The Internet gives people a platform to voice their opinions, and there are some people out there who abuse that privilege and try to take down brands. Having a reaction plan for a social media crisis and hiring a professional can be critical, because in the midst of an issue, there’s no time to sort out these details. Brands often find that it’s easier to make things worse than better, but with the right response, they can manage an emergency and keep it from getting out of hand.