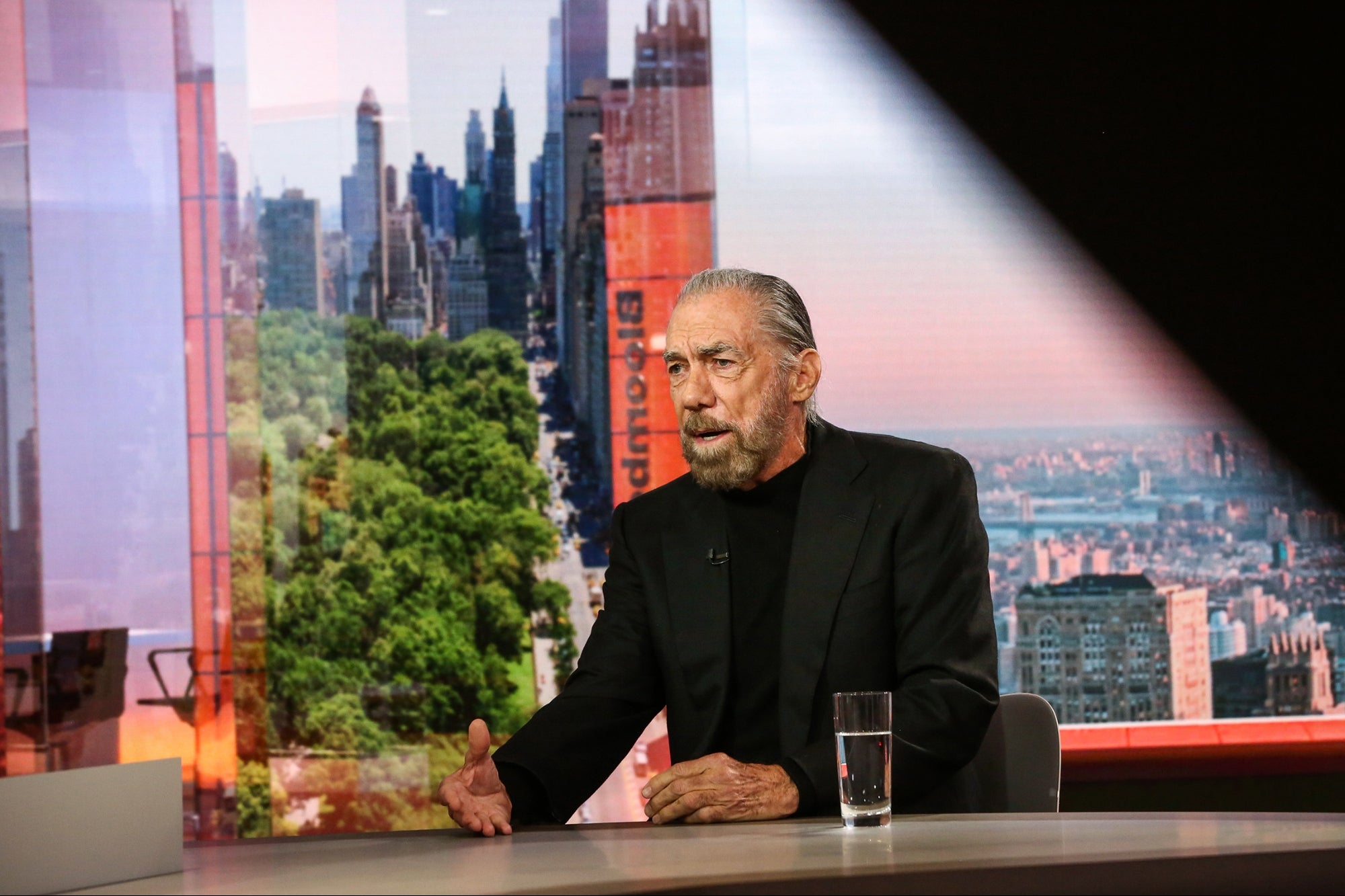 If you’re wanting to drive up revenue in the coming year — and who isn’t, really? — let the meteoric rise of John Paul Dejoria inspire you. Before the conscious capitalism maverick was a billionaire, he was first an encyclopedia salesman and even a janitor. To help his family with household expenses, he took on selling door-to-door Christmas cards when he was just nine years old.

Dejoria’s first big break almost didn’t happen. When he and hair stylist Paul Mitchell co-founded John Paul Mitchell Systems in 1980, the primary investor dropped out at the eleventh hour, leaving them just $700 of borrowed money to get their operation off the ground.

Dejoria was living in his car at the time. Talk about bootstrapping: According to an interview with Reuters, the budget was so lean that the reason for the company’s iconic black-and-white logo was because they couldn’t afford to print in color.

Fast-forward 40 years and John Paul Mitchell Systems now serves 87 countries. Dejoria’s other major venture, Patrón tequila, sold to Bacardi for $5.1 billion in 2018. Not bad for someone who used to order one 99-cent happy hour margarita, get free chips and salsa on the side and call it dinner.

Related: Success Unshared Is Failure: the Philosophy That Took This Mogul From Homeless to Billionaire

It’s safe to say Dejoria knows a thing or two about selling and success. So here are four of his best tips to help you dust yourself off and hop back into your business when times get tough.

In an interview with Inc., Dejoria disclosed he doesn’t use email. Y’all — he doesn’t even use a computer. This is one of the 400 richest Americans, according to a real-time tracker from Forbes, and someone who says about 10 of his companies require at least some personal attention from him. Chances are he’s busier than you, so if he can fend off digital distractions during work time, you can too.

An email or direct message is nice to get the ball rolling, but nothing beats the rapport that comes with human-to-human conversation. If you’re looking to sell and make deals for years to come, prioritize landing your coin through personal connection and rapport.

They say your network is your net worth. If serial entrepreneurship is something you see yourself pursuing in the future, make face time a priority in the months and years to come, even if it doesn’t result in a sale right away. You could set yourself up for a lucrative partnership or introduction down the road.

2. Have a product customers love to re-order

Dejoria noted in a 2017 CNBC interview that “You don’t want to be in the product business. You want to be in the reorder business.” The data backs him up; according to research from Bain & Company, an improvement of just five percent in customer retention can lead to a 25 to 95 percent increase in profits.

If recurring purchases of the same product are a part of your business plan, make it a priority to develop a world-class product. Then back it up with world-class customer service. When customers love their experience, they become enthusiastic referral partners, which does wonders for acquiring new, high-profit clients.

Related: VCs Want to See Product-Market Fit: Here’s How to Prove It

It can be easy to let a series of rejections get you down, whether they be literal slammed doors in your face or just radio silence in your inbox. Successful entrepreneurs aren’t necessarily the ones who are most adept at sales or marketing, but rather the ones who persevere and get back up quickly when they’ve been knocked down.

Research has found that rejection can drag down both mood and self-esteem, two critical resources entrepreneurs must stop at nothing to protect. Do whatever is needed to keep your head in the game.

Related: The First Thing These Famous and Successful People Do Every Morning

In a 2020 interview for the Tim Ferriss Show, Dejoria gives a hopeful and inspiring anecdote: “In the end everything will be okay, and if it’s not okay, it’s not the end.” It’s a peaceful and comforting outlook from someone who’s gone through, among other experiences, the unexpected passing of his co-founder. Paul Mitchell contracted pancreatic cancer and passed away in 1989 at 53 years old, leaving Dejoria to continue growing the company.

As entrepreneurs, it can be easy to get laser-focused on granular details and lose sight of the big picture: Building a business that is personally fulfilling, helps others in need and changes the world for the better. If you find yourself too far down the rabbit hole, come back up for a bit and reconnect to the real world to recalibrate yourself.

Many of us don’t have an extensive background in sales or business. If you’re an entrepreneur, however, you’re likely to encounter failure and rejection often as you get started on your journey. Look for ways to keep your fire burning bright, and you’ll soon see yourself make progress on building an empire of your own.

Will Retailers Need a POS Terminal After Covid?