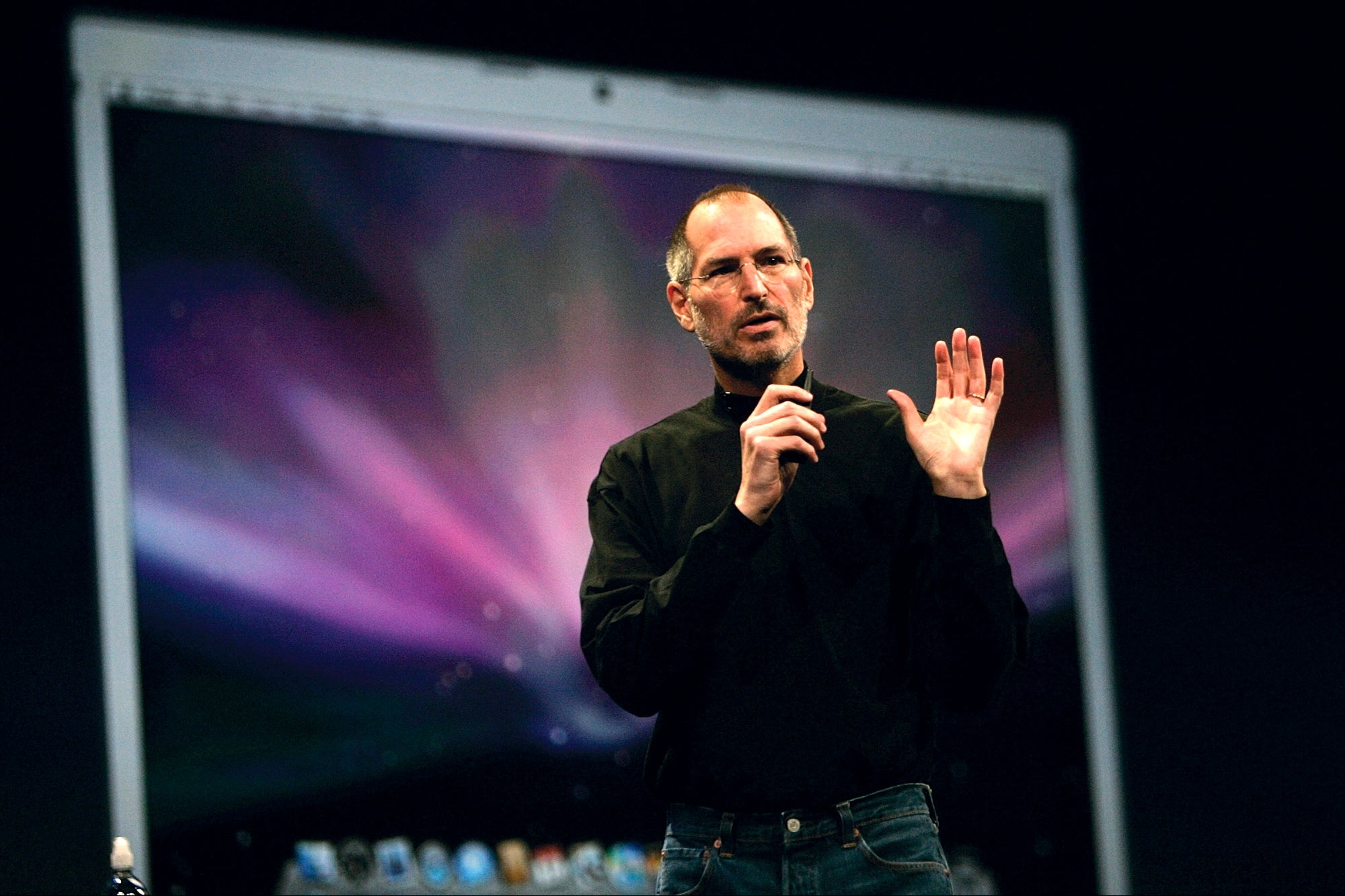 The following excerpt is from Unreasonable Success and How to Achieve It: Unlocking the Nine Secrets of People Who Changed the World, out now via Entrepreneur Press. Purchase from Amazon | Barnes & Noble | Bookshop | IndieBound | Entrepreneur Press.

It is not enough to be resilient and get over setbacks; to be unreasonably successful, you must learn to positively thrive on them. No one knew that better than Steve Jobs.

In 1985, Jobs was brutally fired from the company he had founded. Jobs sold all his shares — 11% of Apple — bar one solitary share. This was not the action of a man planning a comeback. He was out, it seemed, forever.

Can you imagine what that must have done to the man who thought he was a genius, the man who had created the Macintosh — possibly, despite its weaknesses, the greatest product leap forward Silicon Valley had ever made — and was now frozen out of Apple? To add insult to injury, Apple shares soared almost 7% when his departure was announced.

He then immersed himself in something called NeXT. The product was a high-end workstation sold only to colleges and universities. NeXT was a caricature of Jobs’ search for a spectacular product, along with all his worst indulgences and habits. He started by paying $100,000 for a logo, a perfect black cube. Because the logo was so beautiful, Jobs insisted that the computer should also be a perfect cube, which was expensive to manufacture. Jobs built a fancy futuristic factory, complete with white walls, $20,000 black leather chairs and an impossibly grand staircase which seemed to float in space. The head office had one of these too.

The product went on the market in mid-1989, some two years late. It had some great features, such as the Oxford dictionary and complete works of Shakespeare. The computer had an optical read/write disk, but no backup floppy disk. The optical disk had high capacity but was slow. Jobs had promised his academic market that it would cost between $2,000 and $3,000, but it came out at $6,500. If you wanted a printer, it was another $2,000, and an additional $2,500 for an external hard disk. NeXT expected to sell its factory capacity of 10,000 computers a month. Only 400 a month were sold.

Related: Driving the Road to Success

NeXT was a magnificent flop — Jobs at his most expansive and least commercial. Yet the venture served a function for Jobs: It distracted him from being fired from Apple, it kept him in the digital game, it preserved his self-respect as a player in the brave new world, it gave him valuable lessons in how not to create a viable business, and most of all, it eventually paved the way for his return to Apple, when it was in even worse straits than NeXT.

While NeXT limped on, Jobs’ obsession with digital images and computer animation pulled him ever deeper into another massive learning experience. After leaving Apple, he had become the majority investor in Pixar, whose main product was the Pixar Image Computer. It sold for $125,000, mainly to digital animators and graphic designers (think Silicon Valley serving Hollywood). Disney was Pixar’s biggest customer. Alongside the hardware, Pixar had two other products: software for the computer and a small sideline making animated movies. While running NeXT, Jobs provided Pixar with ideas and board supervision, but neither were fruitful. By 1991, Pixar was in the intensive care ward. It could neither sell enough of its very expensive kit, nor invent a new mass-market product. Jobs had sunk nearly $50 million into Pixar. Then serendipity intervened.

In 1988, John Lasseter, the creative genius behind Pixar’s animated films, had made Tin Toy, a very short movie about a toy called Tinny and the boy who plays with the toy, seen from the latter’s perspective. A brilliant little piece of work, Tin Toy became the first computer-generated film to win an Oscar. Lasseter and Jobs had become friends and soulmates. Jobs loved computer animation and had bankrolled Tin Toy.

In 1991, Michael Eisner, the larger-than-life workaholic boss of Disney, and Jeffrey Katzenberg, head of the Disney film division, who had been hugely impressed by Tin Toy, tried to lure Lasseter back to Disney. But Lasseter was loyal to Jobs and told Disney no. Then Katzenberg tried to get Pixar to make films for Disney, and to give Disney exclusive rights to the Pixar 3-D animation technology. After vigorous talks, in May 1991 a deal was agreed: Disney would fund and own the first new movie they collaborated on, together with the characters in it. And the massively successful Toy Story franchise was born.

You may know that Toy Story was a massive success, loved by critics, cinema-goers and Pixar’s bankers. Jobs insisted on an extravagant price for Pixar’s shares, yet they almost doubled on the first day of trading. Jobs’ stake, virtually worthless at the start of 1991, became worth $1.2 billion.

After Toy Story and the Pixar float in 1995, the next year saw another Jobs coup. He persuaded Apple to buy his ailing company NeXT as the price for his reinvolvement with Apple. Then in 1997, as Apple stared at the abyss of bankruptcy, the board begged Jobs to take the reins. He now understood that to fulfil his destiny, he needed Apple as much as it needed him. Jobs had become anti-fragile, a gambler who had twice been to the brink, yet came back stronger, poised for greatness.

Related: Steve Jobs and the 7 Rules of Success

There is a template for turning repeated reverses, eventually, into supreme triumph, just like Jobs did:

• Take big risks.
• Do not be dismayed if they don’t work out.
• After a disaster, keep going, but switch gears.
• Reframe the disaster.
• Unless you keep your original objective, immerse yourself in something different.
• Setbacks give feedback. You need reverses and are going to get them anyway. Use them to make you stronger, more robust to future failure and to gain new experiences. The disasters also make the eventual triumph sweeter.
• Never give up hope. You can’t know the future, but you must trust it. Remain fulfilled and coolly confident; jump when the big break beckons.
• Feed an intense sense of personal drama. What you will achieve matters — not just personally, but to the world.
• Expect catastrophes to be followed by great rejoicing, all the greater for what went before. A novel or movie that ends in failure is not a very good story. Reject the script — improve it, transcend it.

Thrive on setbacks. It is a way of thinking, a philosophy of life and a self-conceit essential for unreasonable success.

AstraZeneca Claims to Have the 'Winning Formula' for Its Vaccine