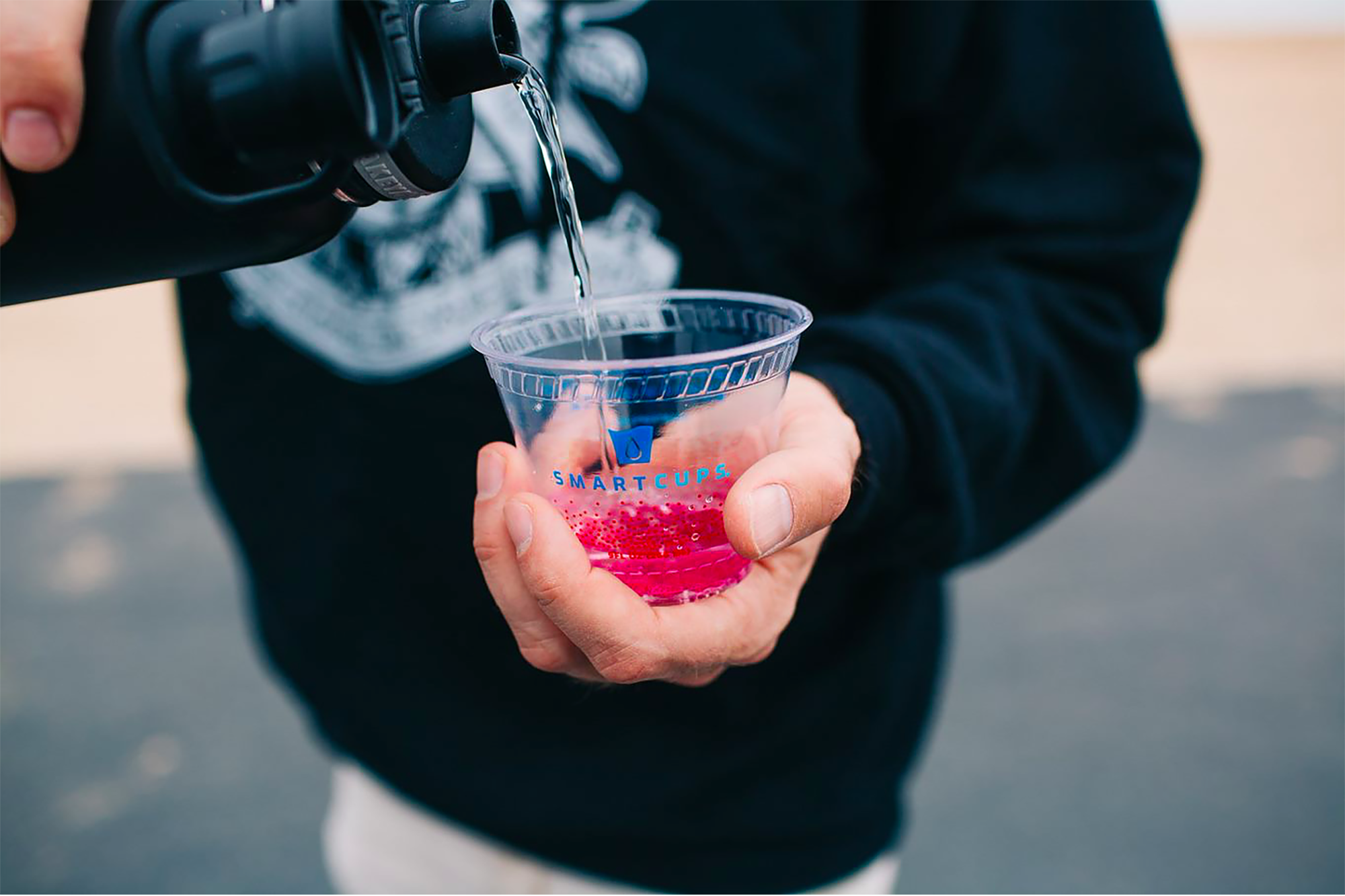 Chris Kanik, CEO and founder of Smart Cups, the world’s first printed beverage, took his earliest chemistry class at age 10. At 14, he’d joined a research team at Rutgers University, and by 16, he was fully enrolled in college courses. After a few twists in turns, including returning to finish out his high school studies and conceptualizing the core of a NASA-funded Rutgers project, Kanik ultimately launched Smart Cups, a product that has caught the attention and support of folks as wide ranging as Mike Tyson and film producer Rob Hickman.

We recently caught up with Kanik for some insight into how he went from teenage wunderkind to fully realized innovator and entrepreneur.

Can you tell us about your background? Where did you grow up?

My parents were first-generation immigrants. My mom came to the U.S. from Cuba, and my dad came here from Turkey. No one in my family was educated, and I grew up in a poor New Jersey community. Our local school systems were less than ideal, so my mother bused or drove me 45 minutes away each day to attend private schools on scholarship.

When did you start to peform at such an advanced level in school?

I consistently performed at a higher level than every grade they placed me in, and teachers regularly told my parents that I was beyond advanced. After running out of ways to challenge me, they handed me a college course catalog and asked, “What interests you?” and told me to pick a course. Like many other 10-year-olds at the time, I was a huge MacGyver fan, and I wanted to learn how to blow stuff up. Chemistry happened to be one of the course options, and I figured that would be the quickest way to learn to make things explode, so that’s what I chose. No one expected me to succeed since I was only 10 years old sharing a class with college students, but I ended up doing very well.

Related: Project X Knows What It Takes to Produce the Biggest Names in Music

How did teachers respond to you being so advanced at such a young age?

Looking back, I feel like they sometimes underestimated my drive. I remember entering a science fair and chose to study the degradation of aspartame in diet sodas while at room temperature. I learned that aspartame at certain temperatures would convert to something else because heat manipulates its molecular structures, so it’s no longer aspartame. So, I was like, “Oh, that’s interesting, because aspartame is not a good ingredient. It causes cancer, and who knows what that turns into while it’s on a shelf?” And I wanted to explore that.

I went to my seventh grade science teacher to explain what I wanted to do and asked for the equipment necessary for the project, and she said, “This is a little too advanced for you. Do you want to pick something else?” I insisted on doing the project, and she contacted the high school chemistry chair, who then took a meeting with me. This woman believed in me, mentored me and obtained university permission to do my research at Stevens Institute of Technology when I was 12.

When you graduated middle school, people told you to go straight to college. What was your family’s reaction?

My mom didn’t want me to go to college at such a young age. She wanted me to be “normal,” and she wanted me to stay close to home. So, my mentor put me in a research program at Rutgers University. I studied adipocyte fatty acid-binding proteins and knockout mice, and KFA BP knockout mice. My research helped show compensation occurring, which led to many accolades and additional scholarship offers.

You started studying at college at age 16. What happened after that?

I studied at college for a couple of months when I was 16, but I wasn’t emotionally ready for college. I went back to high school, and I eventually graduated at a “normal age.” After high school, I worked on a NASA-funded research project, creating biologically-based nanorobots at 18.

After graduation, I attended Cornell University as an American Chemical Society Scholar and started to burn myself out. I convinced myself that I didn’t want to do it anymore, and that pissed off many people around me. It was my roommate that talked me into staying by stressing the importance of the diploma.

How did you first come up with the idea of making a printable beverage?

The idea first occurred to me while I was at a crowded Taco Tuesday and couldn’t find a server to bring me a margarita. As I sat at the table waiting, I grabbed a pen and a napkin and began drawing out a protocol for making instant margaritas. The next day, I bought a bottle of Everclear alcohol and Maltodextrin and turned my kitchen into a lab. From there, the idea for Smart Cups was born.

What role do Rob Hickman and Mike Tyson play when it comes to Smart Cups?

Both Rob and Mike have been big supporters of Smart Cups for a long time. I first met Mike around four or five years ago, and he instantly loved the concept . Flash forward to this year, [his] company has acquired the license from Smart Cups to print cannabis on edibles.

What do you hope to achieve in the long run with Smart Cups?

Smart Cups is a sustainability-driven technology company whose mission is to provide a mindful path forward for the beverage industry. Our ultimate goal is to eliminate the transportation of liquid and reduce packaging for all consumables. There is a lot of data showing how the life cycles of products manufactured, plastics and emissions all adversely affect our environment and contribute to climate change.

Related: NFL Superstar Bobby Wagner on Creating a Vision Off the Field

As the world’s first printed beverage, Kanik has created a solution that eliminates the need to bottle and ship liquids. With the ability to print ingredients onto any type of surface, the Smart Cups technology reimagines the way beverages are manufactured, packaged, transported and consumed. With this, the company says they are working to create a new standard for environmentally conscious products.

Sony distributes 3.4 million PS5 only in its first four weeks