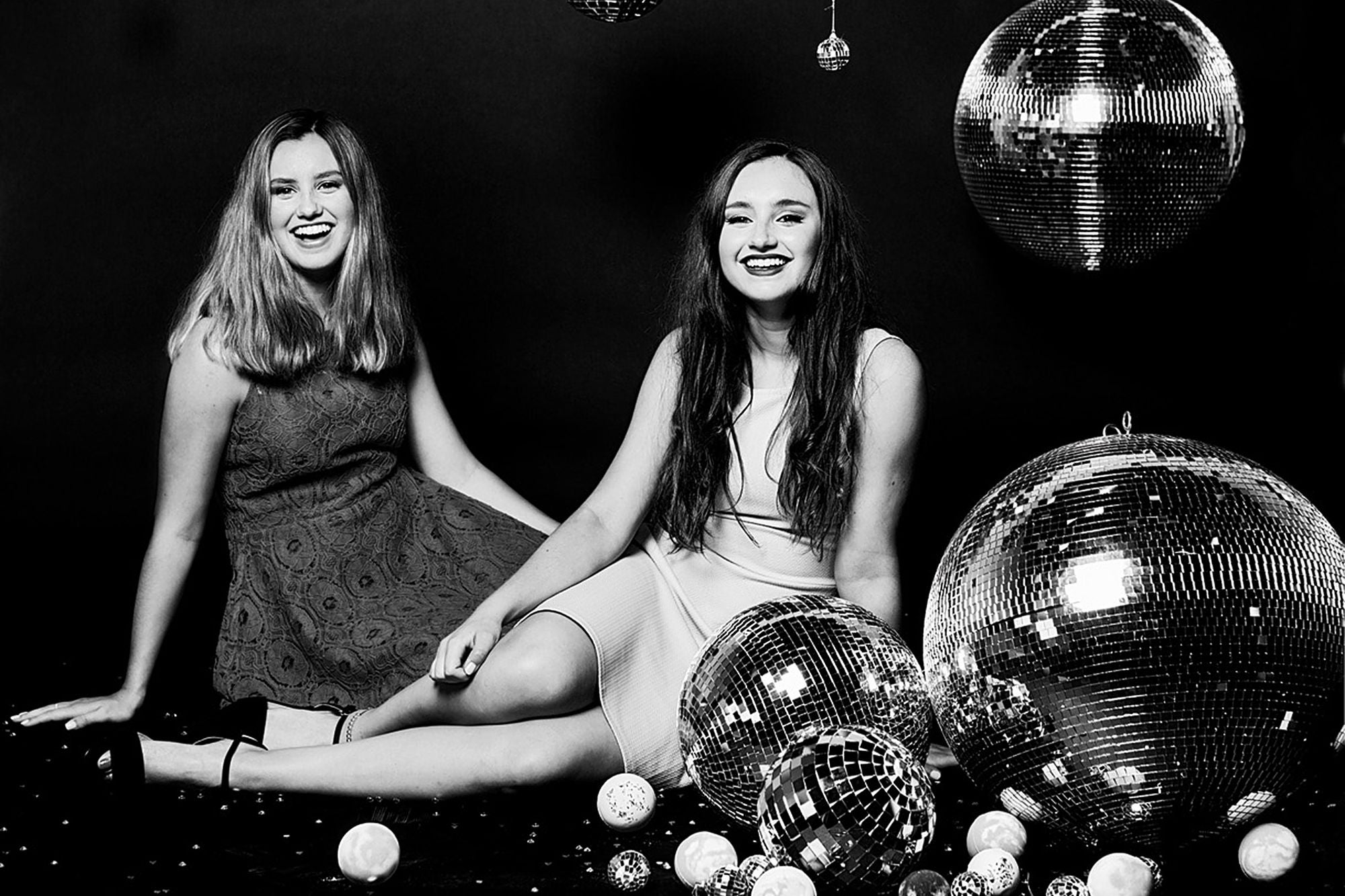 This story appears in the September 2019 issue of Entrepreneur. Subscribe »

Caroline and Isabel Bercaw were once obsessed with bath bombs. This was back in their middle school days, when their peers were equally obsessed with the bombs — powdery, fist-size balls that, when dropped in a tub, release an eruption of fragrance and color and fizz. And because the Bercaw sisters were student athletes, they’d spend a lot of time soaking after practice to soothe their sore muscles. Which meant even more time with bath bombs.

And that led to a giant mess.

“A lot of times the bath bombs would stain our tub, or even our skin, which was kind of scary for us,” says Caroline, now 17. So she and her older sister started experimenting at home, creating their own bath bomb recipes and adding a surprise in the center, like a small toy or piece of jewelry. They took a batch to a local art fair in Minneapolis to see if people would buy them. “We were definitely aggressive salespeople for 11- and 12-year-olds,” says Isabel, now 18. “We sold out that first day and went home to make more until 1 a.m.”

The girls spent the next year perfecting their recipe. They returned to the annual art fair the following year, this time armed with twice as much product. They sold out again. When a local salon owner asked if they did wholesale, the sisters started to see their bath bombs as much more than a hobby. “We realized it could become a real business,” Isabel says.

They started pitching their product to other local businesses, increasing their sales and learning with each new step. “We never had any formal business education, but our education was really our curiosity,” Isabel says. “We’d ask our parents questions, research online, call business owners. We’d just reach out to anyone. And I don’t know if it’s because we live in Minneapolis, but people were super nice and willing to help.”

The young founders enlisted their mom, Kim, to drive them around town with 40 pounds of product samples so they could deliver them to store owners and leave business cards. (“She didn’t want us to ride our bikes or take the Metro bus,” Caroline says.) By 2015, Da Bomb Bath products were being sold in 30 local shops, and following a successful trip to Atlanta for an international trade show in 2016, they had placement in stores across the country.

The Bercaws’ house, meanwhile, had become a nearly unmanageable bath bomb factory. Two full-time and eight part-time employees helped with production and administration. The living room and dining room served as the packaging-and-shipping department. The upstairs became storage. A bathroom was the test kitchen.

“Everywhere we turned, there were boxes of bath bombs,” Isabel says. “We were making 20,000 bath bombs a month in our basement.”

Related: Eco-Conscious Entrepreneurs Clean Up with a Soap Business

Then Target called, and everything changed. “Caroline and I had talked about Target as a big dream, and we thought maybe in five years we would be in a place to pitch the company,” Isabel says. “But then they came to us! And they wanted us in 1,800 stores. We knew we had to get our act together quickly.”

Their mom stepped in as CEO while the sisters focused on product development and marketing. Production and storage moved to a nearby warehouse. They worked to grow their account base, and they implemented software systems to boost operational efficiencies. And the girls enrolled in their school’s On the Job program, which let them use a certain amount of school time as work time.

“Our friends and school have been really supportive,” Caroline says. “Some people who don’t know us will come up to us and be like, ‘Hey, you’re the bath bomb girls; how much money do you make?’ I’d rather have them ask about what we do day to day, or what it’s like to sell a product. They don’t understand the work we’ve put into this. It’s not about money.”

Today, Da Bomb remains self-funded and generates more than $20 million in annual revenue. As the bath bomb market has, well, exploded, Da Bomb has managed to stand out among competitors, largely thanks to its signature toy or charm-surprise center — something the young founders long ago suspected would be a hit.

“Isabel and I were and are the market for these products,” Caroline says. “We knew what was exciting for us, and we also knew that a lot of products on the market focused on the relaxation aspect of bath bombs. And that’s great, but we saw the opening for the idea of fun and decided that’s what our brand would be about.”

In addition to bath bombs, the sisters have introduced a slew of other products, from bath salts to bath shots to body scrubs. Aside from Target, Da Bomb is now sold nationally at Ulta Beauty, Hot Topic, and CVS, among others. A new licensing agreement with Mattel has allowed Da Bomb to launch Barbie-branded items.

It’s a time of continued growth — for the company as well as for Caroline, who’s now a senior in high school, and Isabel, who just started her freshman year at a local college.

Related: How One Woman’s Cosmetic Company ‘Gramed Its Way to Insta-Success

“I want to explore my interests, but entrepreneurship is something I’ve always been passionate about, and it’s what I’m majoring in,” Isabel says. “Whatever Caroline and I do in our lives, we’ll be able to take what we’ve learned from this business and apply it to anything.” And while Isabel won’t be as involved in the day-to-day of the business while she’s at school, she knows she’ll get constant updates. Da Bomb is, after all, a family affair.

“We talk about bath bombs 24-7,” she says. “Sometimes we’ll be out to dinner and say, ‘We just need to be a family for 20 minutes.’ But it’s brought us closer. We always have each other’s backs.”

Make 2021 Your Year of Growth with These Growth-Hacking Strategies