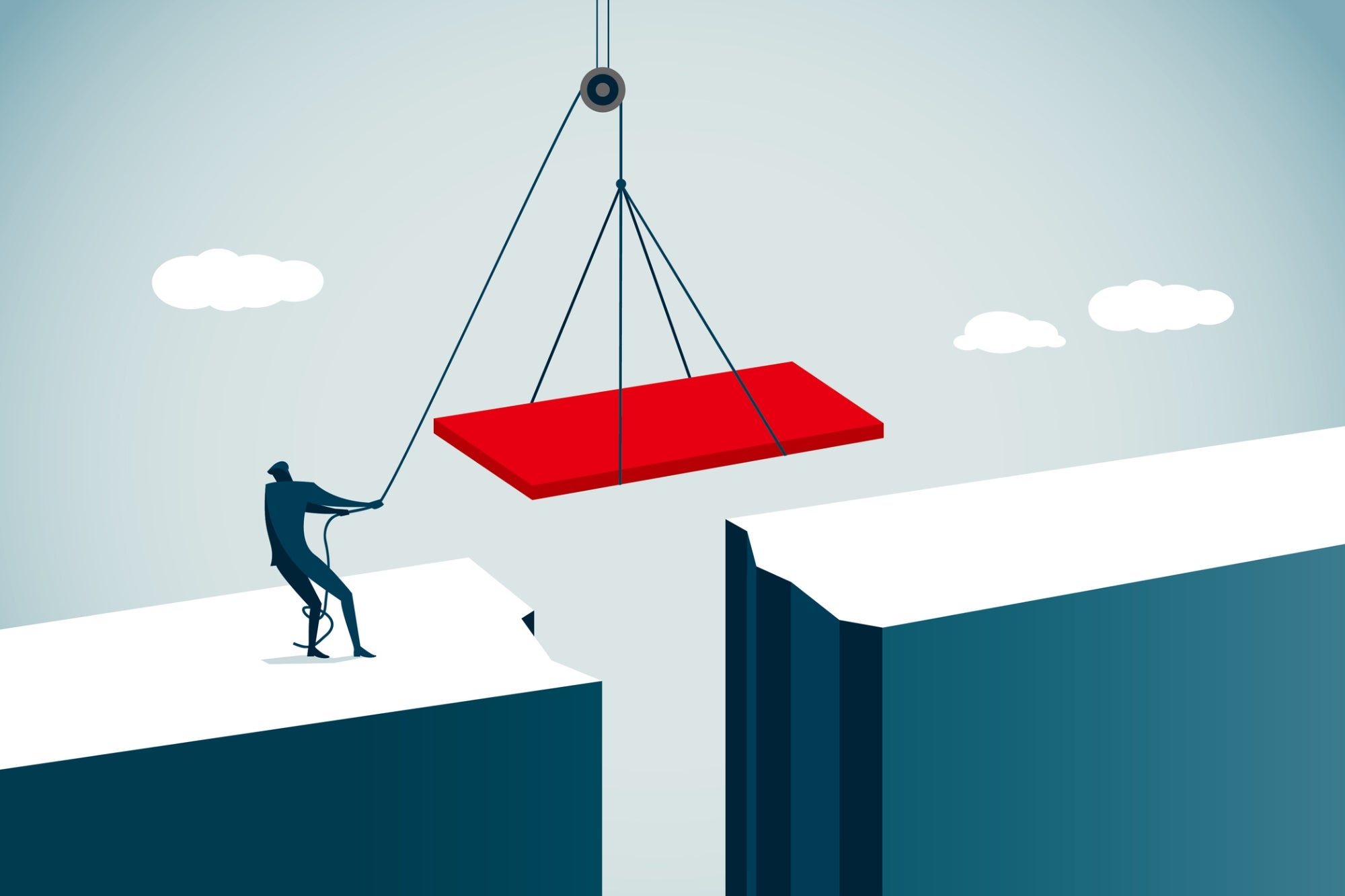 The greatest problem with our old approach to success is that it fails to bridge the gap between biochemistry and psychology. The two are so intertwined they cannot be separated, and yet our medical  system, the personal development industry, psychologists, naturopaths, nutritionists and therapists have drawn lines between their  methodologies for decades that have led to emphasizing psychology over biochemistry, or vice versa — but not a combination of both.

This old approach also creates a stigma for how people are meant to  experience depression. It is expected that if you are depressed, you will  want to self-isolate, but there’s another side, one that I know all too well: putting on a strong public front that everything is fine and you’re doing well. Either way, people suffering with depression don’t get the help they need. The problem with this framework is that it often results in people taking their lives and their loved ones being at a loss to what was wrong and missing out on a chance to help them. We’ve heard many tragic stories from members of our online program who have had family or friends take their own lives.

It is my hope that by sharing my own story, and my very clumsy and originally unscientific attempt to  get better, that I can start to reframe our perception of depression and eliminate the stigma that prevents people from asking for help, so their  friends and families get that chance to be there for them.

The true evolution in treatment will occur when all practices of  medicine begin to converge and develop a deeper understanding for what people with depression go through. This is beginning to occur in the field of functional medicine, and it will revolutionize health care and the way we think about ourselves and the science of success. But before we address success, let’s talk about failure.

Related: How to Stay Productive While Working From Home

Why We Really Fail

Failure isn’t just due to low dopamine levels. It’s also a question of  managing our “fight-or-flight” response. When we’re stressed, the body’s sympathetic nervous system triggers this response. The body kicks into high gear and shifts its energy resources toward fighting off a threat or fleeing from an enemy. A long-held belief has been that adrenaline drives the fight-or-flight response, which sets off a cascade of internal processes, including the release of cortisol, increased respiration, fast heartbeat and blood vessel dilation in the arms and legs. This in turn triggers our digestive system to increase our bloodstream glucose levels  to deal with the emergency. Once the threat is over, everything returns to normal.

But a 2019 study from Columbia University researchers suggests that a hormone found in bones, not adrenaline, triggers the fight-or flight response. They uncovered that in humans and mice, after the  brain detects danger, it almost instantaneously floods the bloodstream with osteocalcin, a bone-derived hormone that helps your cells process glucose. The researchers say this may explain why adrenaline-deficient individuals can still experience a physical fight-or-flight response to threats. They also discovered that osteocalcin surges in people undergoing the stress of speaking in public. What does this mean for future treatments of chronic stress, in which individuals are constantly  stuck in a low-grade fight-or-flight mode? That remains unclear. But we may be on the verge of medical breakthroughs that will help us solve a  problem we all experience.

Stress, Food Cravings and an Inability to Focus on What Matters

Stress also plays a role. A staggering 71% of our 50,000 respondents said “yes” to experiencing high levels of stress, and here’s where it gets fascinating: Stress causes food cravings, specifically for  sugar and highly processed food. The digestion of this food releases  the neurotransmitter serotonin, which brings us waves of calm and relaxation, allowing us to regain our focus temporarily, until the serotonin levels taper off.

Between 57-65% of our respondents who reported being  plagued with brain fog, feeling overwhelmed, worrying and sadness also experienced food cravings. Carbohydrate cravings can be spurred on by low serotonin levels as this “feel good” chemical is released during the consumption of food. This results in a negative feedback loop driving people to consume excessive amounts of carbs to alter how they feel for the better. These cravings are often seen in individuals who are exposed to high levels of stress.

The connection to our inability to succeed lies in two factors that are at play on a day-to-day basis. When we experience food cravings or stress, our fight-or-flight response is triggered. This takes blood away from our prefrontal cortex, which controls a myriad of executive  functions, including complex behaviors like coordination, impulse control, emotional reactions, personality, focusing, organizing, complex planning and prioritizing simultaneous information.This sets up a nasty cycle: Our blood sugar drops, our cravings increase and our cortisol spikes, limiting our ability to control our  impulses, attention and emotional reactions. We reach for sweet or highly refined carbohydrates and our blood sugar increases, followed later by a sudden drop, which results in brain fog, inability to focus, loss  of motivation and the inability to reach our goals.

We attempt to address this cycle in our children by limiting their sugar intake, and yet we dismiss it when it comes to our own psychological well-being. We’ve also been duped by companies that are putting a “healthy spin” on their products, even though many of them are high in sugars, sucralose, refined carbohydrates, caffeine and preservatives, all of which impact our ability to think clearly.

When your blood sugar drops or you experience high levels of stress, your brain switches into survival mode, driving you to take more risks and putting your primal brain into high gear. This shift causes your personality, mood and identity to fluctuate throughout the day. Your motivation may be high in the morning, but by the afternoon, you’d rather sit on the couch and watch TV because you’ve used up all your mental capacity for the day.

In this primal state, the brain’s key purpose is to sustain life, not keep you focused on achieving your goals. That doesn’t even get a rating on the scale of critical functions necessary for your life to continue. In  this state, otherwise known as self-preservation mode, you default to maintaining the status quo and nothing more.

The problem is that most of us can’t switch it off, or if we do, it quickly comes back on again later, creating a roller-coaster ride of emotions and an inability to complete projects on time. How easily it  omes on is directly linked to how we’ve learned to process possible threats. This is based on numerous factors, including our upbringing, genetics and hormone levels like serotonin and dopamine, just to  name a few. If your serotonin or dopamine levels are low, you’re more  susceptible to dealing with setbacks poorly and more likely to have a  reactive instead of responsive internal environment.

Related: Why I Can’t Recommend the Keto Diet for Depression

Our current lifestyles bombard us with stress factors daily once the pebble starts rolling downhill from something that seems  inconsequential at the time. Examples of these stress factors could be  a reaction to unhealthy foods, allergies, bad news, insomnia, pollution, hostile co-workers, financial stress, too much caffeine, relationship conflicts, family issues, constant stress or a dirty look from someone on  the street. The stress begins to pick up pace, and other problems appear as a result. It happens so slowly that we don’t notice it initially.

At that point, any attempt to get out in front of it becomes futile because our cognitive functions have been disabled; it’s like searching  for a key in a room with the lights off. To find the switch, we have to change identities and fuel sources, even if just for a moment, to reboot our spirit, body, and mind in unison.