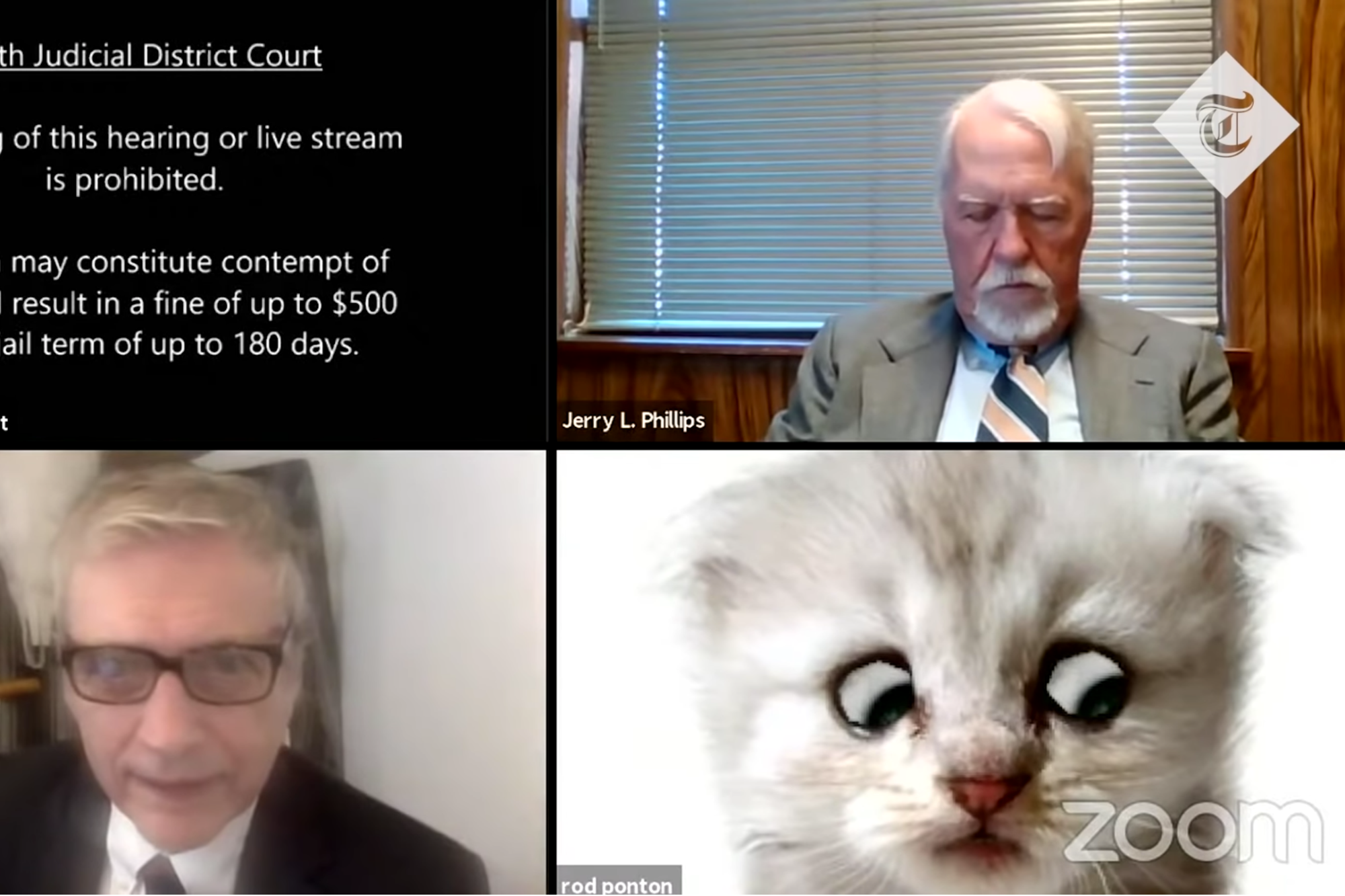 Amid impeachment proceedings and continued consternation over stimulus checks, West Texas Attorney Rod Ponton inadvertantly provided the world with a bit of legal levity. As you’ve probably read or seen by now, Ponton hopped onto a Zoom call yesterday to convene a session for Brewster County’s 394th Judicial Court, his disembodied voice was personified by the avatar of a gray-white kitten with wandering eyes. Ponton is audibly befuddled, insisting that he is able to see and hear all other parties and that, in fact, “I’m not a cat.”

The internet has since pounced on the feline faux pas, with London’s Royal Academy of Arts even chiming in on an existential note. And the majority of passersby presumed some kind of Snapchat-adjacent crossing of wires, waged a good chuckle and went about their merry way.

Naturally, some more probing online sleuths soon uncovered that the cat filter — a consequence of Ponton logging on via his assistant’s computer — was in fact a vestige of relatively primitive, early 21st century software pre-installed on Dell laptops. In fact, one blogger tweeted about that time nearly a decade ago when he bemoaned getting self-owned by the software, which it turns out was Dell’s default setting of choice for its webcams once upon a time.

Alas, Dell shares have not suddenly seen a spike reminiscent of GameStop’s novel rebound, but let this be a lesson: When youre boss logs onto an important Zoom meeting on your antiquated hunk of metal and wires, you’d be wise to change video preferences first.