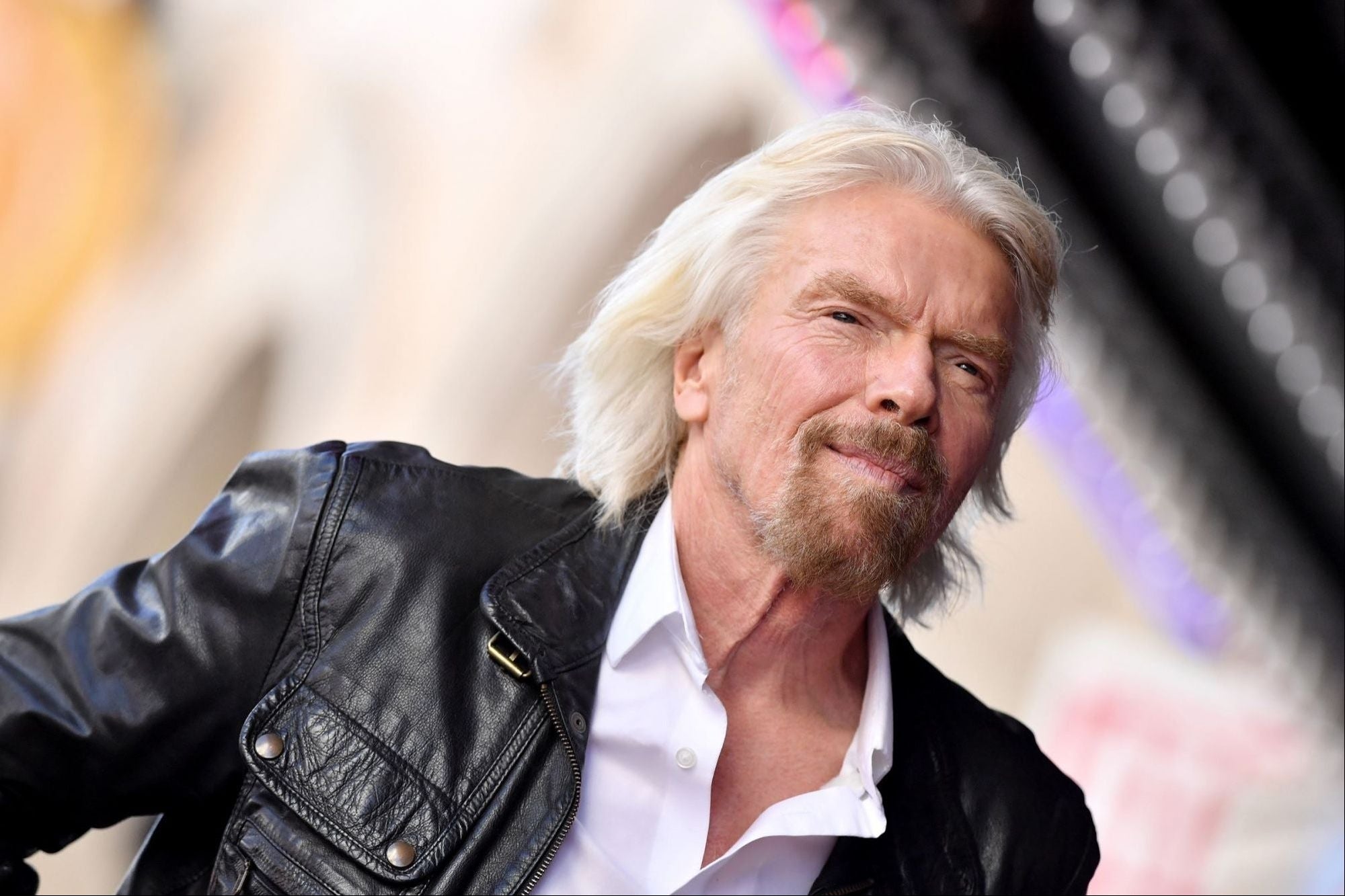 Growing up as a young aspiring entrepreneur , Richard Branson was my idol. In a note from my school, my media studies teacher wrote, “Simon might as well be the Richard Branson of the future” after we had gotten our computer fanzine on TV. I never knew the opportunity to meet him would present itself, much less on Necker Island, Branson’s luxurious private island.

After being in debt of $ 50,000 (with nothing to show) and after pivoting my business, my company reached its first million dollars in revenue in 2015, and my mindset was always to keep investing.

I hired mentors and coaches and joined different high-level groups and eventually the opportunity arose to spend time with Richard Branson himself.

A large part of the growth of my company came from the decision to change my environment. I had spent many years in my hometown of Exeter, UK, surrounded by a lot of toxicity. I packed my bags and went to a new city, which freed me up a lot of space and energy to get my life back on track. It helped, but there was still a lot of work to do.

I decided on about 20 percent of what I earned and reinvested it in my own personal and professional growth. This led me to work closely with some of the best minds in the world. I knew that earning a lot of money without changing my destructive behaviors could only end badly, but it took me a trip to Necker to finally learn my biggest lesson, the hard way.

“The drink started in the afternoon”

I made it to the island, where I was greeted with champagne. Only once we made our way to the main house did we begin to understand that this was real. The view was incredible, and I felt privileged to be in the home of a billionaire who played such an important role in motivating me to grow as an entrepreneur.

We took a golf cart and drove to the tennis court and bar area, where I first saw Branson. Trying to avoid being obviously surprised by the stars, I sat down by the bar and kept quiet.

Later, during an island scavenger hunt, I found myself running alongside Branson on the beach, casually chatting about life and business. It was very relaxed and I was very happy to be there. My intention was to learn everything I could.

Then the drinking started in the early afternoon. I remember hanging out with Branson in the pool and hot tub; With his busy schedule, Branson hadn’t even been drinking. I, on the other hand, was taking everything I could. As soon as I saw the bottle, game over – the vodka and energy drink went down easily.

And once I had the first drink, I couldn’t stop. Although I was there to hear Branson present for the night, all my focus had shifted to alcohol. Day turned into night and that’s when everything started to blur. Then I remember sinking into a beanbag while Richard answered questions from the group. I could barely say a word.

“He had said something very inappropriate”

I left the island and went back to my normal weekly routine, without thinking about it. But then I got an email from one of the organizers.

“Simon, I need to talk to you about what happened at Necker.”

My heart began to pound as if I was being called into the school principal’s office in England.

I jumped on a Skype call and the organizer informed me that he had said something very inappropriate to one of the women in attendance. He was very calm, but he also let me know that it was completely unacceptable behavior. I always look back on that conversation in awe of how he handled it from a loving place, but he was also very honest, giving me the opportunity to grow rather than express anger and make me feel even more terrible.

I started to sweat. He was really in shock and started to panic, insisting that he give me the number of the person I offended so I could apologize, which he did. When I spoke to her, she appreciated the apology and forgave me. This gave me some relief, but I knew the best thing to do was change. I didn’t want anything like this to happen again.

Over the years, heavy drinking had been a pattern for me. I would get drunk, never remember what happened, then find out and spend weeks feeling bad.

The late spiritual master Wayne Dyer said, “It is not the snake bite that kills a man, it is the poison.” I felt this acutely: I had spent a lot of time punishing myself for the actions I committed while under the influence of alochol.

Through a lot of work on myself, I learned that my unhealthy behaviors were linked to past events that I hadn’t cured of, and alcohol was one of the many ways I calmed myself down. The opposite of addiction is connection, and I craved it desperately, but didn’t know how, so I turned to the habits I had established as a teenager.

Alcohol would always be the starting substance in a sequence of negative behaviors. My addictive pattern consisted of alcohol, smoking, drugs, gambling, and pornography. The behaviors made me impatient, erratic, and compulsive in business. I was “successful” financially and with the outside world, but inside, I was a mess, confused and alone. I presented myself as confident, but it was a mask I wore well.

What happened at Necker was the jolt he needed to take change seriously. Until that moment, he denied what was really happening.

I decided to attack my negative behaviors as if I was on a mission. He wanted to be a better man, but he didn’t know how. I told myself that I would do whatever it takes to become a new man, and if it didn’t work out at first, I’d try again until it did. I had made a commitment to myself. No more excuses.

“Since that day, I never looked back”

I started learning about deep healing, and the deeper I went, the more behaviors began to fade. I overcame the internal battle that had crushed my inner spirit and my true potential for years. I ripped out all the unhealthy addictions that had caused me to destroy the relationships and opportunities around me. I had my last drink in July 2017 and, since that day, I have never looked back.

The impact has resulted in what I call “calm and confident” energy. The frantic, unconscious and reactive Simon is long gone, and although my life is not and will not be perfect, I am so happy that I have set out on the journey to return home, to my true self.

I really wanted to create a deeper impact on the world and through the change that I have created in myself, I am able to empathize more deeply with my clients throughout their transformation process.

For me, mindful leadership is about doing the hard work to become the best we can be so that we can lead others to be happy in the world. If I am lucky enough to meet Branson again, I will be fully present to hear his words.