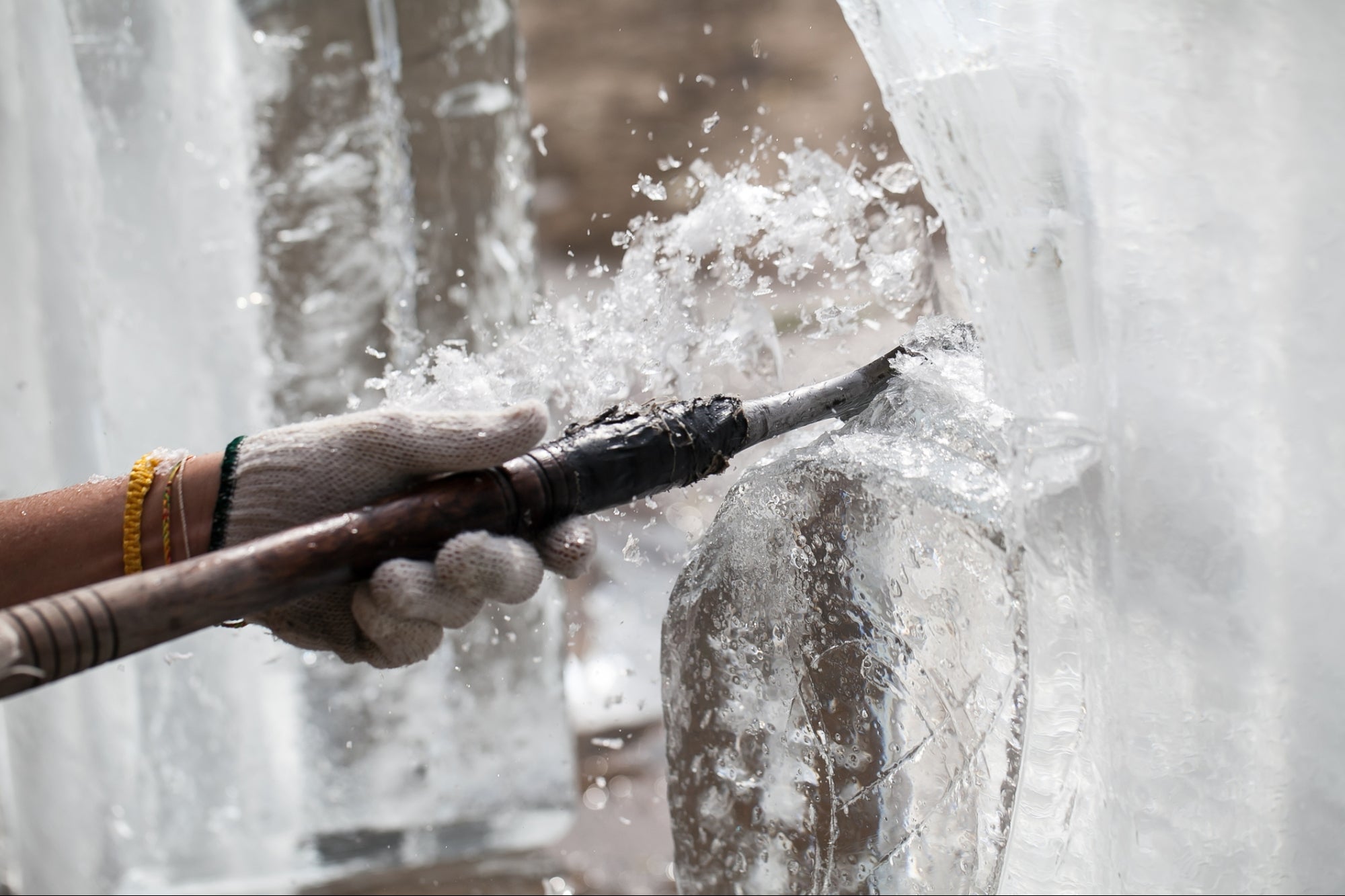 I have long been fascinated by impossible-to-solve problems. Over the last 20 years, I’ve developed a theory on how best to tackle these seemingly impossible challenges.

Start by visualizing the problem as a giant cube. Really picture that giant cube in your mind. That cube is stuck, sitting in the middle of a long trail blocking the path to your end goal. Pushing or pulling the immovable cube isn’t possible, because it’s simply too big and heavy. But you can’t leave the cube there as it is a giant roadblock to you reaching your goals on the other side.

The only way to move the cube forward is to start methodically chipping away at the cube’s corners, slowly and strategically turning that cube into a giant sphere. After chipping away enough of the cube, that sphere will start rolling if pushed hard enough. Eventually that now-rolling sphere will build up momentum and will hit something along the trail, causing the previously immovable cube to break into pieces. And poof! The once-daunting problem is no more.

Translating this visualization to business: The biggest mistake companies and agencies make is failing to chip away at the corners of a big, long-term problem. Instead, they take one big whack to try and solve a problem in one week and then give up. Worse, they simply refuse to try at all as the problem looks too daunting. As a result, the problem remains unchanged, serving as an anchor stopping you from achieving your long-term success.

Another thing I’ve realized is that many companies find their biggest problems are not service- or infrastructure-oriented. Rather, they are actually PR- or perception-oriented, such as having a bad reputation related to customer service or products and services that fail to meet expectations.

Don’t misinterpret me. While an effective PR plan can definitely influence how current and potential customers (as well as your employees) view the company, you still need to fix the underlying structural issue. What I’m saying is that companies can immediately start addressing these larger problems by chipping away at the corners even if the core issue is deeper. Start by changing people’s perceptions and pre-conceived notions early by sharing and promoting what you want people to believe about you. This will help make it easier for those same customers to acknowledge and recognize your genuine efforts to fix the underlying issue.

Related: How Problem-Solving Case Studies Help You Market Your Business

Here’s an example of a simple, small chip story opportunity. Say a company is experiencing challenges with hiring and employee retention due to its poor or stagnant reputation in the community. Every time you hire someone–at any level throughout the company–put out a press release announcement. Yes, even for entry or mid-level employees.

Let’s be clear, these announcements aren’t going to generate major media coverage, but you’ll be surprised how many weekly or community newspapers have an “on the move” section. As long as you make it clear to the publication that the individual featured lives in their coverage area, they are more than willing to run a one-line mention that Jimmy was hired by Company X to work in their call center, or that Jenny was hired to work within a company’s accounting department.

To the reader, the takeaway is simple: the company must be doing well and be a good place to work, otherwise they wouldn’t be celebrating new hires. The public doesn’t need to know that you let go of 10 employees because of the pandemic and only recently began rehiring. This strategy also signals to potential customers that you’re prepared to be responsive and provide elevated levels of customer service.

There are two more benefits of this simple announcement, or chip shot. From a sales perspective, customers are more likely to buy from a place when they know someone who works there. Why? Because they want to help their friend, even if that friend isn’t directly involved in the sale. The consumer feels like they have a personal connection to the company and that helping the company helps their employed friend.

The other benefit is that the new hire announcement often creates more instant loyalty from the new employee. When they see that the company believes in them enough to make a formal announcement, they quickly feel valued by the company and want to work harder to demonstrate they deserve that trust and recognition.

The key to strategically and methodically removing an obstacle is to recognize the negative perception you’re attempting to chip away. It may help place similar, multiple problems under one broad umbrella, such as your company’s current reputation or even your lack of any public awareness, good or bad, towards your company.

Related: Crafting The Best Public Relations Strategy For Your Business

Here are some suggestions on how to start acknowledging and solving impossible problems:

To recap, don’t give up on immovable problems. Ignoring problems only makes them harder and more expensive (in cash and time) to overcome. By chipping away at the easier to solve problems and complaints, you’ll get some momentum internally while helping to change the public perception about your company. And a simple PR campaign can be a great chipping tool to help you achieve your broader goals.