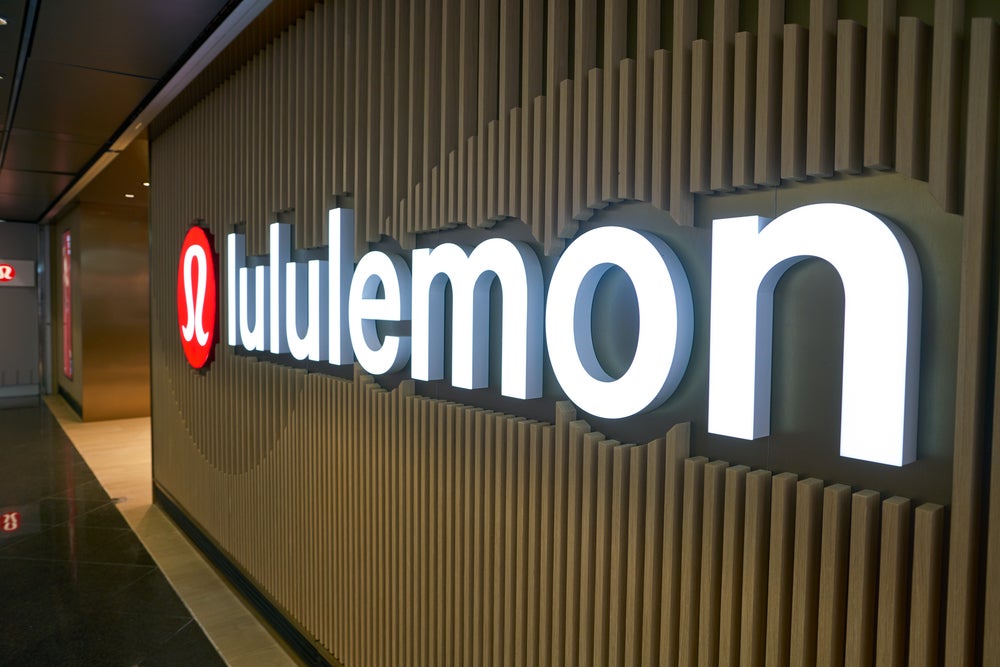 For a fashion, specifically athletic fashion, company, Lululemon (NASDAQ: LULU) is trading very much like a tech stock. Maybe it has to do with them b…


This story originally appeared on MarketBeat

For a fashion, specifically athletic fashion, company, Lululemon (NASDAQ: LULU) is trading very much like a tech stock. Maybe it has to do with them being listed on the tech heavy NASDAQ, but over the past 18 months they’ve traded broadly in line with the likes of Apple (NASDAQ: AAPL), Facebook (NASDAQ: FB), and Google (NASDAQ: GOOGL).

It might also have to do with the fact that they’re reporting quarterly numbers that are more akin to those from the aforementioned tech titans than traditional retail names. Either way, investors certainly aren’t complaining. Earlier this month, Main Street and Wall Street alike had a chance to see just what those numbers were like with the company’s Q1 earnings report.

Revenue was up an impressive 89% on the year, a solid beat which helped the company’s GAAP EPS post a profit that was almost 25% higher than expected. Forward guidance for Q2 was also higher than the consensus as was guidance for the full year. This is a staggering increase in momentum for them to be taking into the post-pandemic economy, when few would have blamed them if there’d been a drop instead. For all intents and purposes, they reaped the benefits of the stay-at-home economy that the world found itself in last year, and seem to be well positioned to not only to maintain their market share but to actually keep pushing on from here.

Their CEO, Calvin McDonald, summed it up well when he said “our first-quarter results reflected strength across all drivers of growth, fueled by the continued expansion in our e-commerce business and a rebound in brick and mortar stores. Our strong performance across categories, channels and geographies demonstrates the momentum and strength of lululemon as we shift into the new normal. All of us on the leadership team are grateful to our teams around the world who enabled these results, and who continue to focus on realizing growth.”

These numbers and this positivity from management should be enough to wake shares from the slumber they’ve been in since hitting an all time high last September. Back then, they came within $0.10 of crossing the $400 mark for the first time after a six month run sent them up 200%. But similar to many of their software peers on the NASDAQ, they’ve lagged in the months since. However, a series of higher lows and lower highs means their range is tightening which suggests a breakout is on the horizon. For those of us on the sidelines and considering a position, there’s every reason to think that breakout will be to the north.

Earlier this month, BTIG reiterated their Buy rating on the stock as well as their price target of $434, which suggests there’s upside of around 30% to be had from Friday’s closing price. Analyst Camilo Lyon and the team think Wall Street’s expectations are overly conservative and that Lululemon will have no problem exceeding them. This mirrored the bullishness seen from UBS who came out before the recent earnings release with expectations of a solid beat, expectations that were not disappointed.

With both the fundamentals and technicals lining up, it’s hard to not want to buy into the bull case that sees Lululemon shares tagging an all time high in the coming months. They might be trading more like Apple than Ralph Lauren (NYSE: RL), but isn’t that a good thing? Only last week, JPMorgan went so far as to name Lululemon a post pandemic favorite after a consumer survey pointed to a better than expected retail landscape shortly arriving.

If that’s not enough, consider that Cowen analyst John Kernan, who has been a long time fan of the company, sees them boasting a $50 billion market cap in the not too distant future. The good summer weather is starting and between that and the end of lockdown, the stock has two compelling tailwinds that should drive it higher.

3 Reasons Why Dillard's is a Great Buy