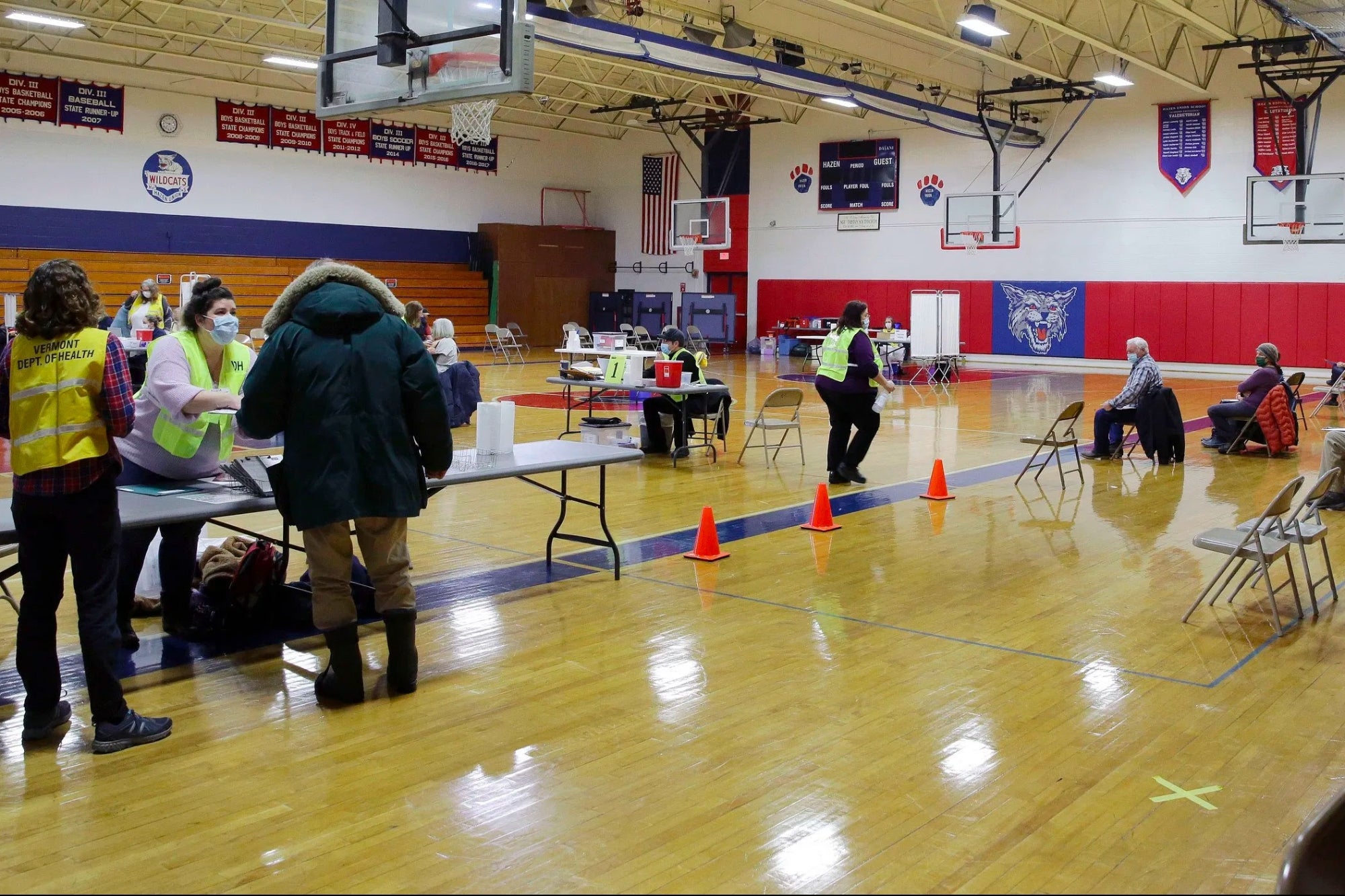 For Joe Fasula, co-owner of Gerrity’s Supermarket in Scranton, Pennsylvania, the coronavirus pandemic has forced one “unprecedented set of decisions” after another, from spiking demand for certain products to shifting state regulations.

Now the grocery chain is facing perhaps its biggest decision yet: coming up with a plan to vaccinate 1,100 grocery store employees in a safe and timely fashion. “We’ve tried to be very cautious about how to go about it, trying to balance employee morale, employee safety, customer safety and customer perception,” Fasula told Cheddar. “It’s a challenge because so much of it’s been politicized at this point.”

Companies across industries are facing a similar set of decisions as the vaccine roll-out begins in earnest throughout the U.S. Major airlines and regional supermarkets alike are weighing the best approach to getting their employees vaccinated as quickly as possible, considering everything from strict mandates to educational campaigns and incentives.

But within that spectrum is a world of options, and companies are looking to existing laws and federal guidelines to inform their decisions.

“We feel very confident that employers can mandate the vaccine if they want to,” says Kevin Troutman, partner at Fisher Phillips, a law firm that has tracked the legal landscape around employee vaccination policies since early in the pandemic. “The question is whether a mandate is appropriate for each employer, and what I’m seeing so far is that a lot of employers, while encouraging the vaccine, are not going so far as to mandate it.”

So far, just one major company has publicly weighed making vaccination mandatory for employees. United Airlines Chief Executive Scott Kirby said at an employee town hall that the company was looking into the option and urged other companies to do so as well, even stating that buy-in across industries was necessary to make the requirement work.

Kirby said his thinking stemmed from his confidence in the vaccine itself, though many executives are either less confident themselves or conscious of their employees’ hesitations.

Fasula says Gerrity’s chose not to mandate the vaccine because of that uncertainty. “We didn’t feel that as an employer it was our place to mandate something like that,” he says. “I can’t say that if there was another pandemic in the future at some point that was even more communicable or deadly, or that under different circumstances we wouldn’t reconsider it, but given the knowns and unknowns right now, we think this is the right decision.”

German supermarket chain ALDI, which has a large U.S. presence, is taking this approach as well.  “We strongly encourage ALDI team members to sign up to receive the vaccine, and want to make sure they are able to do so without worrying about losing pay or taking time away from work,” an ALDI spokesperson told Cheddar. “ALDI will cover all costs associated with vaccine administration and also provide hourly employees with two hours pay for each dose they receive, as well as scheduling flexibility for salaried employees. This support will eliminate the need for employees to choose between earning their wages and protecting their well-being.”

But what does the law say?

Yet offering incentives to employees presents its own legal complications. “Even something that sounds pretty simple, such as we’ll give you a $50 gift card or we’ll pay you $100 if you take the vaccine, is not as simple as it sounds,” Troutman says.

The U.S. Equal Employment Opportunity Commission released guidelines in the last weeks of the Trump administration that set specific rules for any incentives that companies might provide. The Biden administration, however, has since put a freeze on all “midnight” regulations passed by the outgoing administration. The guidelines also outlined possible exemptions for religious or health reasons that any company mandating a vaccine would need to abide by.

“We don’t know where that rule is going to end up. It may be changed. It may not be issued at all,” Troutman says.

He explains that the rules would have limited incentives or gifts to what’s called de minimis in lawyerly jargon, which means companies would be restricted to offering something like a water bottle or a gift card in the $20 range for an employee getting vaccinated. He adds that offering paid time off won’t likely be an issue, but a straight $200 gift card is more legally ambiguous.

Fasula says the best way to encourage employees to get the vaccine is to provide it yourself. Assuming the company can get its hands on some vaccines, Gerrity’s will be providing the vaccine for free to employees at in-house pharmacies. Fasula says the company will set aside time during working hours for employees to get their jabs, and that it would likely take about a month to vaccinate the whole workforce.

The decision not to require the vaccine was ultimately a pragmatic one, Fasula explains, and not the first he’s made since the pandemic started. He recalls when other grocery stores started putting arrows on the floor to direct customers in an orderly and socially distanced fashion. But Gerrity’s decided against taking that measure because it didn’t seem practical or enforceable.

“It doesn’t make any sense to me,” he says. “I don’t see people following it. I don’t see us being able to enforce it, so we decided to pass on that.”

Robinhood Clients Say Platform Has Removed GameStop and AMC, and Is Only Allowing Holders to Sell

How to Be a Breakthrough Virtual Speaker