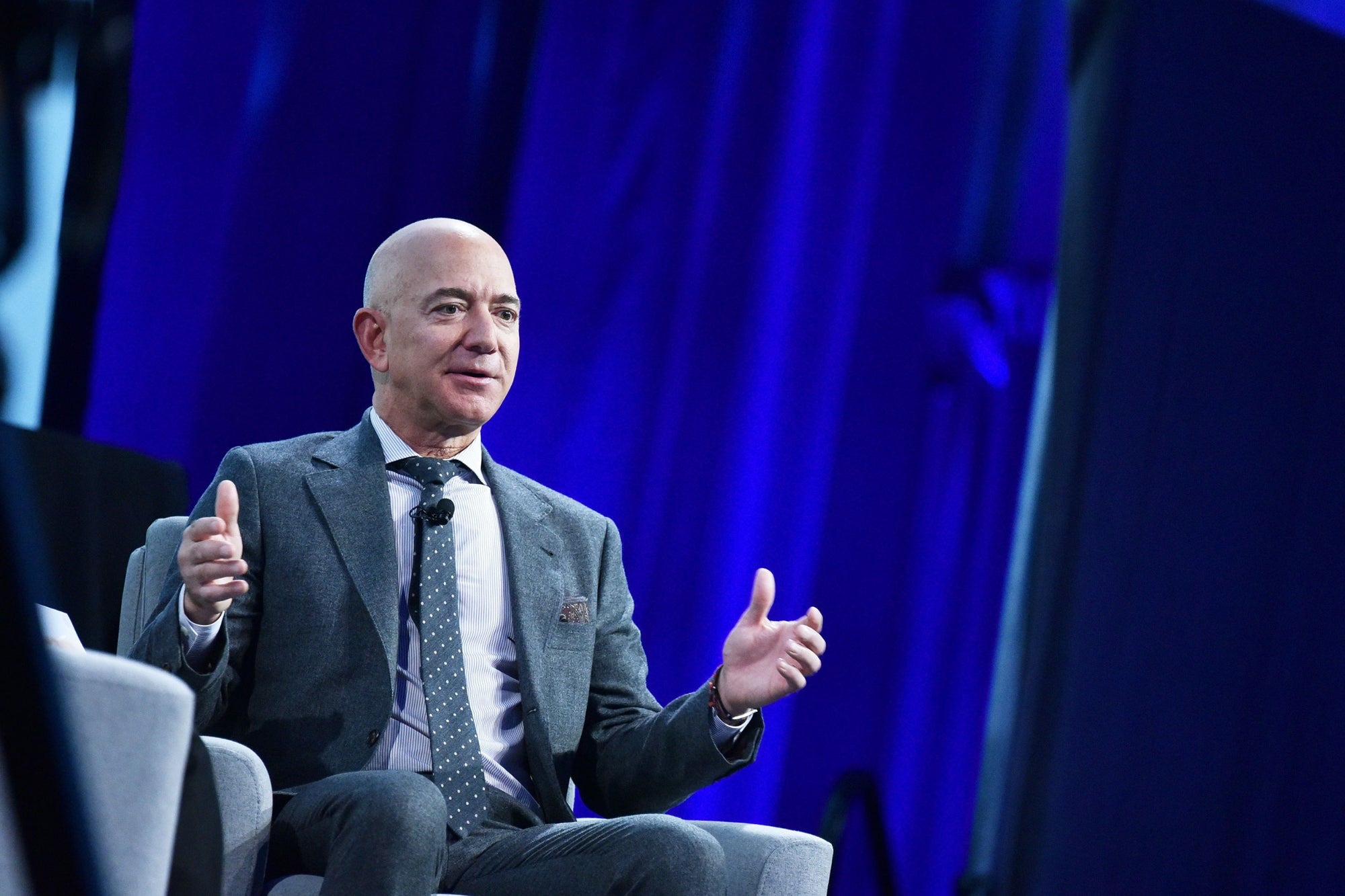 This story originally appeared on StockNews

On Tuesday Amazon (AMZN – Get Rating) reported impressive Q4 earnings.  The company exceeded $100 billion in quarterly revenues for the first time in its history and posted a bigger profit relative to analysts’ expectations. However, these results were overshadowed by the news that CEO and founder Jeff Bezos is stepping down from his role in August and will be replaced by Amazon Web Services (AWS) CEO Andy Jassy.

Bezos has been an iconic CEO, and his relentless drive has been a key to Amazon’s success. In less than 30 years, Amazon went from an online bookseller to the world’s second-largest retailer, with a $1.7 trillion market cap and 1.3 million employees. Naturally, investors are concerned about whether Bezos’ departure means the stock’s glory days are over.

We can answer this question by examining the qualifications of the new CEO and looking at similar instances of founders leaving their companies. Another positive is that Bezos is staying with the company as Executive Chair, and he will continue to be involved in major strategic decisions. These factors indicate that investors shouldn’t rush to sell shares. Rather, they should treat any temporary weakness as a buying opportunity.

The newly announced CEO, Andy Jassy, is supremely qualified for the role. He started his career at AMZN as a mid-level marketing manager in 1997 and quickly rose up the ranks. At one point, he was Bezos’ Chief of Staff, shadowing him all day.

At a certain point, Jassy was referred to as Bezos’ “brain double” due to his ability to anticipate Bezos’ thinking, ask relevant questions, and push back on his decisions. According to Ann Hiatt, Bezos’ former executive assistant, Jassy was selected “to be a sparring partner for Jeff intellectually.” He has been involved in key decisions such as the launch of AWS, Amazon Prime, and Amazon’s logistics business and contributed to the company’s famed culture.

Most importantly, Jassy spearheaded the development of AWS. Initially, Bezos’ frustration was that software development projects for Amazon would always take longer than expected. Bezos assigned Jassy to figure out the problem. He concluded that the bottleneck was that developers were spending more time on building infrastructure rather than the actual software. Thus, they redesigned the tech stack from the bottom-up to create a plug and play infrastructure.

This project was a massive undertaking that required Amazon to redo its entire tech infrastructure while not disrupting its day to day operations. Once, it was successfully completed, Jassy had the idea to build a business around their new infrastructure and help other companies solve this problem. This was how AWS began.

It’s become quite the success story. AWS launched in 2002 and is now the most popular cloud service provider in the world.  AWS has followed Amazon’s ethos by continually rolling out new products and updates. In 2020, AWS accounted for 12% of the company’s revenue and 64% of its net income.

Over the past decade we’ve seen CEO changes in the mega-cap tech companies, such as Alphabet (GOOG), Microsoft (MSFT – Get Rating), and Apple (AAPL – Get Rating). Each transition has its similarities and differences but ultimately, these transitions didn’t meaningfully affect the company’s trajectory.

At GOOG, founder Larry Page stepped down as CEO in 2015 and was replaced by Sundar Pichai. Since then, Google’s stock price is up 230% which is significantly better than the S&P 500’s 84% gain over the same period.

Pichai’s career trajectory was similar to Jassy in that he led some of the fastest-growing parts of the business such as Android, Chrome, and Google Drive. Pichai’s success in these roles, in addition to the rumors that other companies were offering him the CEO position, made him a natural selection to take over the company.

At MSFT, Steve Ballmer took over as CEO from Bill Gates in 2000. Ballmer was an early employee and led multiple divisions of the company such as Operations, Sales, and OS Development. Like Jassy, Ballmer worked closely with the founder through his career, and he was able to carry forward his vision. MSFT’s stock price underperformed with Ballmer as CEO although some of this is attributed to the bursting of the tech bubble.

In 2014, Satya Nadella took over as CEO of Ballmer. Like Jassy, Nadella was the leader of  Microsoft’s cloud division, and his selection was an acknowledgment that the company’s future growth would come from enterprise customers. His tenure has been quite successful with MSFT’s stock up 635% so far in his tenure.

The transition from Steve Jobs to Tim Cook at AAPL in 2011 also has some parallels to Jassy which increases confidence in the pick. Cook was Jobs’ right-hand man who would take care of operations and details which freed Jobs to focus on high-level ideas and the ability to follow his interests in the role. As a result, Cook had a very deep understanding of the business.

Further, it’s been rumored that Jassy was in contention for CEO roles at many companies, so this was Bezos’ play to keep him at Amazon. By staying on as executive chair, Bezos will continue to be involved in major decisions. Just like leadership changes at AAPL, GOOG, and MSFT proved to be buying opportunities in the long-term, it’s likely that history repeats with AMZN.

7 Best ETFs for the NEXT Bull Market

Wait, What? The IRS Can Ask You To Return Your Stimulus Check.