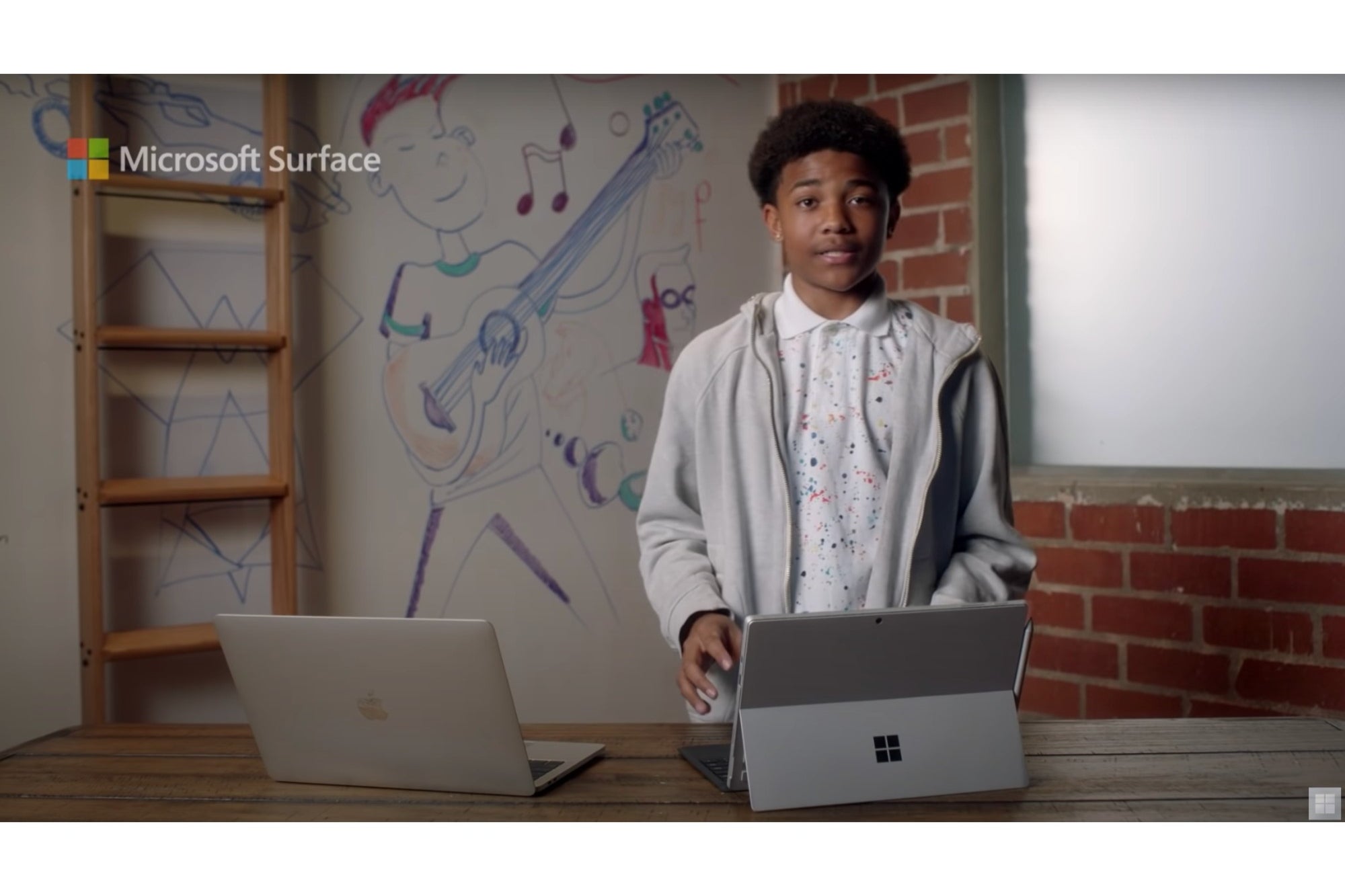 The firm emphasizes all the benefits and advantages that the new Surface Pro-7 has, provided a comparison with the Macbook Pro, claims to be more accessible and emphasizes its touch screen.

Microsoft published an advertisement for the Surface Pro 7, a device that can be transformed into a laptop or desktop PC, also into an electronic tablet, and makes a comparison with its rival, Apple’s MacBook Pro.

The commercial consists of a young man who makes comparisons of the characteristics of both electronic devices, highlighting the attributes of Microsoft’s design and criticizing the other, especially wondering, “The Mac gave me this little bar, why can’t they give me a screen? full touch? “

On the other hand, it highlights the difference that the Surface Pro has a detachable keyboard and exposes it as a powerful device for running all kinds of applications and much more suitable for video games.

In addition, the actor begins by mentioning that the Microsoft product contains a digital pen.

In the end, he compares the prices of both products, that of a Macbook Pro of $ 1,299 dollars and that of a Surface Pro $ 890 dollars.

The technology company inaugurated its advertising video at halftime of an NFL broadcast, that is why at the end the logo of the United States professional American football league appears, although it is worth mentioning that they have generated a bit of controversy on the fact that it insists on its strategy that launches “provocations” at the rival company.

This publication has already achieved more than 1 million views.

In case you’re interested: Hyundai DAL-e, the robot that reminds us of “Robotina” is already a reality

How to Start Taking Charge of Your Daily Micro Habits

The One Life Hack Every High Performer Masters