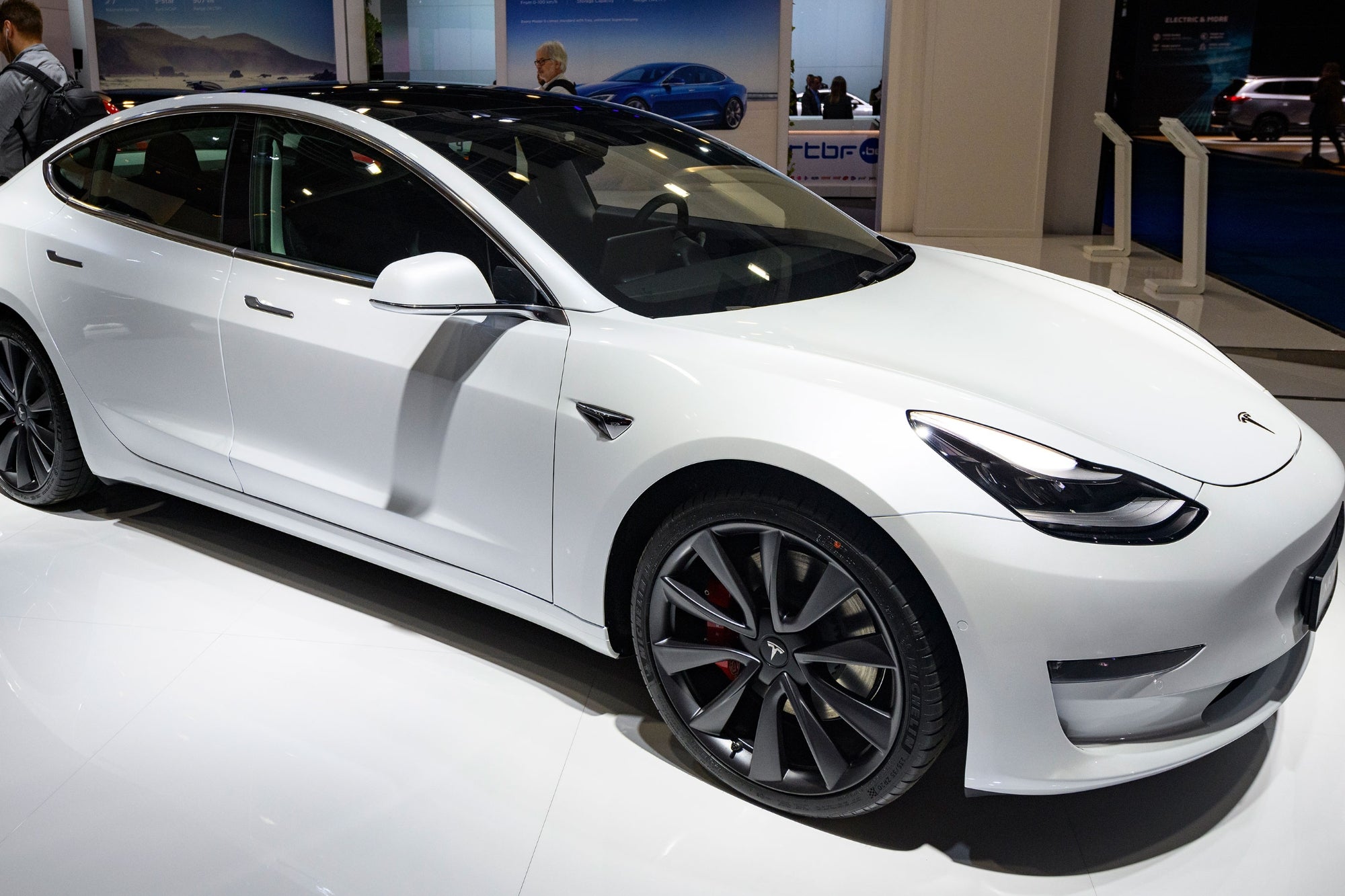 Tesla stock is proof that investors are very bullish about the outlook for electric vehicles. Is this justified and what other investments stand to benefit from the EV megatrend?

The spectrum of electric vehicles is wide and the spectrum of investments that can benefit from the EV megatrend is even wider. EVs should have an electric engine powered through off-vehicle sources or one which is self-contained normally using a battery or fuel cells. All EV manufacturers as well as the makers of cars and trucks that run on hydrogen have been swept up in demand for non-Co2 emitting alternatives. We will also highlight momentarily some technology providers to the EV space that have huge room for growth.

We consider there to be three elements to this first phase in the cycle of EVs that have shaped demand for Tesla stock: Tesla vehicle deliveries, EV industry forecasts and ‘Net Zero’ targets.

There have been hiccups and over-promises from Tesla boss Elon Musk but by-and-large Tesla has delivered EV sales growth, and more recently profitability thanks to government subsidies. Despite the supply-chain disruptions of the pandemic, Tesla delivered a record 500,000 vehicles in 2020 while upcoming Chinese rivals Nio and Xpeng doubled annual deliveries to 44,000 and 27,000 respectively from 2019 levels. In the UK, electric vehicle sales tripled in 2020 while in Norway, one of the largest oil producers in the world, EV sales outstripped gas and hybrid models for the first time.

Globally it is expected to take 15-20 years before EVs overtake the internal combustion engine according to BNEF. By 2040, there will be nearly 400 million EV sales with a more modest estimate of 35% of auto market share by 2040 according to forecasts by Bloomberg New Energy Finance.

A broad recognition that electric vehicles are a solution to cutting pollution has morphed over the last eighteen months into official government ‘net zero’ policies to ban internal combustion engines from the road. This is crystallized in the UN ‘2030 Agenda for Sustainable Development.’ Needless to say, an industry with global governments offering tax incentives and forcibly shutting down existing competition makes a very compelling investment case.

The lengthy timeframe in which this auto-industry disruption will take place has not stopped investors pricing in that future growth now. The poster-child for EV manufacturers has been Tesla (TSLA), where the stock just overtook Facebook’s to make Tesla CEO Elon Musk the richest man in the world.

Tesla stock is richly valued by most metrics but it could easily be that many sales forecasts are too conservative for how quickly EVs will take over the automotive industry. Part of the explanation for Tesla’s inexorable rising stock price is recognition of the EV megatrend coupled with a lack of viable investment alternatives. You could say that if you want exposure to EV growth in your portfolio, you “need” to own Tesla. This is what we are calling ‘phase one’ of the EV megatrend.

We think the next phase of EV market development is the comeback of the big automakers as well as the entry of Apple and perhaps Google to the global car market. We break down this next phase into three potential investing opportunities: automotive stocks, software stocks and battery stocks.

There is a lot of excitement about Apple (AAPL) joining forces with South Korean automaker Hyundai to enter the EV market. Apple reportedly dropped its EV ambitions a few years ago after failing to make a breakthrough but now looks to be entering the fray again. The difference this time of course is the partnership with a major automaker to quickly expand production. Reports suggest the pair are aiming to produce 100,000 vehicles in 2024. The partnership would extend to Apple Car production, self-driving and battery development.

We think the Apple Car has the best shot of being Apple’s ‘next big thing’ to replace the iPhone as Apple’s number one source of revenue. For the time being, Apple is far from a ‘pure EV play’ but if the car becomes a serious part of the company’s growth strategy, then investors would likely feel more comfortable about owning Apple, which has a lower multiple and much less volatility than Tesla. Possibly the biggest risk to using AAPL as part of an EV investing strategy now is that it is too early, meaning very little of Apple’s current business is tied to EVs and is instead tied to huge speculative flows into FAANG tech stocks that are susceptible as a group to a large correction. And lastly, the company could easily decide to drop the idea again.

It has taken a while but after a huge downturn in vehicle sales that pre-dated the covid pandemic and large investments and multiple partnerships, the traditional automakers – as well as new start-ups are now producing EVs at an accelerating clip. In Europe, the Renault Zoe has outsold Tesla’s Model 3 in 2020. It would make sense that as EV sales make up a larger percentage of total vehicle sales at the large automakers, the valuation gap between Tesla and the rest should narrow. That can be a combination of Big Auto stocks rising and Tesla stock falling.

Possibly the highest growth frontier for EVs is the software used by the automakers for autonomous driving as well as entertainment systems. You may have noticed we didn’t mention Google next to Apple Cars, we will explain why next. The prospect of a big new market means there will be fierce competition so picking the software companies that will come out on top is not without risk.

The near-term growth opportunity for Google-parent Alphabet ($GOOG) is likely via Android and its deployment as part of a ‘smart’ system into EVs as opposed to manufacturing their own ‘Google Cars’. Google is also at the forefront of pioneering autonomous driving systems that could in theory placed into any vehicle by any manufacturer. Even for the likes of Tesla and Nio, it seems probable that it will be a tech company that will design the AI system for autonomous driving, not the automakers themselves. Chinese tech rivals like Baidu are the biggest competition risk to Google benefitting as a supplier of autonomous driving systems. However, Android is already the core system in many combustion engine vehicles and that is likely to carry over into EVs.

Nvidia (NVDA), Cadence Design Systems (CDNS), Flex Ltd (FLEX) and Keysight Technologies (KEYS) have been touted as tech stocks that are well positioned to make the most of the EV boom

Another core component of the electric vehicles likely to be outsourced by big automakers is the battery. Tesla is also a battery company through its merger with First Solar so it supplies its own cars. Other manufacturers will lean on third parties, giving these battery-makers a larger share of a growing market. The top 5 lithium-Ion Battery manufacturers in 2019 were LG (LGCLF), Contemporary Amperex Technology Co. Ltd. (CATL), BYD Co (BYDDY), Panasonic (PCRFY) and Tesla (TSLA).

Heart Health: Should It Be On Your Radar?