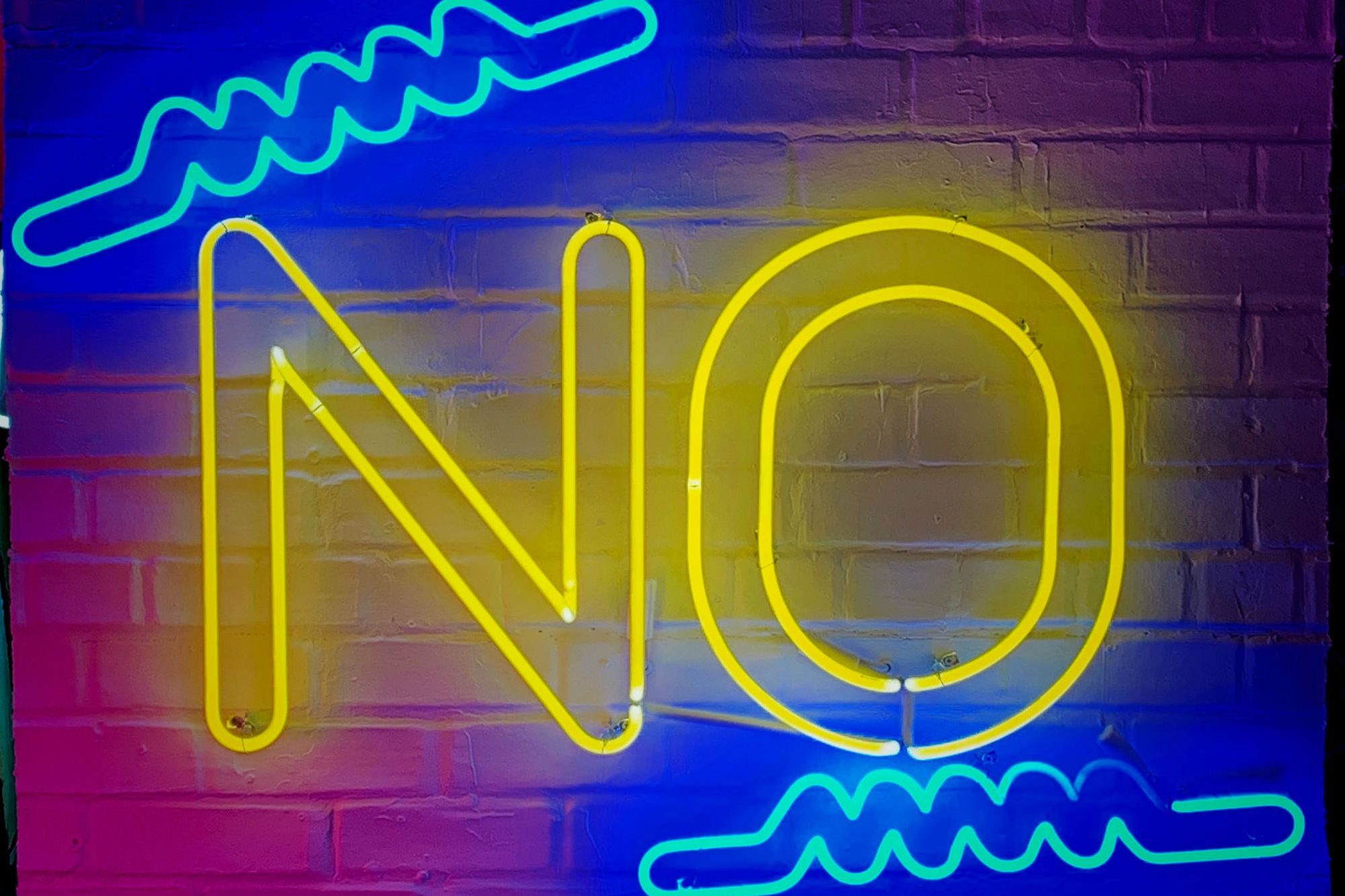 The same thing always happened to him: when he said no , a strange sense of guilt came over him. He was overwhelmed in real time and as he walked away he began to feel trapped in the complex whirlpool of his own regret. He could almost guess the gaze of his interlocutor as he turned his back on him: off, hurt, confused and paralyzed by the refusal he had just thrown at her.

Sometimes it happened at home, with family and friends. He felt guilty when his loved ones asked him for favors that for some reason he knew he could not fulfill. But mostly it happened to him at work. The improvised requests multiplied and since his superiors and colleagues knew that he would always say yes, they did not hesitate to seek him out. Reports, presentations, last minute meetings and bombings that multiplied as the day progressed.

All caused by his inability to say no.

The few times that he managed to do it, he ended up feeling so bad that he returned with regret to his interlocutor to tell him that he had thought well and that he could: yes he would attend, yes he would help, yes he would improvise.

He would pass them by in his car to make life easier for them. He would change the course of his day, his week, his month, his life. He would stray, stay up late, work the extra hours needed just to be able to say yes.

Because with an affirmation he fulfilled expectations and that made him feel momentarily at peace.

He did not, on the other hand, marginalize him, made him cruel and selfish.

The refusal made him guilty.

That’s why most of the time he said yes. And when he said no, in the end he regretted it.

THE OFFER AND THE AFFIRMATION

The day the CEO of the company called him into his office, he sensed what would happen. Times were violent in the company and every third Tuesday there was a restructuring. He was part of a project he loved: he was passionate about his job and although the pay was not enough, he knew he was happy.

His colleagues recognized his talent and so did the managers.

He closed the door and for five minutes he listened to what his director had to say to him. He must have been proud: he was being considered for promotion. In these times that could not be offered to anyone. There would be cuts in the next few weeks, but he could rest easy.

He would be promoted and receive a raise. Your decisions could have an even deeper impact on the organization. In addition, with the new position would come other privileges. But there was a price to pay: the promotion forced him to put aside some of the things he liked to do best. Now he would be in charge of supervising the work of others: he would be appointed director of an entire area.

I just had to say yes at the time.

The whisper of intuition was like a warning. From the depths of his being something asked him a no. It was as if his essence had always understood that this position did not belong to him, that the price to pay was too high, that he would exchange a job he loved for a more renowned position and a better salary. That yes, with everything and the economic improvement, took him away from what he wanted to do with his life.

He was silent for a moment, torn between his truth and someone else’s expectation of him. The idea of looking bad to the company that had given him everything and now offered him even more, silenced the warning that came from within.

As if accepting a sentence, he gave a yes for an answer.

THE ART OF LEARNING TO LIVE WITH NO

Years after that yes, he woke up one day wondering what would have happened if he had said no. It wasn’t regret: he had made a decision and understood that he had to live with it. But the doubt existed: what would become of him if instead of drowning her, he had let his inner voice speak?

Perhaps nothing would have been different. Perhaps he would be exactly where he was now.

Or perhaps saying no would have brought him closer to himself, to his truth, to everything that once, during a distant night of adolescent idealism, he had sworn to do.

Because now he realized that the yes, when it was not pronounced from the real center of oneself, deviated, changed directions and, little by little, oxidized.

The yes, which made him look good to others, took him away from his truth.

Confused by the harshness of his find, he tried to learn how to say no. Because it was never too late.

After reading, after studying, after reconsidering and understanding that he could not exist by denying everything and everyone, he tried to learn to live with the complex art of saying no.

The first thing he defined was that, in order to deny, he had to know exactly what his mission was. What did you want?

It needed a bright, clear beacon in the darkness of its horizon. Without a goal to achieve, how did you hope to one day get to the place where your destiny awaited you?

Knowing the place he intended to arrive, he could return to the path that would lead him to the center of himself, even if a thousand statements would divert him along the way.

Later he understood that the simple no, would never be enough. If you did not want to close doors, if you did not want to be perceived as someone selfish and individualistic, the refusal should always be accompanied by something else: a recommendation so that the person who made the request could begin to solve their problem. He was not obliged to give too many explanations, but that did not prevent him from being empathic with those who sought him out by offering him something or asking for his help.

He also learned that nothing forced him to say yes in real time. Any answer could wait. The inherited or perhaps learned urge to respond immediately, as if it were an oral exam in high school, had accompanied him for decades like a condemnation, amplified by the speed of response with which we live today (yes: social networks , emails, WhatsApp messages that our interlocutor knows we have received and read).

Today I understood that yes could wait as long as no.

He had the power to freeze them for as long as it took. The right to analyze and think before answering was on his side.

He concluded that, despite everything he had been told, well said he was not a positive word. An affirmation of what he was, what he believed, and what he dreamed of being.

Well used and understood, he was not an armor that protected his deepest longings and at the same time, the cornerstone to build his destiny, to find his truth along the way.