An entrepreneur was the target of criticism and congratulations on social networks after acquiring 300 roscas de reyes on sale and reselling them at a higher price.

This weekend, social networks gave the nickname #LadyRosca to a woman who bought hundreds of roscas de reyes for 99 Mexican pesos and sold them for 150 pesos. This is Sayra de la Cruz, who invested almost 30 thousand pesos to buy the bread at a Sam’s Club in Villahermosa, Tabasco. After the purchase, the woman offered the threads in the middle of a public road, outside the self-service store. These sold out in hours, as their price was still 50% lower than the original in the store (299 pesos).

Many Internet users criticized the entrepreneur and called her “abusive” , for hoarding the product and selling it more expensively. In addition, there were those who made fun of his appearance and his socioeconomic status.

Other netizens defended and congratulated her, as her action did not harm anyone and only did the same thing as millions of entrepreneurs: buy an item at a low price and resell it at a higher price to make a profit.

#LadyRosca
1 Costco is a company that focuses on wholesaling.
2 They are seasonal items not a first necessity.
3 Behind that is the effort, ambition and vision of someone who wants to have an income for herself and her family. pic.twitter.com/fbg6PHFh8A

This is how #LadyRosca responded

Faced with the controversy generated by her idea, Sayra responded to criticism through her Facebook profile. In a post on Friday, January 8, he clarified that he is a merchant and learned that trade from his mother “with great honor.”

The call #LadyRosca pointed out that she did not do it alone, as she had the support of other women “who, together with me, are dedicated to commerce and who always in union and with God in front of us, we risk selling and investing in what is convenient for us .” 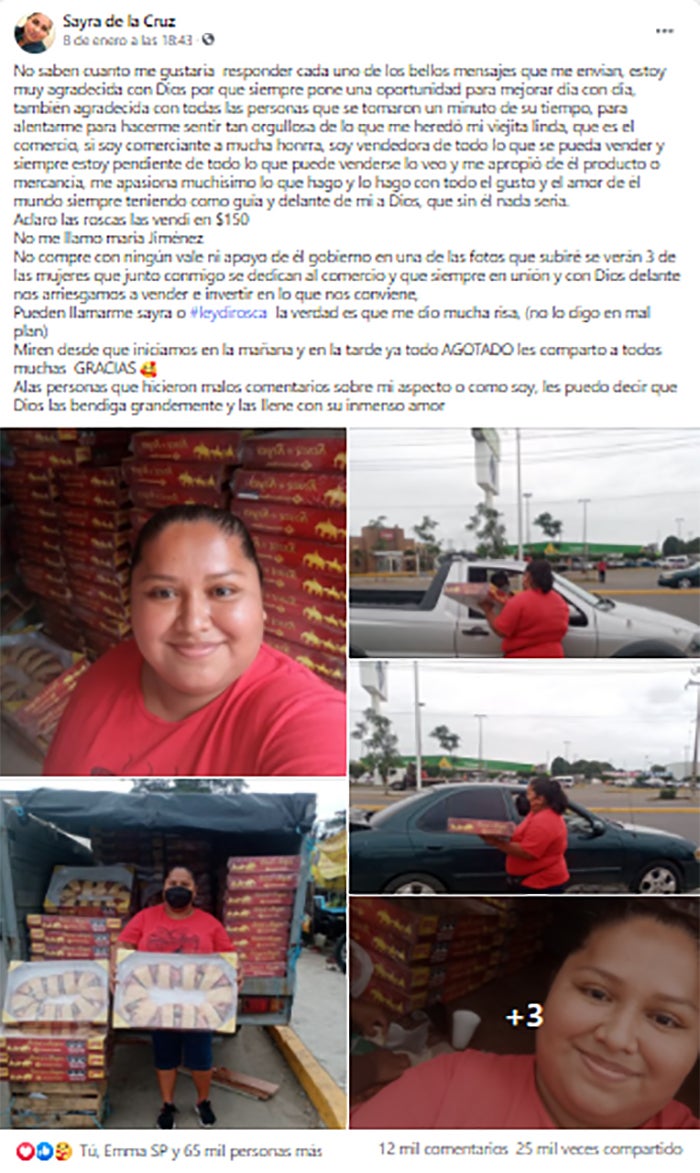 Has anyone been affected by the #LadyRosca initiative?

If we look at it, the store sold a lot of threads that may have ended up in the trash. In addition, they had the same expected profit in their auction price (99 pesos). Remember that Sam’s Club specializes in the sale of wholesale products for its members. Therefore, it is not strange that a single person takes all the units in stock of some product.

Those who bought the threads for 150 pesos were satisfied, because with everything and the increase, they cost half the original price (299 pesos). They were also able to enjoy the product without having to pay for the store membership.

Certainly, Sayra and her partners were the great winners, since in the end they obtained a profit of 15 thousand pesos.

Perhaps those who can blame #LadyRosca are other members of Sam’s Club, who could no longer get their thread on sale at that branch.

Fuel for Every Athlete

Concussed? News That You Need to Know by Gary Reinl