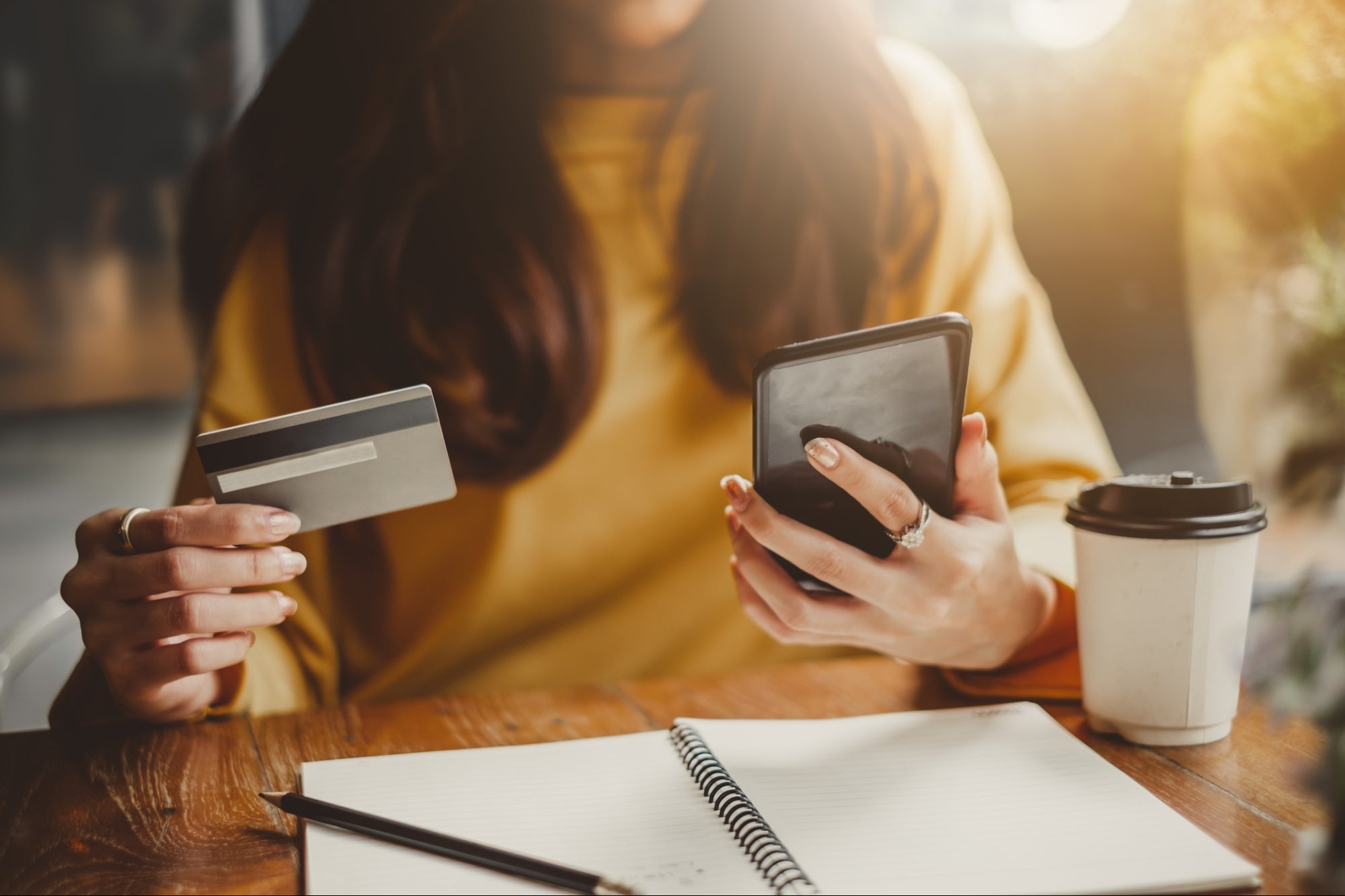 And that was the state of fulfillment before Covid.

Since the crisis hit, we’ve seen an unprecedented increase in online ordering: e-commerce has grown by 44.5 percent, with revenue reaching $211.5 billion in the second quarter of 2020 alone. And as orders have grown, so have the challenges of keeping shelves stocked and deliveries on time, not to mention the dangers that accompany fulfillment and distribution work.

In short: the timetable for automating and modernizing fulfillment is being accelerated at a rate we never could have predicted. The effects of this rapid-fire evolution will reverberate for years, utterly transforming how we get orders from A to B. From advanced automation to even smarter distribution solutions, here’s a glimpse of the trends that will define the next several years in the fulfillment and warehouse technology space.

Smart automation is the norm, not the exception

Futurists had predicted that warehouse automation would be the norm a decade from now; a year into the crisis, that timeline seems far too conservative. The reality is that conveyor belts, not to mention the roles and workflows that grew up around them, are marching toward obsolescence faster than we predicted.

Why? The compounding problems of distribution just can’t be ignored anymore. Most shipping networks weren’t initially designed for ecommerce; as this retail avenue has exploded, it’s exposed flaws and inefficiencies that are only growing worse. With supply chain labor shortages exacerbated by Covid, the urgency to adapt has never been greater. Companies that had 10-year automation plans in the works have started asking, “How do we get this vision off the ground in the next two years?”

Related: Impact Of COVID-19 On the Future Of Edtech

Couple that with technology that’s growing smarter at an exponential pace. Smart robots that act as the “feet” inside warehouses are already commonplace. Amazon alone deploys a fleet of more than 200,000 automated guided vehicles in its warehouses to move loads. But now we’re on the cusp of a sea change, with AI-powered robots taking on the much more challenging role of “hands” in the warehouse setting that can intelligently pick and pack orders. Right now, robotic picking is fast transitioning from the showroom to the warehouse floor, with systems already installed permanently in live production facilities.

The idea of a dark store — a brick-and-mortar site that services customers locally via delivery and pickup without them ever entering — has been on the periphery of the U.S. retail industry in pilots and small-scale concepts for years (and has already seen plenty of success in Europe).  But as the pandemic continues to limit in-person interaction, some U.S. retailers are starting to revisit this concept more seriously. Five years from now, dark stores may well be the norm.

Micro-fulfillment centers offer a similar mix of convenience and low-touch service. These automated, small-scale warehouses are placed strategically close to popular delivery markets, to allow companies to cut down on shipping costs and time. Grocery stores in particular can take advantage of this sort of model; with the challenges of shipping fresh food, micro-fulfillment centers are almost a must for a grocer who wants to up their ecommerce business.

Warehouse automation has traditionally represented a serious investment. An enormous upfront capital expenditure in infrastructure and equipment has been required, with the real pay-off coming in the form of long-term savings from decreased labor costs and increased efficiency.

Related: In Future AR Tech, Expect More Blasts from the Past

But the advent of mobile robotics helps reduce the ROI period to shorter time frames (down to just two or three years). Retailers today can even implement automation with RaaS — or Robotics as a Service, a one-stop solution where a single vendor provides integrated hardware, software and management, on a subscription basis — which involves far less commitment and expertise. Another benefit of these sort of nimble automation systems: they permit dynamic changes to operational layouts with minimal cost impact. While reconfiguring an “old-school” conveyor-based operation would have been a logistical nightmare, mobile pickers can simply be reprogrammed.

This also opens up more options in terms of where automated warehouses can be set up. The concept of brownfield (retrofitting) vs. greenfield (new space) installation is not a new one. Greenfield was previously the more feasible option, due to physical and time constraints. But as installation of mobile robotics solutions becomes simpler, and more achievable in constrained physical locations, the market has begun to tilt towards brownfield installations.

Increasingly, warehouse automation requires neither the capital, space or time investment of yesteryear — an appealing prospect for those looking to update their infrastructure urgently.

The warehouse tech industry will consolidate and mature

There’s a bubble forming today in the warehouse technology space. One year ago, the LogisticsIQ Automation Market Map listed 250 companies with automated warehouses; today, the latest edition reports that number has ballooned to 650 businesses.

But there’s a problem with this growth spurt: Warehouse technology as a whole is not mature enough, nor is the current market large enough, to support this many players. Kindred AI, for example, developed excellent piece-picking robots, but struggled at first to stand out from the market and drum up a large customer base. The fact that they were just acquired by leading British online supermarket Ocado is illustrative of larger industry trends.

This warehouse startup bubble will eventually deflate through acquisition by other warehouse tech companies (just look at the pace at which Amazon Robotics continues to gobble up smaller companies) and external players wanting to build out their own in-house tech expertise. As high-tech grad-school projects fade into the background and more reliable heavy-hitters stay the course, the industry itself will consolidate, with a core group of central players providing indispensable tools for the largest customers.

Meanwhile, the startup landscape itself in the space will shift away from new mobile robot platforms and toward next-generation initiatives, including software-focused robot fleet-management and distribution center digital twins for simulations and testing.

The demand for robot-related human jobs will explode

Though there are a lot of fears out there about AI and robots “taking our jobs,” the reality is that this burgeoning industry stands to jumpstart a thriving new job market.

The World Economic Forum reports that 75 million jobs could be displaced by machines, robots and algorithms in the workplace, but it also says that 133 million jobs globally will be created in this same period of transition.

Already, we’re seeing a rise in demand for “automation experts” to maintain and grow corporate robotics operations. It’s a trend that exists on the digital and robotic process automation side of things, but one that will extend to the care of physical robots eventually, too.

We’ll also see plenty of entry-level jobs (many remote!) emerge for robotics operators, and possibly even “co-bot” relationships: human roles that require collaboration with machines. For instance, robots might lift shelving units of product over to a human picker who confirms and prepares a shipment personally. Automation isn’t just about replacing people — it can also be used to improve the effectiveness of existing employees, for the benefit of the whole team.

As retailers and distribution centers seek to keep pace with exploding demand and expectations for faster delivery, smart and nimble automation is the only way forward. While the specifics may be speculative, the combination of push and pull factors leaves little doubt that fulfilment is in the midst of unprecedented — and necessary — change. Fortunately, improved technology and innovations like robotics-as-a-service have democratized access to these tools. Ultimately, businesses that survive and thrive will be the ones who embrace these solutions sooner rather than later.

Related: Why Voice Tech Will Be the Post-Crisis Standard — and Not Just for …

Hire Like a Diversity Expert: 5 Key Qualities of Inclusive Employees