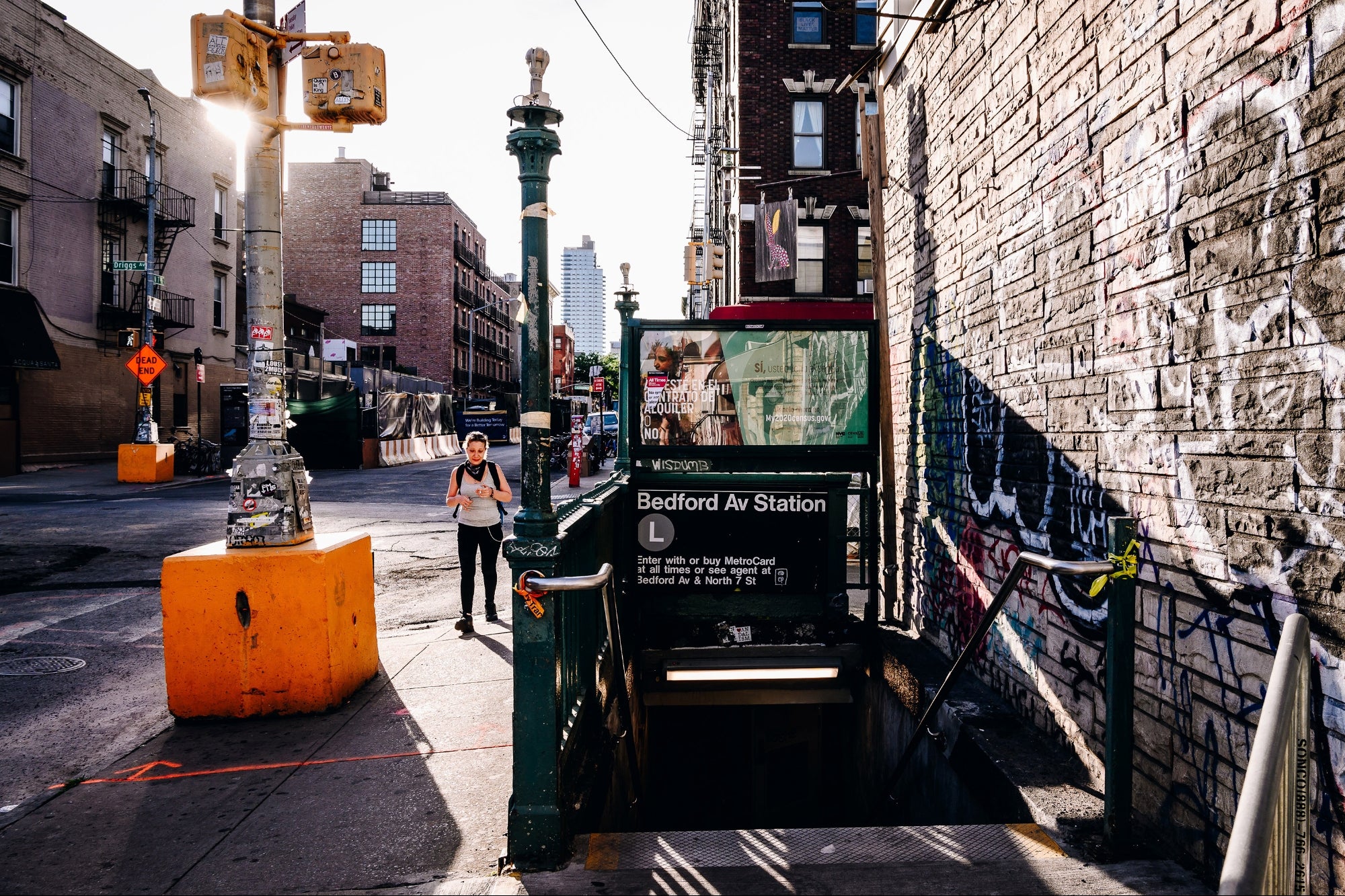 Every young New Yorker experiences a unique rite of passage: The first day you ride the MTA all by yourself.

My parents had done much to prepare me for this moment—everything from “what if” scenarios to reviewing the MTA map and using pay phones to call them when I arrived at my destination. This was back in 1999 when payphones were on every platform underground. It was a summer day and I was going to visit my elementary school friends in the Bronx nearly a year after having moved to Brooklyn.

Commuting from Brooklyn to the Bronx is no joke. That day, I walked half a block to my local L Train Station at Wilson Avenue, stood amid the crumbling facade of the station waving my parents goodbye, and took the long ride to Parkchester transferring at Union Square to catch the 6 train. I would not know it then but my experience, while similar to people in the same socio-economic class, was not familiar to those who lived in middle and high-wealth neighborhoods. It was not until I returned home after college in 2008 to see a new train facade, faster-arriving trains, and the rising costs on my block that I realized what happened: My neighborhood of Bushwick had gentrified. This came with an even starker reality: I grew up in a poor neighborhood that was deprioritized in terms of investments until the demographics changed. This meant that for the decade from my rite of passage up until my return, I was experiencing a disenfranchised system where there were significant delays, an eroding infrastructure, and limited accessibility for those who needed ADA access. I would love to believe that a city I call home has made major adjustments since 2008, especially with the implementation of Title VI during the Civil Rights Movement.

In the past decade, transit agencies have conducted studies and implemented new policies to ensure people, regardless of their income, immigration status, or physical disabilities, have access to the transit system and low-cost fares. As noted by the Urban Institute’s research “The Unequal Commute, “In many cities, white, highly educated, and high-income residents have greater access to public transportation, and wealth differences by race and ethnicity make it easier for white residents to purchase a car, allowing for increased access to jobs. Public transit that is inaccessible for elderly people and people with disabilities can leave transit-dependent residents stranded and a lack of transit options, particularly at off-peak hours, means that people who work irregular schedules often have no safe or affordable way to get to work.”

The reality is that these efforts have been incredibly slow-moving and more needs to be done to ensure that social and racial justice are woven into our city’s transit system.

Related: 5 Products to Carry You Through Your Daily Commute

Where it has failed

If New York City were a human being, the Metropolitan Transit Authority (MTA) would be its blood and veins. It is more than just transportation for the millions of diverse people who ride it. It is a communal meeting place where you’re surrounded by the smells, sights, and sounds that make the city what it is. However, if you ask any New Yorker what they think about it, a majority will respond that it’s trash. Despite having one of the largest subway systems in the world and nearly 6,000 buses running on more than 300 bus routes, a large percentage of New Yorkers cannot easily, affordably get around their own city. The MTA is not owned by the city, or the state, so vital laws like Title VI were not automatically implemented.

According to the Title VI section of the Civil Rights Act of 1964, it is prohibited to have any exclusion from participation in, denial of benefits of, and discrimination under federally assisted programs on the ground of race, color or national origin. The law was intended to ensure that society moved towards the inclusive, equitable promise that so many fought for during the Civil Rights movement. Unfortunately, a history of racist planning and policy has shaped the current transportation landscape of NYC.  Although most transit agencies are required to update their Title VI policies every three years, the MTA did not implement it until 2012. Even in other cities, these updates are usually impractical for immigrants, communities of color, low-income or populations with disabilities. The Title VI policies provide a floor for progress and improvement – not a ceiling. Compliance with a hard-to-enforce federal statute is not nearly enough in cities striving to combat systemic inequities perpetuated by decades of racist policies that have excluded marginalized communities from access to opportunity and wealth.

Related: Smart Mobility: Changing Our Cities For Ever

In 2018, the average New Yorker spent about 12.5 days a year commuting to work, but outer borough residents–who make up roughly half of employed New Yorkers – spent as many as 31 days out of the year traveling to their job.  According to Lime’s Comprehensive Transit Equity Report, which is based on data provided by Sam Schwartz Engineering, there are two key aspects of the problem in New York City:

An inefficient MTA harms social mobility, community bonds, and further divides a city already heavily segregated by race and income. Equity goes far beyond assessing how service is distributed, yet that is the extent of most transit agencies’ equity work. This one-dimensional understanding is constraining to say the least. Officials and representatives have historically turned a blind eye to the ongoing social injustices of institutions that build and operate transportation systems in the US. It is up to senior leadership to proactively develop and implement practices that commit to delivering equitable transit, and they must engage folks at the local level in order to make our cities more inclusive. They have to collaborate to make decisions through deep and meaningful community engagement, consulting historically overlooked communities of color, immigrants, and low-income households long before policies are proposed.

Transit agencies need to go beyond the basics

This year has exposed the systematic racism that has woven itself into our public systems and this is no stranger in transit. There has been a growing urgency to address and implement stronger transit equity systems nationally with organizations such as the Urban Institute publishing their work on The Unequal Commute and the Transit Center publishing their study on Inclusive Transit two years ago. Most recently, co census has launched a Transit Equity Learning Lab in collaborating with the Urban Institute on two workshops to deliver more tools, data, and reporting systems to implement a policy that can foster equitable outcomes across cities in America. But what else? What actions can be taken to really upheave a 100-year-old system and redesign it for the people who need it the most? Transit equity has a strong correlation with access to workforce opportunities, education, and healthy food. If we can build more equitable systems, are we ultimately redesigning them for a more equitable future where we can nourish communities to grow beyond their wildest dreams?

The Top 6 Skills Every Copywriter Must Have

Alternatives to the ban on disposable plastics in CDMX