The startup founded by Jorge Ríos, Diego García and Roberto Betancourt makes it possible for mobile applications to work without Wi-Fi connectivity.

The Mexican application for messaging without internet Bridgefy announced that it had more than a million downloads in Myanmar after the army temporarily interrupted web traffic in the power conflict that is being experienced in the Southeast Asian country. 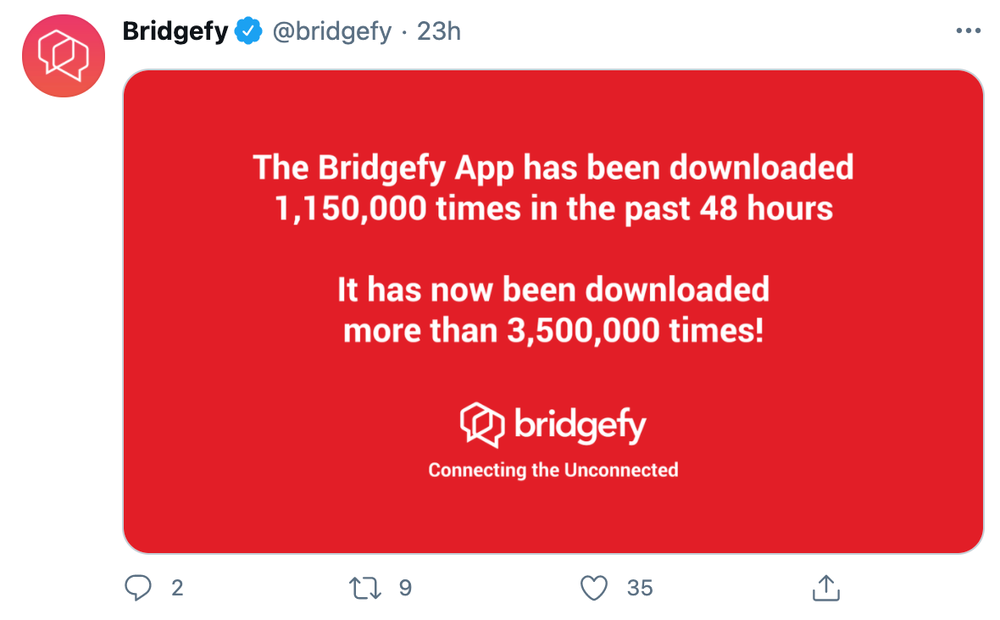 The Mexican startup founded by Jorge Ríos, Diego García and Roberto Betancourt makes it possible for mobile applications to work without Wi-Fi connectivity. For this, the entrepreneurs designed software that the large app companies integrate directly into their system so that mobile devices can connect with each other through an algorithm and via Bluetooth at a distance of 100 meters, almost the size of a field. football, instead of passing the signal through a satellite or the internet.

Bridgefy became popular during pro-democracy protests in Hong Kong in 2020. The company tweeted that it hopes that people in Myanmar will find its app “useful in difficult times” and that it has been downloaded more than 1.1 million times.

The Reuters agency reported that after the country’s democratically elected leaders were arrested, telephone and internet connections were cut off in cities like Rangoon and Naypyitaw. Communications were re-established Monday night, but social media users encouraged the download of Bridgefy.