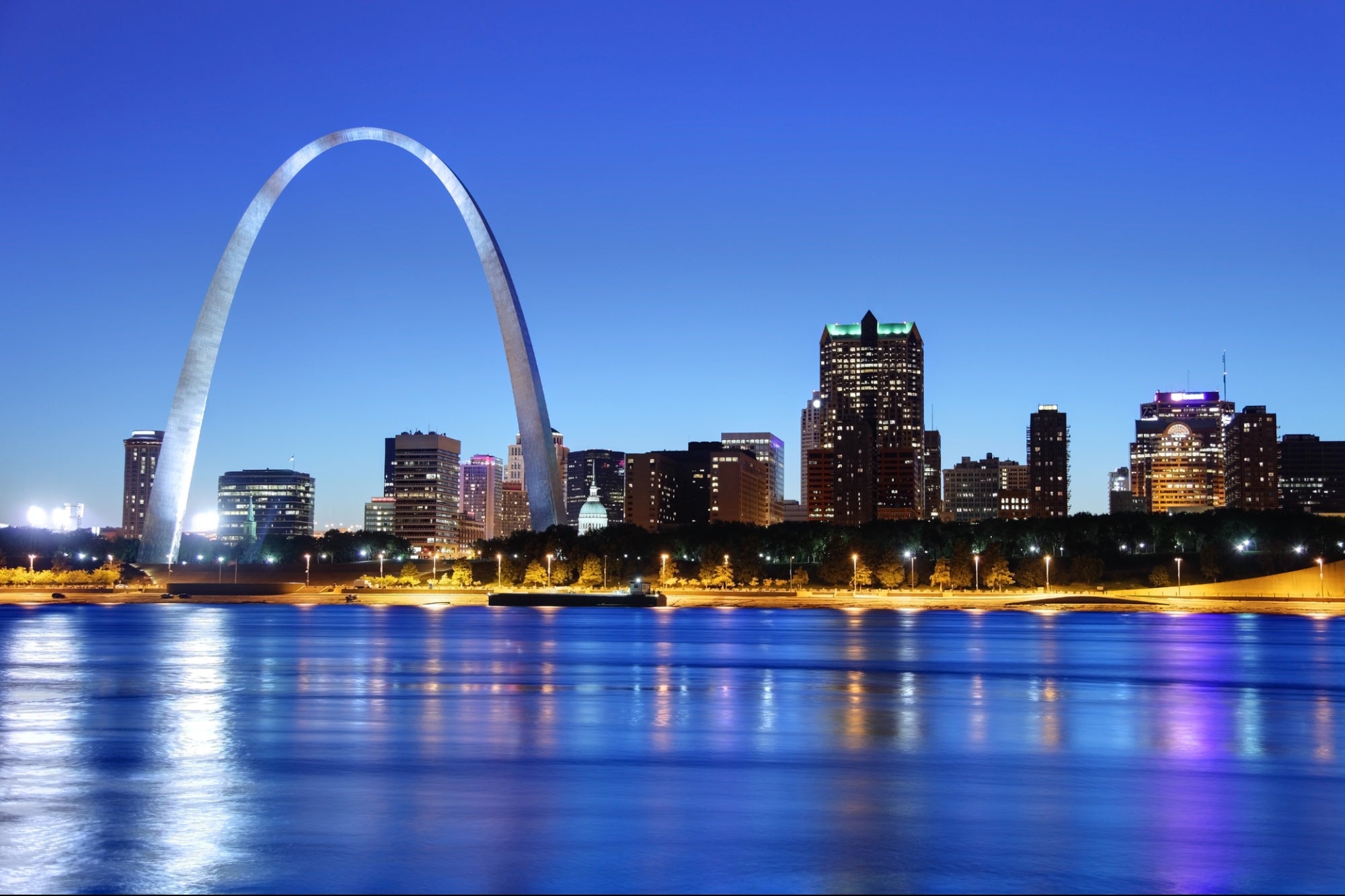 For many years, much of American innovation — particularly tech innovation — was concentrated on the coasts. Just five metropolitan areas (Boston, San Diego, San Francisco, Seattle and San Jose) accounted for 90% of all U.S. high-tech job growth between 2005 to 2017.

This is an important migration of people and ideas. It allows for the unlocking of the private sector for job creation investment, which will in turn stimulate economic growth and speed up America’s Recovery by investing heavily in geographic areas that typically do not get as much infusion of funding.

Which cities are already proof of this inland innovation explosion? Well, for starters, here are eight of the most prominent.

The gateway to the west has spent the last decade building innovation infrastructure, including three gems in Cortex Innovation Community, BIOSTL in Midtown and the coming National Geospatial-Intelligence Agency on the city’s northside. At the same time, innovators have access to:

With the presence of several fortune 100 companies, a huge supply of VC funds and public grats, plus a vast amount of resources designed specifically for innovators and entrepreneurs St. Louis is on the precipice of leading the United States in 21st century innovation.

Located just outside of both Detroit and Ann Arbor, MI, Novi is one of the most innovative and fastest growing cities in the Great Lakes State. Recent news shows Cold-storage specialist Lineage Logistics raised $1.6 billion in funds. The city itself is committed to fostering more businesses to start and build in the city, shown by its own investment in the community through free startup counseling. Plus, the nearness to Detroit gives innovators in Novi access to endless resources throughout Southeast Michigan.

Indianapolis hosts huge events as well as any city in America, its downtown has been reinvigorated over the past 20 years due in part the state and the city has invested in entrepreneurs and innovators. Indianapolis has several tech startups moving tech forward in the fields of bioinformatics, SaaS optimization, virtual training from industry giant Lessonly, could tech and customer management systems to name a few. There are many funders available to innovators in the Indy area such as High Alpha, Innovate Indiana, and Xcap Angels to name a few. If that wasn’t enough, Indiana has dedicated $1 billion over the next 10 years to advance innovation and entrepreneurship in Indiana.

Home to such promising startups as Sollis Therapeutics, Root Insurance and 2Checkout, Columbus has been consistently ranked by the Kauffman Index as a top city for scaling startups. The funds per capita available to startups in Columbus rank among the highest in the nation, meaning that startups internally grown and experts from across the nation see Columbus as a prime spot to lay down roots and begin to scale, as witnessed by former Sequoia Capital partners Chris Olsen and Mark Kvamme leaving Silicon Valley in 2012 to establish Drive Capital, which now ranks as the biggest VC firm in Columbus.

The overall Columbus community, including The Ohio State University and the Short North neighborhood, all work together to attract and foster a vibrant startup community. Innovators such as SafeChain and wireless-powered “internet of things” provider Nikola Labs and Ohio’s first unicorn, CoverMyMeds, now have roots in Columbus.

Other than being home to one of the most vibrant independent music scenes in the United States, Omaha, NE is an unexpected innovation hot spot. They recently became home to Facebook Inc.’s newest data center, have an incredibly supportive local chamber of commerce and are home to highly rated innovative companies from the fields of web security, video conferencing, Cardiothoracic Surgery and supply chain technology among several others. One of the biggest advantages they have is the presence of Nebraska Innovation  Campus which works to connect “the talents of experts, companies and the university to create a unique culture of innovation.”

Related: Infographic: The 10 Best Cities for Young Entrepreneurs in the U.S.

Home to renowned companies like Welltok, Reven Pharmaceuticals, Accera and others, Denver has a proven track record of fostering innovators and innovative companies to max potential. A huge factor contributing to this is the over 150,000 college students in and around the area, providing local companies with homegrown talent that is part of Denver and fully invested in its growth.

One thing that all of the cities on this list have in common is that each has at least one hub for brilliant minds to work in close proximity. Denver continues this trend with Built In Colorado, a home to startups in ecommerce, fintech, health tech, ad tech and ed tech.

Wichita and Kansas City, Kan. sit 200 miles apart but have a symbiotic relationship in the funding and supporting of innovators in eastern Kansas. Just look at Wichita-based Accelerate Venture Partners, which is throwing its support behind two of the Kansas City area’s rising startups. In the midwest, people are less concentrated in metropolitan areas, so cities within proximity look to each other for talent, support, innovation and investment.

Wichita also is home to innovators like Kingfit, which is fighting diabetes through education that is accessible to patients on an app, or a company like Grit Virtual, changing the way construction companies project mange to eliminate waste and make large scale projects more efficient.

Meanwhile, Kansas City ranks among the best cities in the entire United States in terms of funding and supporting female entrepreneurs and innovators. This exponentially strengthens the entrepreneurial and innovative communities and overall talent pools for larger businesses to recruit from.

Last, but in no ways least, is the Twin Cities. In recent news, Google awarded African American-founded startups Civil Eagle, Watch the Yard and The Black Women’s Wealth Alliance $200,000 in funding as a part of its Black Founders Fund. This is not the first time the Twin Cities have been recognized as home to amazing innovators, and it is far from the last. The region is home to over 150 startups and growing.

In October, Silicon Valley-based Arctic Wolf announced that it plans to move its corporate headquarters to Minnesota as well as create a $200 million Series E round of venture capital. This will add to the ability of the area to continue to grow innovators. As home to food giants Cargill, General Mills, Hormel and Land O’Lakes, the Twin Cities have the infrastructure and experience to scale and support their growing minds.

How do we foster this growth and keep the movement growing exponentially? We need to first establish incubation spaces and facilities for innovators, entrepreneurs and start-ups. Then, establish a virtual technology commercialization marketplace. Startups and small businesses would identify a market or problem and propose a solution instead of relying on large companies and enterprises. There must be investment of time and resources from the local, state and federal governments as well as capital from private VC firms  — this cannot be an either/or situation. Grants must be established and awarded based on merit and inventiveness. These must then be supplemented by private investment to get them across the finish line, and scaled to a level that positively affects the general public.

The future of American Innovation is in safe brilliant hands. You just need to scan more of the map than the coasts. Between the Great Lakes, the Mississippi River Valley, the Great Plains and the Rocky Mountain lies a new better world. A stronger and smarter United States of America.

This article was written in collaboration with William Saulsbery