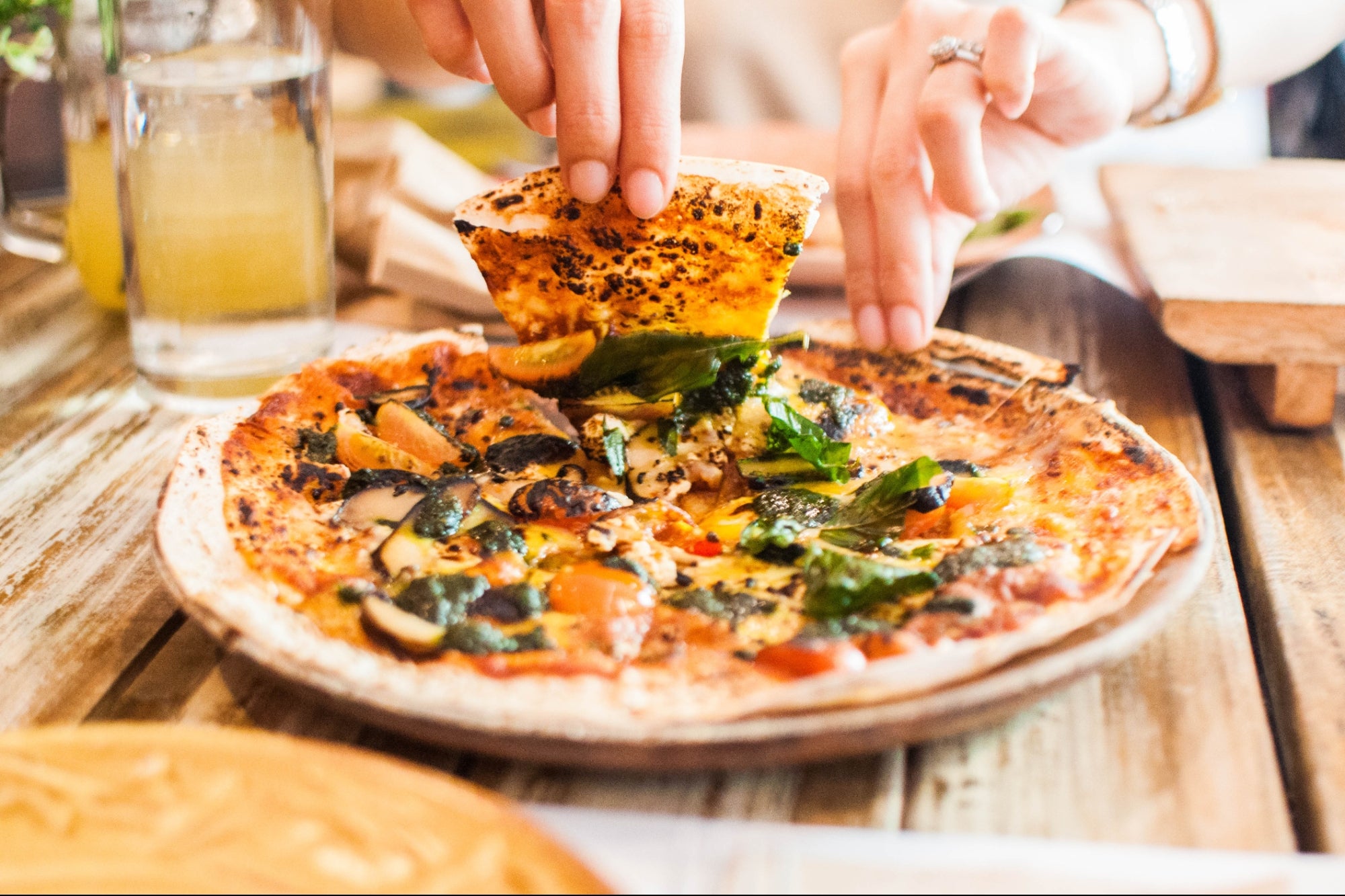 Folded, fork and knife, deep dish, thin crust – however you like to eat your pizza, chances are there’s something for you in the freezer aisle. While pizza might be a classic and fairly simple food, it reigns supreme, a top-selling favorite around the world for people of all ages. And in today’s busy world, where most of us are overworked, spread thin, and don’t feel like laboring to cook when we get home at the end of a long day, that means one thing: Frozen pizza is the answer.

These modernized, ready-to-cook renditions of the Neapolitan classic have grown over the years into a significant market force, estimated at a global value of $19.6 billion, as of 2019. It’s been noted that young and working-class people are the driving force behind the rise of pizza – especially frozen pizza – as a convenient comfort food that busy folks can have ready in 30 minutes or less.

But to break into the frozen pizza market today, a company has to offer something unique. There are enough basic cheese pizzas in the freezer section – which is why the latest innovators attempting to enter the frozen pizza space are deviating from the classic pizza formula. To better serve consumer interests and needs, a number of brands are coming out with pizzas that are entirely plant-based, and which may use other alternative ingredients as well, such a gluten-free crust. Here are some companies that are innovating within the frozen pizza space to give consumers a slice of something different.

Amy’s, the California brand known and loved by vegetarians and vegans, is getting its slice of the pie by opening a new pizza-making facility. Amy’s foods have long been appreciated for their use of organic ingredients and no animal products, which of course also goes for their frozen pizzas. Varieties offered include their vegan Margherita, the cheeseless roasted vegetable pizza, and several others which not only cater to vegans and vegetarians, but gluten-free/Celiac folk as well.

Amy’s noticed a dramatic spike in demand for their frozen pizzas this year, almost certainly due to the COVID-19 pandemic keeping so many of us at home (not to mention leaving us fatigued from cooking), and in response has actually opened a new manufacturing space just for their pizzas so they can keep up with the demand. Which is to say, consumers can expect more pizza on shelves soon – and competitors may want to follow Amy’s cue to offer more, convenient plant-based foods if they’re hoping to see similar growth.

A slice of the pie

Perhaps unsurprisingly, one of the most popular vegan pizza makers is Daiya, the company best known for their array of dairy-free cheeses. The Canadian brand makes a full line of frozen pizzas, which in fact are all gluten-free, so those with Celiac need not squint at the ingredient list. From classic cheese and pepperoni to fire-roasted veggie, meatless meat lover’s, and mushroom with roasted garlic, there are pies for every taste. Frequent eaters love the thin, crispy crust, and the plant-curious might be interested to try the non-dairy giant’s take on the cheesy classic.

New York pizza purists will be glad to hear of Blackbird Foods, which took an alternate route into the pizza game. Originally and best known for their seitan, which contains few ingredients but is delicious and loved by restaurants, Blackbird is now selling frozen pizzas in grocery stores throughout the Northeast and gradually spreading to the rest of the U.S. Their pizzas come in classic styles like margherita and supreme, as well as new age-y kale and mushroom, and craveable BBQ chick’n.

It makes sense that a company known for their seitan – a product of vital wheat gluten – wasn’t going to go the gluten-free route. Instead, Blackbird treats their wheat carefully. Not only do some of the pizzas use their own seitan, but all of the crusts are classic wheat and hand-tossed rather than mass manufactured. Despite being a frozen food, this allows Blackbird’s pizzas to look and feel rustic and restaurant-quality, rather than like machine-made, highly processed fare. They’ve also partnered with Violife, a brand quickly growing in popularity for its various styles of vegan cheese, to top their pies. It should be interesting to watch Blackbird’s relatively young pizza business develop, especially if they continue to partner with other notable names in the plant-based food sector.

But for those who have lost interest in wheat, Wholly Veggie might take the crown. This Toronto-based brand eschews gluten in favor of veggie-dense meals and meal starters, including their line of pizzas and pizza crusts. All are gluten-free and vegan, made from vegetable ingredients like cauliflower and sweet potatoes rather than wheat. The crusts are great options for when half-homemade is exactly what you can manage, and for when you need dinner to be a total snap, they also offer two fully premade frozen pizzas. These pizzas are made with Follow Your Heart vegan cheese, another brand well-known to vegans and other dairy-free folks.

American Flatbread isn’t an exclusively vegan brand, but market watchdogs might find it telling that an omnivorous company is going out of its way to offer vegan options. Apart from their line of traditional non-vegan, flatbread style pizzas, they offer two classic vegan pies as well: a cheeseless tomato pie, and a cheese pizza made with dairy-free vegan cheese. But that’s not all: their lineup now also includes several different “Meatless Evolution” pies, some vegan and some vegetarian (made with cheese). It’s a varied roster with options to suit all different consumer types and tastes.

Oh Yes! Foods has slowly been gaining traction among hungry vegans and vegetarians. The Los Angeles-based brand, founded by two doctors with a picky eater at home, is all about packing the classic comfort food with vegetables and nutrients. Even adults need to trick ourselves into eating healthy food sometimes, and Oh Yes’ lineup makes personal and medium sized cheese pizzas in every combination of vegan cheese (also by Follow Your Heart), dairy cheese, wheat crust, and gluten-free crust. Their 7.5” personal pizzas alone boast contents of three times the daily recommended fruit and veggie intake, thanks to sneaky inclusions like papaya, guava, artichoke, and kale.

Far from a quick weeknight dinner, frozen pizza is, interestingly enough, seemingly becoming a site of innovation and collaboration for food brands throughout North America. A consumer appetite for food that’s both healthy and convenient, along with the undying American love of pizza, has led to vegan pies popping up in new brands, places, and flavor profiles. At the risk of sounding cheesy, it’s not delivery – it’s disruption.

Related: Plant-Based in a Pinch: The Frozen Food Aisle Is Turning Vegan …