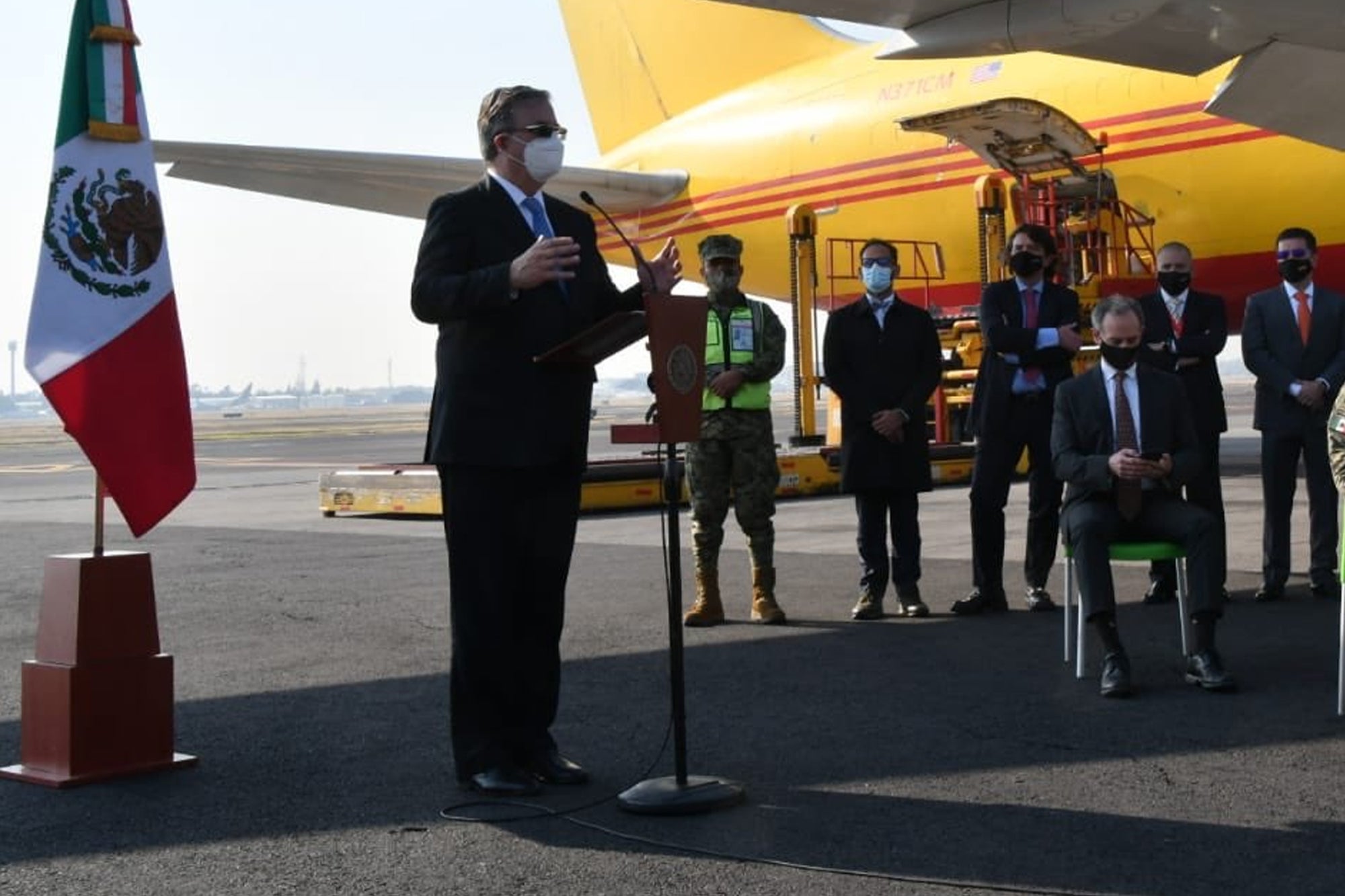 The expected first shipment of the immunizing drug against the coronavirus landed in Mexico City around 9:00 a.m. from Belgium.

Mexico will begin on Thursday the application of the vaccine against COVID-19 from the US pharmaceutical company Pfizer among medical personnel, according to plan, President Andrés Manuel López Obrador reported on Wednesday.

The first shipment of Pfizer vaccines landed on Wednesday around 0900 hours (1500 GMT) in Mexico City from Belgium .

Receipt of the first vaccines against # COVID19 | #VacunaUniversalYGratuita

1.4 million doses of the 34.4 million vaccines purchased from that company are expected to arrive in the Latin American nation by the end of January.

” Tomorrow (Thursday) the vaccination will begin,” said the president in his usual daily press conference . “It is a process of testing, calibration and it will begin with health workers, as agreed, those who are in COVID hospitals,” he added.

“Today is the beginning of the end of that pandemic. Today we can clearly see that we are going to defeat them, those viruses that have come to transform our lives. And that is why we say that we have hope and we are very happy today » @m_ebrard , secretary of @SRE_mx . pic.twitter.com/KF6go5IkNM

Mexico will become the first country in Latin America to vaccinate its population against COVID-19, amid an outbreak of the pandemic in its territory, which has claimed the lives of almost 120,000 Mexicans, placing the nation as the fourth with more deaths from the disease.

After the inoculation of health workers, Mexico has planned to vaccinate the rest of the population in a staggered manner between February 2021 and March 2022 , starting with the elderly and ending with the youngest. Children under 16 will not be vaccinated.

Today # Mexico became the first country in Latin America to receive the vaccine against # COVID19 . With the contracts that the @GobiernoMX signed, up to 200 million doses will be purchased that will allow to immunize, free of charge, up to 116 million Mexicans between 2020 and 2021. pic.twitter.com/vsWPTj1qr7

The process will begin in medical centers in Mexico City and in Saltillo, a northern town near the border with the United States, according to the logistics strategy planned by the Government.

What Do Bill Gates, Elon Musk and Warren Buffett All Have in Common?