In Washington, a law student was grocery shopping when he unexpectedly received a dose of the coronavirus vaccine.

Last week, in the capital of the United States, David MacMillan and his friend were in a Giant Food store when by surprise they found a worker in the pharmacy section of the supermarket and offered them a dose to each. This was due to the fact that they had two doses left that were going to expire, therefore, a pharmacist decided to administer them.

“Hey, I have two doses of the vaccine and I’m going to have to throw them away if I don’t give it to someone. We close in ten minutes. Do you want the Moderna vaccine ? ”Asked the pharmacy worker, according to the NBC source, student David MacMillan.

Video of the student being immunized with the dose, viewed more than 700,000 times on TikTok on Monday, was released. It should be mentioned that the young man was not in the priority group to receive the vaccine. 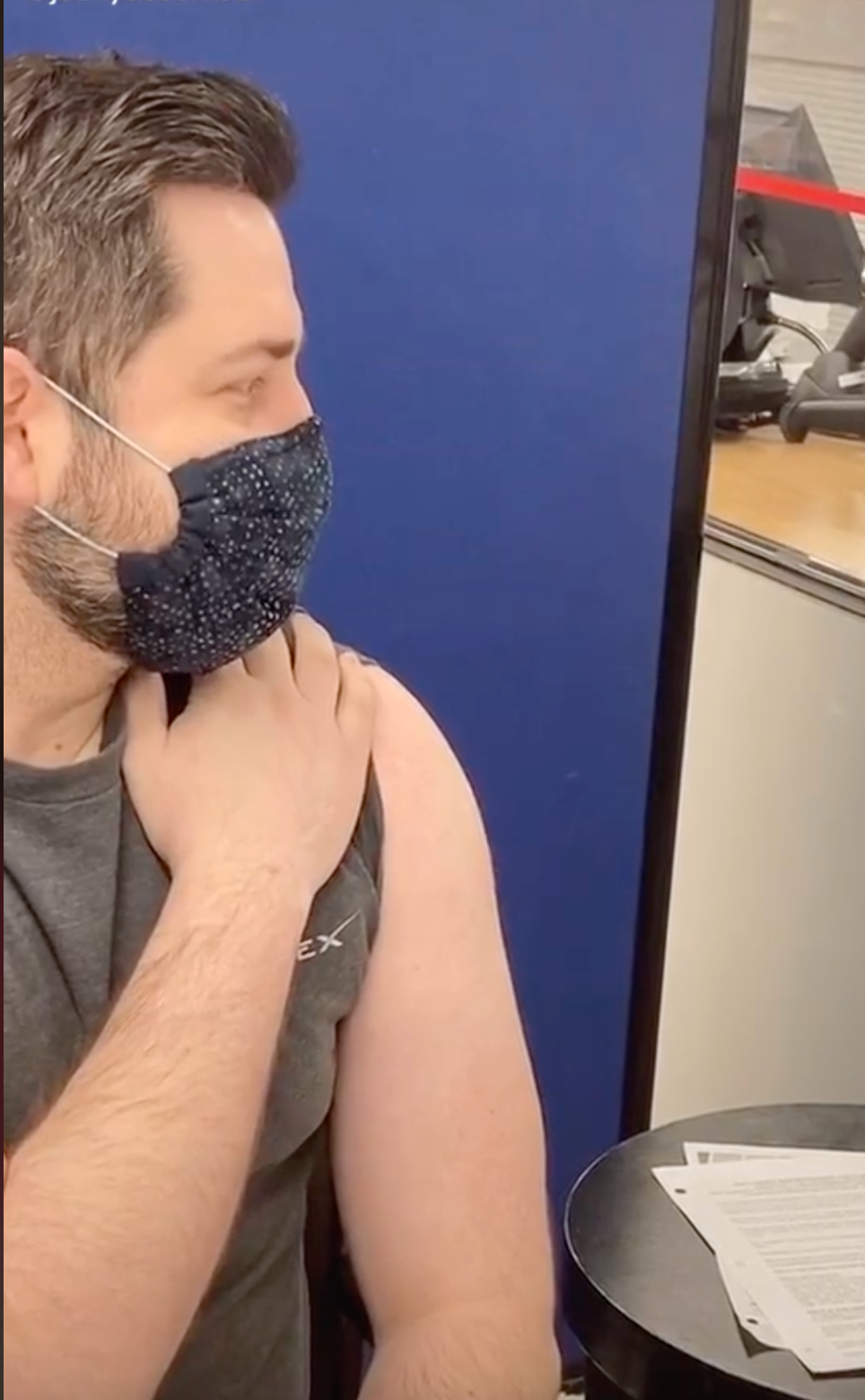 That said, the vaccination campaign began in the middle of December in the United States , at the moment it is focused on health personnel, in accordance with the recommendations of the US health authorities.

The young man described the woman as a “heroine” and claimed to have taken the opportunity to report on the vaccine by posting the video on TikTok, where it has been viewed more than 733,000 times.

“It is important, when there is so much misinformation, that people can see that it is a good thing, that it is a positive thing. We must be excited to be able to fight the pandemic, “he said on NBC.

You are scheduled to get your second dose later this month.

Taking into account the above, the Giant supermarket chain argued that the worker had respected the orders of the health authorities of the country’s capital, and pointed out that the health workers who were going to receive these vaccines had not shown up.

It should be remembered that Moderna vaccine must be kept at very cold temperatures, once it is taken out of the freezer it quickly spoils and the lid is pierced.

MacMillan pointed out that “getting the vaccine didn’t take away anyone who needed it. The situation was to use it or lose it.

“The Moderna vaccine is valuable and saves lives, and we are happy not to have wasted it and we have given each one a dose,” says Giant through a statement.

More than 4.5 million people have received the first dose of one of the Covid-19 vaccines in the United States, according to the governmental Centers for Disease Control and Prevention (CDC). So far, only vaccines designed by Pfizer – BioNTech and Moderna They are authorized in the country.

To know more: Moderna designed a vaccine against covid-19 in just two days thanks to mRNA technology

5 Tactics to Stay Focused and Achieve That One Big Goal