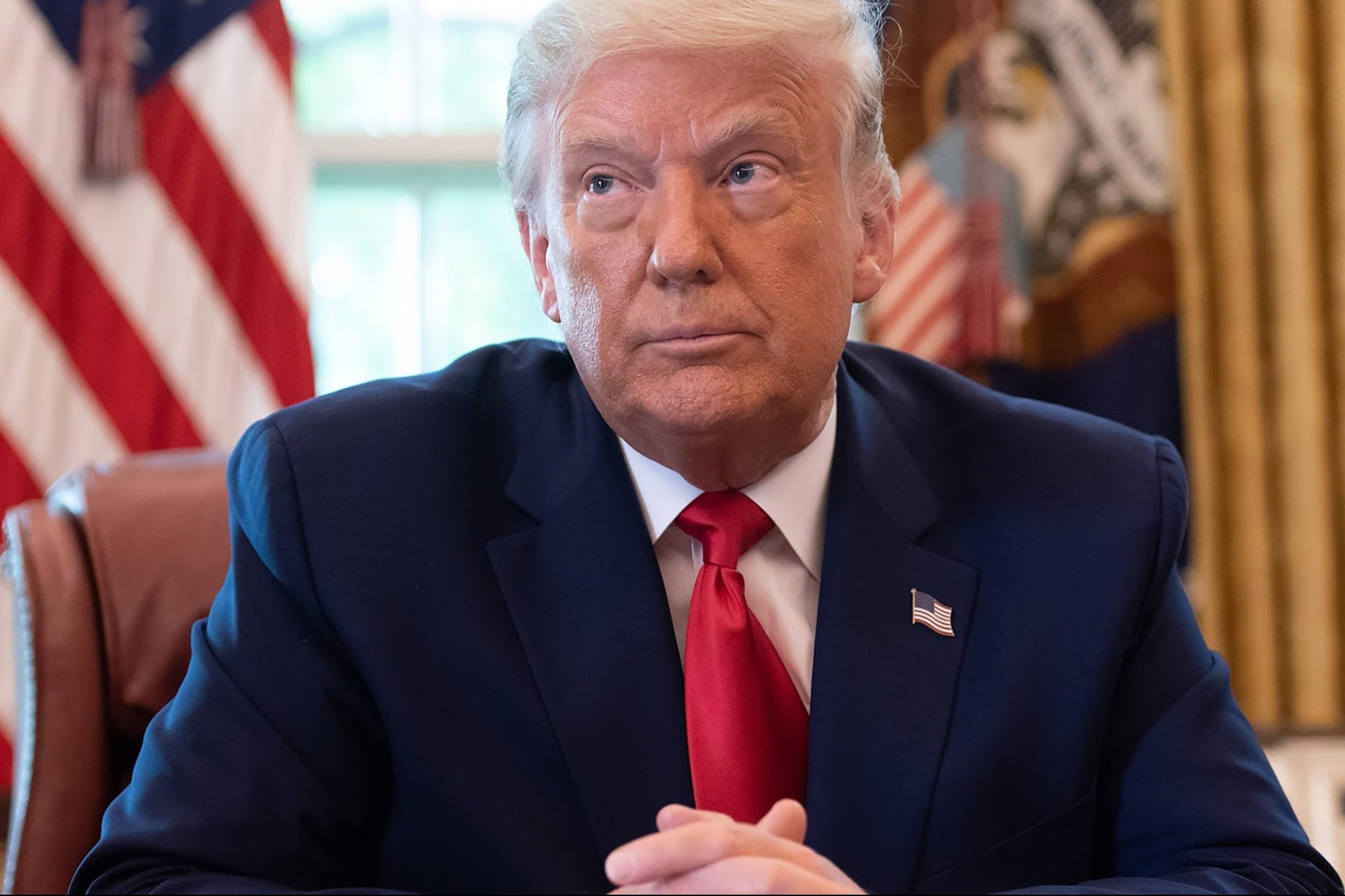 President Donald Trump speaks during an event commemorating the repatriation of Native American remains and artifacts from Finland in the Oval Office of the White House in Washington, DC, September 17, 2020.

President Donald Trump signed the $900 billion coronavirus relief package on Sunday after earlier threatening to reject it because it didn’t have larger stimulus payments.

Trump unexpectedly backtracked after he held up the legislation’s approval for several days and allowed the expiration of two federal unemployment programs aiding around 14 million Americans on Saturday. He had fiercely criticized the legislation as “a disgrace.”

Trump suggested on Tuesday he wouldn’t sign the coronavirus relief legislation unless significant adjustments were made on the size of stimulus checks. He demanded Congress approve an increase from the current level of $600 per person to $2,000.

Trump never made that publicly known during the tumultuous negotiations between Congressional leaders that ultimately forged the federal rescue package this month.

In his statement Sunday, the president said he wants “far less wasteful spending and more money going to the American people in the form of $2,000 checks per adult and $600 per child,” adding that he is demanding “many rescissions” to the bill.

“I will sign the Omnibus and Covid package with a strong message that makes clear to Congress that wasteful items need to be removed,” Trump said. “I will send back to Congress a redlined version, item by item, accompanied by the formal rescission request to Congress insisting that those funds be removed from the bill.”

Lawmakers are likely to set aside the request since Trump has less than a month left in his presidency. None of his demands were met.

“I am signing this bill to restore unemployment benefits, stop evictions, provide rental assistance, add money for PPP, return our airline workers back to work, add substantially more money for vaccine distribution, and much more,” he continued.

Democrats were quick to assail the president for holding up the legislation and warned the delay could have major consequences for people struggling to make ends meet. Trump’s refusal to sign the legislation shaved off a week of the $300 federal unemployment supplement over the weekend, experts say.

“Donald Trump’s tantrum has resulted in a lapse in unemployment benefits, and cost millions of jobless workers a week’s worth of income,” Sen. Ron Wyden of Oregon said in a statement. “On top of that, there could be a weeks-long delay in getting benefits back up and running.”

“While it’s a huge relief that the bill is signed, Donald Trump’s tantrum has created unnecessary hardship and stress for millions of families,” Wyden said.

Both chambers passed the federal rescue package along with a government funding bill with strong bipartisan support on Monday. The president’s approval of the massive piece of tax-and-spending legislation will also avert a government shutdown on Tuesday, which would have closed many federal agencies during a pandemic.

The signing was preceded by political maneuvering in Congress. House Republicans blocked an attempt from Democrats to advance the $2,000 direct payments on Thursday morning. Speaker Nancy Pelosi was fiercely critical of the move and said in a statement she is setting up a vote on legislation Monday to increase their size.

Trump also faced growing pressure from Republicans to put aside his misgivings and approve the economic relief legislation, “You don’t get everything you want even if you are the President of the United States,” Sen. Pat Toomey of Pennsylvania said on “Fox News Sunday.”

“I think what he ought to do is sign this bill and then make the case. Congress can pass another bill,” Toomey said. “But we’ve got a bill right now that his administration helped negotiate. I think we ought to get that done.”

4 Ways Besides Payment Processing Bitcoin Can Help Your Business Grow

Empowering Local Businesses During the Covid-19 Economy and Beyond