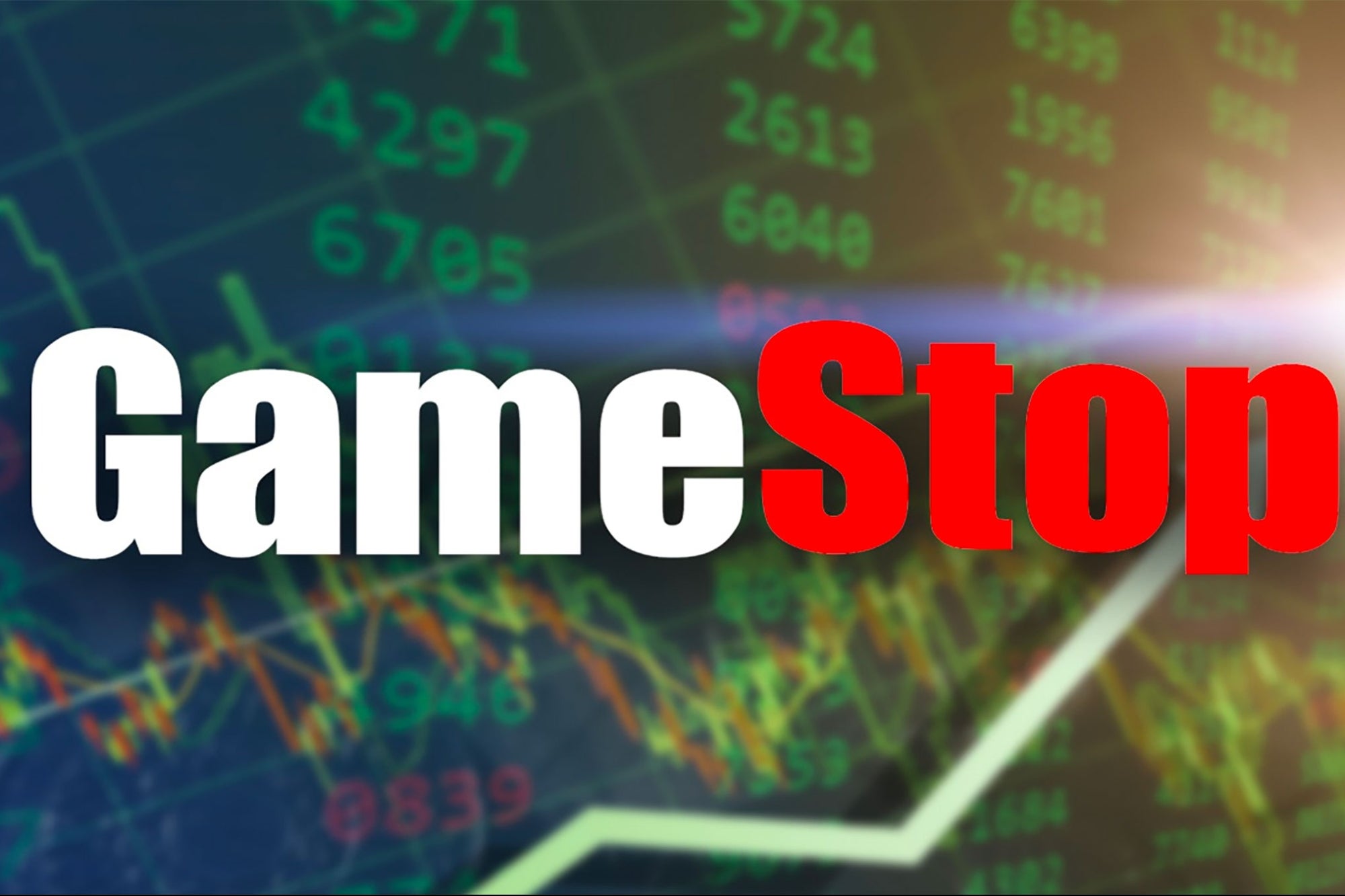 Did you wake up this morning, check the news, and have FOMO about not buying GameStop stock, but also had no idea what was actually going on? Us, too.

GameStop has had a rocky time of things for the past few years and particularly during the pandemic, when it has had to shutter stores and saw its stock price plummet. Until yesterday, that is, when its stock price rose astronomically thanks to Reddit.

We had questions and you probably do, too, so let’s see if we can answer some.

Something has happened with GameStop stock.
According to my Twitter feed, it seems that way, yes.

TL;DR?
Redditors on the r/wallstreetbets subreddit (bio: Like 4chan found a Bloomberg terminal) banded together to buy GameStop stock to inflate the price, make a huge profit for themselves, and thus destroy the financial guys who were betting against the company. Think of it as a DDoS attack on hedge funds.

What is short selling?
Short selling is when you bet against a stock. It’s an easy concept, but not easily explained, so here I will rely on Investopedia:

In short selling, a position is opened by borrowing shares of a stock or other asset that the investor believes will decrease in value by a set future date—the expiration date. The investor then sells these borrowed shares to buyers willing to pay the market price. Before the borrowed shares must be returned, the trader is betting that the price will continue to decline and they can purchase them at a lower cost.

Short selling can be immensely profitable or infinitely bad. If the stock price goes up, you can lose more than you put in.

I am more of a visual learner.
Watch The Big Short, which is about how hedge funds shorted the housing market in 2008, causing the resulting housing crisis.

Related: Reddit-Driven GameStop Rises as Much as 40% in Volatile Pre-Market Trading

What are hedge funds?
Back to our friends at Investopedia: “A hedge fund is just a fancy name for an investment partnership that has freer rein to invest aggressively and in a wider variety of financial products than most mutual funds.”

Are these people nice?
Short (lol) answer: No.

How are they reacting to all this?
Not well! The hedge fund Melvin Capital was heavily invested in GameStop, and they want you to know they were not owned, even though they have lost billions to Redditors.

Michael Burry, an investor and the central villain in The Big Short (he was played by Christian Bale, so never a great sign), tweeted (and deleted): “If I put $GME on your radar, and you did well, I’m genuinely happy for you. However, what is going on now — there should be legal and regulatory repercussions. This is unnatural, insane, and dangerous. @SEC_Enforcement”

Jim Cramer yelled at me that this is a “short squeeze” (ew), what is that?
It’s when a stock price shoots up based not on anything having to do with what’s going on at the company and its true worth (like a product release), but because of market factors.

These terms are getting worse because now I have to ask: What are stonks?
Stonks are, as you may have suspected, the ironic internet way of saying stocks. The name comes from a meme that features Meme Man, a misshapen 3D model of a head that came from a 4chan board, and is typically a response to a bad financial decision.

Where are people buying these stonks, uh, stocks?
A lot of them are using the appropriately named Robinhood.

Is this illegal?
Not unless hedge funds are.

Should I be happy about this?
We already have enough financial stuff to sort through here without delving into philosophical questions. But if pressed, we would say: a little? Who doesn’t love seeing billionaire wealth be redistributed, especially during a pandemic when government and corporate resources are not being shared with millions of suffering people? On the other hand, these tactics can potentially be weaponized against not-so-evil targets.

Elon Musk is involved here somehow?
He always finds a way. Yesterday he tweeted, “Gamestonk!!” and linked to r/wallstreetbets. It caused a massive jump in awareness of the, um, stonks, and a surge in buying.

Today something is happening with AMC?
Yes, r/wallstreetbets has lists of the most-shorted stocks that are circulating. Today AMC is riding the wave, and it has raised enough money that it won’t go bankrupt anytime soon. Other stocks you can look forward to hearing about include BlackBerry and Tootsie Roll.

I’ll be honest, I don’t know what that means.
It’s when trading is suspended by the stock market (either NYSE or Nasdaq) because of expected volatility from news related to that stock, a technical issue involving trades or a regulatory concern.

Related: How Reddit Day Traders Are Using the Platform to Upend the Stock Market and Make Money in the Process

I have seen Zack Morris mentioned. Is this Zack Morris from Bayside High? Owner of my favorite Motorola phone?
No, it is an anonymous person on Twitter and Reddit who uses Mark-Paul Gosselaar’s image and bills himself in his bio as a “FURU” (fake guru). They dole out financial advice, but also say “do your own DD” (due diligence). They have popularized the #SaveAMC hashtag.

So should I be buying the stocks on this list?
Life is a gamble, but Wall Street is even more of one.

Entrepreneurship and Eudaimonia: The Pursuit Of Lasting Happiness