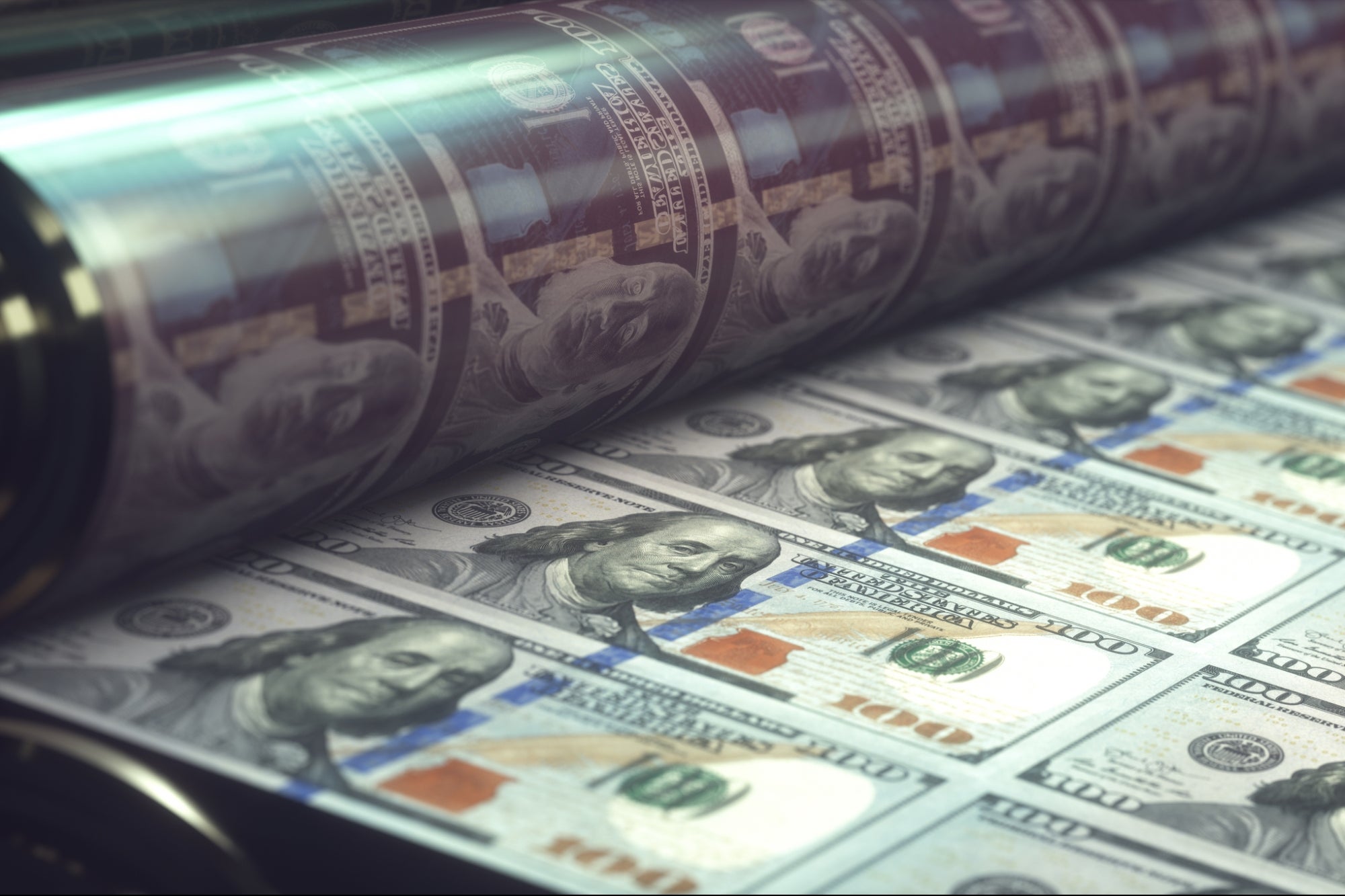 Modern Monetary Theory (MMT) has gained mainstream popularity in recent years with Senator Bernie Sanders of Vermont and Representative Alexandria Ocasio-Cortez of New York sharing their support of the theory. In simple terms, MMT believes that countries that print their own currency can never run out of money (technically, a true statement). Instead of being concerned over deficits and balancing the budget, it focuses on investing in programs like free college or universal healthcare without increasing taxes, so long as inflation is held in check. While this theoretically makes sense, could magically making more money work practically?

What’s in it for each party?

Why is MMT gaining interest? For Democrats, this seems like the perfect solution to finally funding public investments that haven’t received financial support rather than trying to tax the rich or increase taxes for the middle class. While many Republicans don’t support MMT, it could be an easy way to create tax cuts that will add to the deficit without too much objection. With opportunities for both sides to get their way, why is it likely that MMT wouldn’t be adopted by the Fed and the U.S. government in the near future?

Could MMT be passed in Congress?

For the past six months, Congress was deadlocked on how to move forward with coronavirus aid. While providing the American people aid during a global pandemic may seem like an easy agreement to reach, it’s been much more complicated to move forward due to the Senate and House disagreeing on what other initiatives should be included in relief. So, what makes people think that we could move forward with MMT? Many believe that if Democrats win the Senate runoff elections in Georgia that all Democratic initiatives proposed will pass easily through Congress, but that won’t be the case. With what could be a 50/50 split between Democrats and Republicans, it only takes one senator to deny a proposal.  MMT is controversial, so there are likely multiple moderate Democrats who would not want it to become the standard for the U.S. government.

Related: 10 Businesses to Start That Can Weather Any Economy

How would this affect me?

If MMT were to ever be implemented, it’s not as easy as the government printing more money when they need it. If the money created exceeds the resources, it can lead to hyperinflation, which is then controlled with an increase in taxes. So, while it seems like printing the money we need as we need it is a simple solution, there are consequences we would have to face. The first question is how fast would Congress act to raise taxes? Congress does not easily raise taxes, and not raising taxes when needed could lead to hyperinflation. And, once we begin raising taxes to slow inflation, there’s no telling where it will end. The truth is that while MMT may seem like a wonderful tool, spending money with the idea that taxes can be raised later to stem the tide of inflation is a dangerous game to be playing.

The reality is that Congress already functions to a degree as if MMT is the standard. Money is spent before it is borrowed. The danger is runaway inflation, and few people really believe Congress can act rationally to control this. While there is much to like theoretically, practical matters make MMT a dangerous proposition.

If you're a fan of Elon Musk and Twitter, Tesla offers the job of your dreams