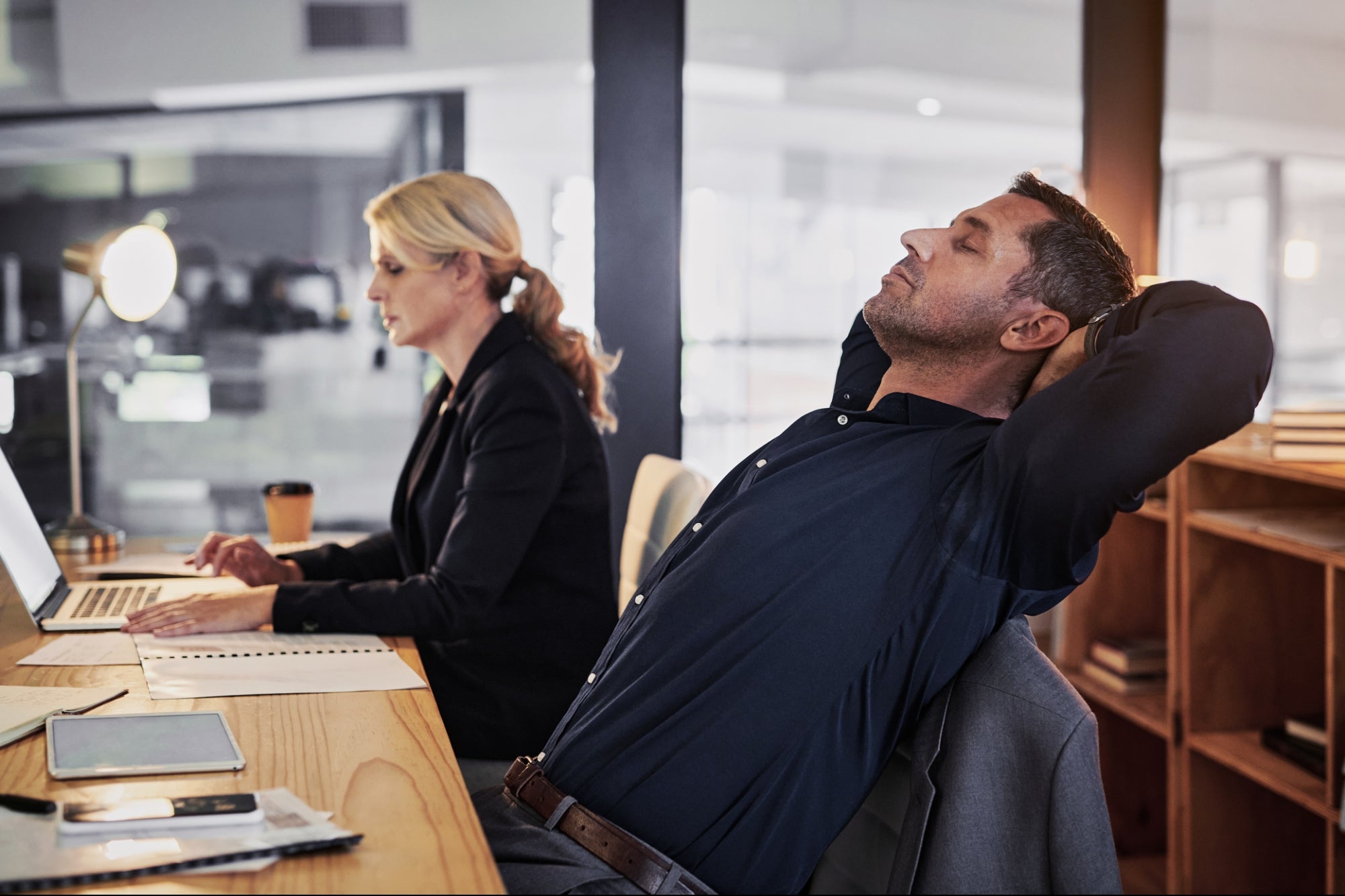 If you’re in a leadership position, you will have to assemble a team of diverse personalities and skillsets. Even if you’re flying solo, you may have to work with freelancers or contractors occasionally.

Regardless of your exact situation, if there’s a weak link, that definitely can cause bottlenecks and hamper productivity. Even worse? It can damage morale, as 47% of employees have stated that lazy employees are their No. 1 pet peeve.

Thankfully, there are ways to address this situation before it festers into something worse.

1. Address the solution before the problem occurs

As Sun Tzu wrote in The Art of War, “The greatest victory is that which requires no battle.” In other words, make sure that this wasn’t an issue on your end when assigning projects. At the minimum, this should include:

Related: The Power of Clear Expectations Between Managers and Employees

What if you were proactive and took the steps above but to no avail? Rather than losing your cool or throwing accusations, get to the root cause.

“Instead of assuming that they’re lazy and they’re a bum, you assume that they’ve got something going on in their life that is interfering with their work,” leadership coach and former U.S. Navy SEAL Jocko Willink told CNBC Make It. The only way you’ll find out, though, is if you approach them professionally and just ask. Preferably, you would do this one-on-one during a scheduled coffee or lunch break.

Willink also recommends that you ask questions like, “Can I take some of that weight off your shoulders?” You might discover they’re not lazy or incompetent. Rather, they’re dealing with time-management problems or are overwhelmed.

Another reason to do this? “You don’t know where you’re going to end up in two months, in six months,” he says. “Maybe you’re the one that’s going to need someone to cover for you.”

At the same time, don’t let this prevent you from neglecting your priorities. If you do take on some of their workload, don’t complain. Your mindset should be, “I’m going to continue to take work from them until I’ve taken their job, and I’m going to move forward.”

I know this is a challenge, but you ultimately have to stay focused on your own work and not someone else’s.

While definitely distracting and frustrating, fixating on someone else’s performance will only hinder your own productivity. In fact, it’s just a misuse of your valuable time and energy. As Roy T. Bennett wrote, “You cannot control the behavior of others, but you can always choose how you respond to it.”

How can you do this when your blood is boiling? Try calming techniques like breathing exercises or meditation. Vent to your significant other and brainstorm solutions, or work from somewhere else so you’re not directly interacting with them.

Have you been able to keep your nose to the grindstone? If so, you might be able to lend others a hand. Just keep in mind that this doesn’t mean doing their work for them.

One way to be supportive is to offer guidance or feedback. It could be something as simple as sharing productivity hacks that work for you, or just lending them an ear to listen.

Another suggestion would be assisting them with less important tasks. If they’re preparing a meeting, you could offer to proofread or send out the agendas. Better yet, you could show them how to prioritize their time.

Be cautious not to make this a regular occurrence, since you don’t want to enable them. Also, that may prevent you from attending to what you need to get done. But, if you have the time, offer them some sort of assistance so that they can catch-up.

Coined by Fred Brook, in his 1975 book, The Mythical Man-Month, this is an observation about software project management. The law states “that when a person is added to a project team, and the project is already late, the project time is longer, rather than shorter.”

For example, if you have 20 people working together on a project, and one individual is holding everyone up, you may want to call in the reinforcements to help pick up the slack. The problem is that not only do the new team members have to be brought-up-to-speed, but there’s also now communication overhead on the team.

What should be the size of your team? There’s no conclusive answer. However, Evan Wittenberg, director of the Wharton Graduate Leadership Program, said that it falls “into the five to 12 range, though some say five to nine is best, and the number six has come up a few times.”

However, “on average, teams with fewer than 10 members have the highest and the lowest levels of engagement,” notes Gallup’s primary researcher and author Jim Harter.

While this isn’t always an option, let your team members take on new roles. This lets them pursue interests or passions within your organization. If they fail, it’s a learning opportunity on where they went wrong.

More importantly, though, they may finally get to play to their strengths or do something they enjoy. It’s also another way for them to develop new skills. They may even become more empathetic by spending time in someone else’s shoes.

7. Recognize what motivates them

According to the New York Times bestseller Gretchen Rubin, different people respond to rules. Usually, they fall into one of the four personality types:

How can you find out what kind of person they are? The only way is to spend more one-on-one time with them. Once you get to know them better, you can use that to your advantage.

For example, if you’re dealing with a “rebel,” barking commands or micromanaging them isn’t effective. Instead, you might want to back off a little to grant them autonomy. Sometimes you might have to motivate them with money. We recently created an annuity program to help our employees save a little more. It’s helping motivate them. Find what works.

Related: Forget the Team-Building Exercises: How to Cultivate Productive Teams Instead

8. Learn and grow as a team

Since this won’t embarrass anyone, offer opportunities for the entire team to learn and grow. Some ideas would be having everyone attend training exercises, seminars, or webinars. As a bonus, this might help all of your team members develop or bolster their skillsets so that they’ll work faster and more efficiently.

Better yet? It will give everyone a chance to shake-up their routines so that they don’t get stuck in a rut. It could even create a more engaged and unified team.

'Here between us', the game of an entrepreneur who wants you to 'spill the beans'