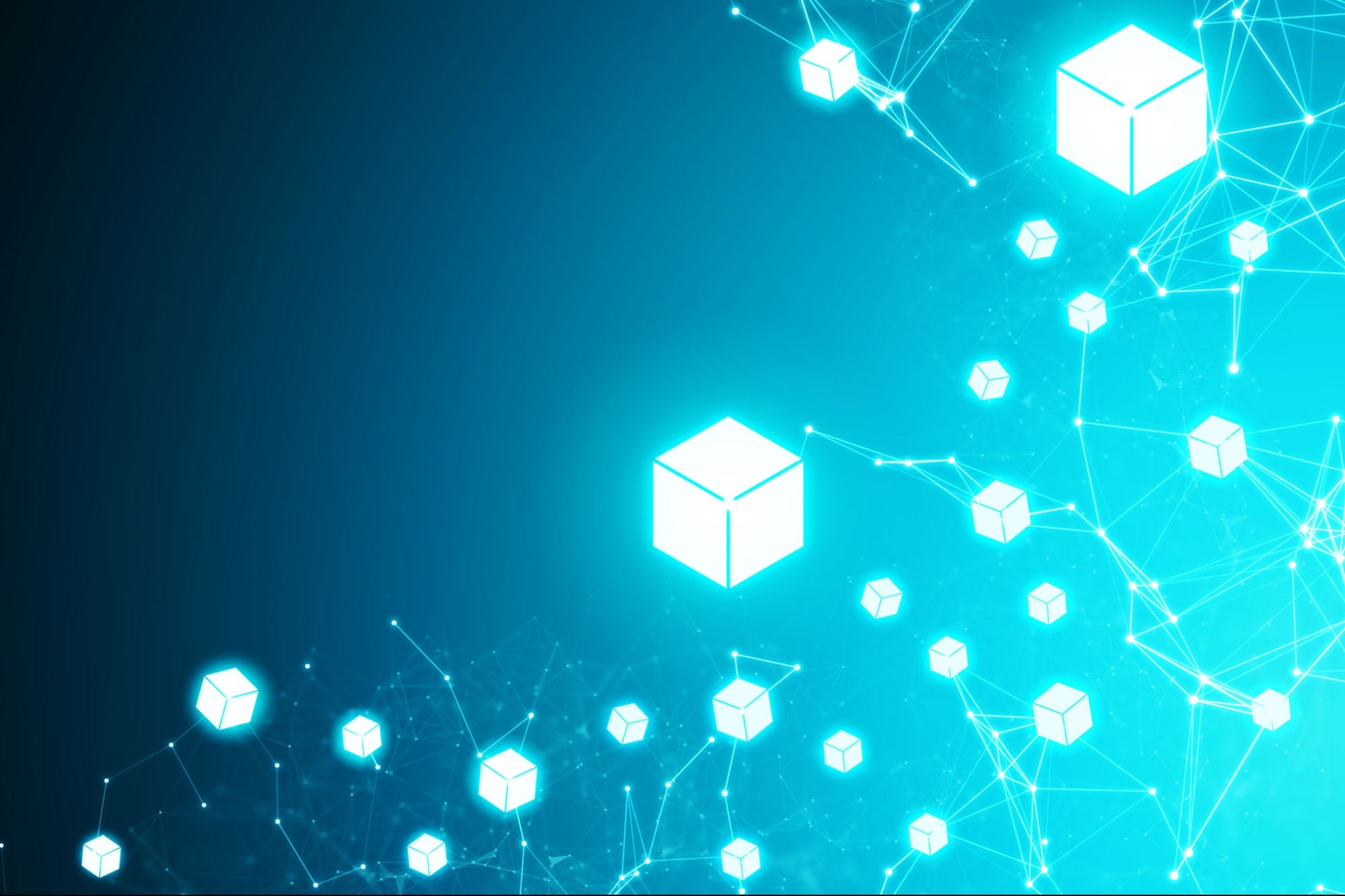 Decentralization is the current trend in the global financial market. However, it’s far from the only innovation that the industry has seen in recent times. As corporations aim to accelerate their capital raise, such businesses have taken to innovations toward opening their companies to public investment.

This can be accomplished in several ways. You may recall Bill Ackerman’s $4 billion blank check company created to buy a yet-to-be-named business. Likewise, there is news about Softbank’s planned shell company in the U.S.

Such shell companies are often utilized as special-purpose investment vehicles as part of a company’s strategy for reducing the financial risk or improving the efficiency of certain financial activities. For one, utilizing a reverse merger scheme with a public shell company can save millions of dollars in underwriting and listing fees, as well as shorten the time in which a business can get publicly listed on the stock exchange.

The strategy being undertaken by Ackerman or Softbank is not exactly new. In the late 1990s, Aaron Tsai, Chief Capitalist at MAS Capital, Inc., used public shell companies as a strategy for bringing businesses public in a shorter amount of time and lower expenses than a regular IPO. Tsai created 101 shell companies, cashed in on the trend and became a multi-millionaire by the age of 29.

Tsai was described by the Wall Street Journal as a businessman “at the leading edge of the resurgence of ‘blank check’ or shell companies.” Not many were convinced it was a good idea to build a business model out of companies with very few assets and barely existing income, products, business activity or a long-term plan. But Tsai saw profitability in dealing with these “companies in the business of doing nothing.”

Shell companies were not a new idea when Tsai saw the potential of generating millions with them. However, because of the stock market’s unexpected gains in the 1990s, largely driven by internet-related offerings, there was renewed interest in these instruments. Only a few discerning businessmen would have perceived this value, though. Tsai was one of them.

Tsai used his public shell companies for reverse-merger deals as an alternative strategy to underwritten IPOs. He merged his shell companies with other corporations, getting a portion of the merged company’s outstanding shares in return. This accelerated the public listing process for these businesses and resulted in considerable returns for Tsai, as well.

This strategy not only helped his own business, it also benefited other companies that struggled to raise capital during the dot-com era. Even before 2000, Tsai saw the potential of the internet to become a tool for investing success. “We believe the internet will open the equity markets to individual investors, create alternative stock-trading systems for them and thereby change the model of capital formation that exists today,” said Tsai in his Journal interview.

The way shell companies are used now may not be the same as how they were employed in the past. However, the core idea of the purpose of having these companies, at least in the legal or legitimate sense, remains unchanged.

In a way, they have evolved into something with a less disconfirming connotation: special purpose acquisition companies (SPACs). A recent report reveals how SPACs have been booming and are likely to perform even better in the year ahead. In 2020, SPACs have outnumbered traditional IPO deals, 200 to 194. Interestingly, SPACs and traditional IPOs raised almost the same accumulated amounts of capital. Companies that went public using SPACs raised a total of $64 billion, while underwritten IPOs managed to generate $67 billion.

Paul Dellaquila, head of the Defiance Next Gen SPAC ETF, says that SPACs will only become more prominent in 2021, as many big names are already behind them. The entry of Virgin Galactic and DraftKings, for example, is giving SPACs more credence. Dellaquila adds that sports teams may also decide to go public, and SPACs will be their likely vehicle in doing it.

Moreover, a recently released Goldman Sachs forecast paints a rosy outlook for blank check companies, saying that a surge of these entities could drive $300 billion worth of mergers and acquisitions in 2021 to 2022. Suffice it to say, Tsai’s expertise and experience with shell companies continue to be a live round in his ammunition stock. His insights on blank check companies are useful in light of the growing prevalence of SPACs. According to BTIG, there are more than 200 SPACs currently seeking acquisitions over the next 18- to 24-month period.

Even before 2000, Tsai already saw the potential of the internet to become a tool for investing success. “We believe the Internet will open the equity markets to individual investors, create alternative stock-trading systems for them and thereby change the model of capital formation that exists today,” Tsai added to the Journal.

Inferentially, Tsai already had the idea of decentralized finance at the back of his head. He foresaw the concept of individual and institutional investors snagging investment opportunities of various types in different parts of the world. He did not see the advent of blockchain, smart contracts, FinTech and decentralized finance, but he knew that someday everyone would be able to participate in investments globally through the internet.

As the latter part of the 2010s saw disruptions in entire industries brought about by blockchain and digital token offerings, Tsai once again demonstrated his resilience, versatility and ingenuity. The relentless capitalist learned to adapt and explore new technologies and business models.

Thus, MAS Capital Group, Inc., was founded. This new venture operates as a financial advisory business under the management of financial professionals based in Asia. This marks Tsai’s foray into decentralized finance. He started testing new waters and again demonstrated his knack for innovation.

Tsai saw how billions of dollars in digital currency went to Initial Coin Offerings (ICOs). At the same time, he observed the gap in how investors conducted due diligence when it comes to securing capital. This new business landscape inspired the creation of new services, which led to the founding of MASEx.

MASEx has been in operation for more than a year now, and the company plans to pursue further growth by engaging emerging economies through an AI-powered decentralized platform. The company aims to expand its STO ecosystems to enable the unbanked and underbanked to participate in investment opportunities.

Tsai realized how STOs are set to form part of the new normal in investing and capital raising, especially in Asia. “As we enter a new decade, do not be surprised to see the largest STO exchange in the world based in Asia or China.”

To be clear, his message was not a rebuke to traditional financial institutions but a challenge for everyone to level up if they want to retain control or take the dominant role in the global financial industry.

The need for regulation in decentralization

Even with all the promised benefits of decentralization, there are still crucial challenges. In STOs, in particular, there are stumbling blocks that prevent companies and exchanges from achieving optimum outcomes. Tsai points to regulatory compliance as the main challenge, especially its implications when it comes to due diligence and regulatory checks.

“We are going through a seismic shift that extends across the entire financial industry. This will disrupt the existing oligopoly of financial institutions in banking, securities and fund management sectors. Regulators must rise to the occasion,” Tsai said during a keynote speech in 2019.

It may seem counterintuitive, but the MASEx Founder and DeFi advocate calls for the urgent regulation of STOs which are decentralized by design. He describes the spirit and letter of the U.S. securities laws as in need of a refresh. They are not in tune with the disruptively accelerating trend of digital currency adoption, financial decentralization and self-regulated Security Token Offerings.

DeFi companies often feel challenged with regulations that limit what they can do. At the same time, they find it problematic when there are no regulations in place to assure customers, investors, or traders that the digital assets they are getting from a decentralized financial market bear real value.

Decentralized platforms transcend geography, although partnerships with key industry players will be essential in achieving trust and traction.

Technology has proven time and again that innovations have the ability to identify trends that enable success. It can also help businesses worldwide with their attempts to attract funding by going public.

Regulatory requirements make it difficult for many companies to get publicly listed. Through STOs and even with the innovative business model with shell companies, the long and tedious process of raising capital can be reduced significantly.

However, it is also important to take regulation into account. Decentralization has numerous advantages, but without regulation to provide assurances to investors and consumers, it will be difficult to attract investors into trusting new financial services and security classes. Regulation and compliance build trust, and this may just be what DeFi needs to gain traction in the financial community.

8 Logistics Tricks To Be Competitive