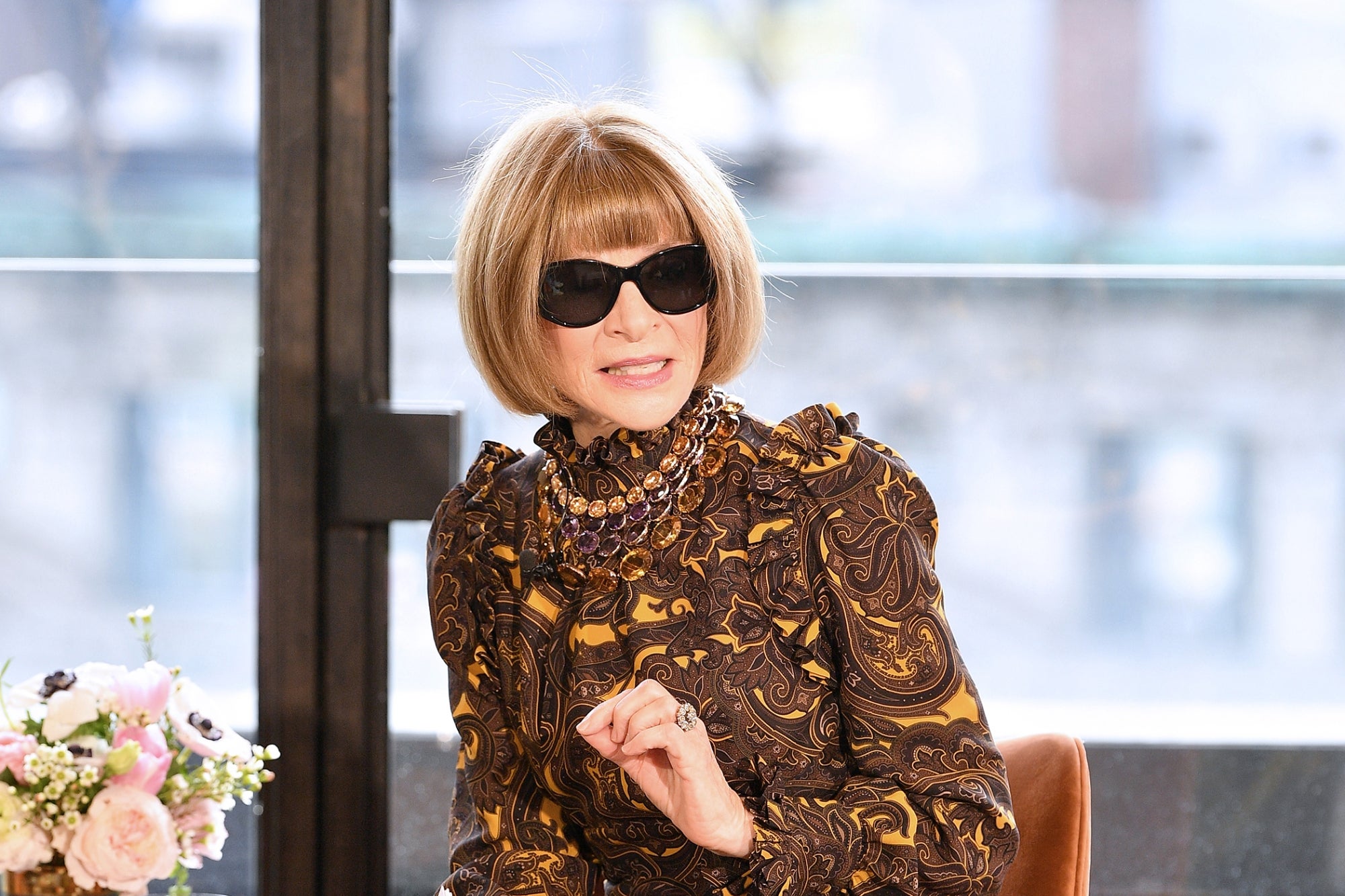 “To be famous these days with no grounding and no substance is not especially difficult. I urge you instead to seek to be relevant, to be agile and educated.” — Anna Wintour

Anna Wintour is one of the most well-known names in fashion. She’s been Vogue’s editor-in-chief since 1988 and Conde Nast’s creative artistic director since 2013.

Wintour is not only synonymous with fashion and femininity, it’s the very crux of her power and influence.

For the past few decades, Wintour has been a symbol of everything that any entrepreneur — male or female — aspires to be. She’s strong, smart, and powerful; certainly not at the expense of her femininity. In fact, she was the inspiration for Miranda Priestly, Meryl Streep’s character in The Devil Wears Prada.

Wintour may not have been a politician, a CEO, or even a designer. But over the last quarter-century, she has influenced more women than many might even realize. There are few women on Entrepreneur’s 100 Most Powerful Women list who couldn’t call her an inspiration. From entrepreneurs and CEOs to celebrities, corporate leaders, and media influencers, women all over the world have followed Wintour’s lead in pursuing their dreams.

Like Wintour, these women aren’t “ice queens” or “masculine.” They’re women with a purpose.

Women making it in business

Take Lyndsey Yocom. As the senior executive director of influence for Tori Belle Cosmetics, she is known for helping to instill a personal belief system that brings personal success to her clients.

Yocom shot to success by creating a simple daily action plan. That plan went on to explode both traditional and online businesses. She’s now the owner of a multimillion-dollar organization that continues to reach new heights every year.

She says the secret to her success was simply never giving up. “Major failures and obstacles led me to my greatest achievements in business. Each tiny step toward a goal and often tremendously uncomfortable leaps in between can result in immense accomplishments, shaping your identity and instilling hunger for success.”

Yocom agrees that it’s never easy for new entrepreneurs to reach their goals, and that the road can be fraught with frustration and disappointment. But the key is to keep pushing forward.

Related: 10 Grants You Need to Know About for Your Woman-Owned Business

“The more I listen to the stories and struggles of others building their businesses, the more I know how to help them create massive success,” she says. “Showing up daily to mentor others to achieve their goals is not just joyful and satisfying, but there’s also a personal sense of accomplishment in someone else’s success.”

Christin Kingsbury echoes this philosophy. As the CEO of Get Some Assets Inc., Kingsbury is a living example of how real estate investing can move people from average to abundance. Her company strives to change its clients’ thinking and help them build fortunes through training, consulting, connecting, and taking investment opportunities. Ultimately, Get Some Assets Inc. empowers people to build wealth that impacts generations.

Kingsbury advises women everywhere to be as powerful as they can possibly be.

“Stop playing safe. You’re robbing the world of the message God entrusted you with,” she says. “Your talents, your unique experiences, your failures, and your successes are not just about you. Someone is waiting and needs you to show up and be your authentic powerful self! Go and share!”

Believe it and become it

If Wintour taught us anything, it’s that self-belief is paramount. Female entrepreneurs often bear the brunt of archaic stereotypes that seek to undermine them and their power, and it takes more than a good pair of heels to stamp that out.

And that’s where women like Kristina Sjolund thrive. Like Wintour, Sjolund exudes style. But she firmly describes herself as “not your average boss babe.”

At the age of 41, Sjolund turned a $100 investment into a seven-figure empire. She’s now the president of Unleashed Inc, a podcast in which she shares how she went from overdrawn to millionaire.

Sjolund is the quintessential rags-to-riches story. After finding success and income through her online business, she decided to start a podcast to reach women and empower them.

Now, she helps others understand how believing in yourself can change your life, just as it did hers. In the Unleashed Podcast, Sjolund inspires female entrepreneurs with lessons about how she took the challenges that life sent her and used them to grow stronger.

Sjolund urges women to take the plunge, no matter what hurdles they may face. “My greatest piece of advice to share would be to never EVER count yourself out of anything. When a challenge comes your way, find your solution, make your plan, and EXECUTE. Don’t sit back and let life happen to you; go out and MAKE it happen. If I can do it, anyone can.”

Social media and beyond

Dye is the CEO of Wigs for Every Woman and Heather Dye Coaching. Her mission is to help women find the confidence they need to “conquer the world.”

It was while broke and on the verge of homelessness that Heather discovered she could make money using Facebook Live. She started by selling her clothing and steadily progressed. She’s now created three successful social media businesses and has helped over 100 ﻿women launch and scale their online hustle.

Dye’s advice to fellow female entrepreneurs is straightforward: believe that you can.

“Believing in yourself — and that you can achieve anything that you desire in this life — will take you far. If you do not believe that you can, then you won’t. It is as simple as that,” she says.

Getting what you want means taking a leap of faith, she explains — and ignoring the naysayers. “You have to develop unwavering confidence that you can and you will, no matter what hurdles you have to jump. When I first started my business, many people told me that it would never work or that I would fail. I chose to never listen to those people. Now we have been in business for going on two years. We’ve also built an amazing community of thousands of women we serve daily.”

Wintour wasn’t the first female entrepreneur to leave her mark on the world, and she certainly won’t be the last. Now worth an estimated $35 million, she’s shown us that women can indeed rule the world — and they’ll do it any damn way they please.