The latest installment of Gartner’s Peer Insight’s ‘Voice of the Customer’ ranks it as a top customer-preferred platform.

An unprecedented achievement for Latin American technology companies, and even more so for the Chilean industry, is that of the national RPA (robotic process automation) platform Rocketbot , after being distinguished among the best positioned automation tools in the world.

That according to the latest Gartner report, “Peer Insights: the voice of the customers 2020” , where the most prestigious technology consultancy on the planet positioned the Chilean company as the second best RPA tool for the market of companies “midsize” (billing $ 50 million to $ 1 trillion annually).

“For us, it is an achievement that reinforces the objective with which Roketbot was born: to be one of the most competitive RPA tools in the world, coming from Latin America. This very important distinction, due to the influence that Gartner has, shows that our goal of democratizing and facilitating RPA to all companies and levels is on the right track, ”says Rafael Fuentes, co-founder and Commercial Director of Rocketbot.

Gartner evaluates the tools based on the reviews that company decision-makers make, and where only those opinions of companies with experience in the use of technological solutions and who frequently make reviews on the site are considered. This is how Rocketbot narrowly positioned itself among the top two tools for the “midsize business” market, with a rating of 4.9 (the highest score is 5.0).

This year there were 1,147 reviews of RPA companies that were evaluated by the consultancy, where, in addition, Rocketbot appears among the eight best-positioned companies in the world according to the “Voice of the Customer”, along with industry leaders such as UIPath, Automation Anywhere and Blue Prism.

“The position is highly commendable because our rating is better than that of large global companies. We do not exceed them because they have hundreds of reviews and are recognized throughout the world, versus us who in just a year and a half are already expanding operations to all continents after establishing ourselves in Latin America ”, emphasizes the Commercial Director of Rocketbot. 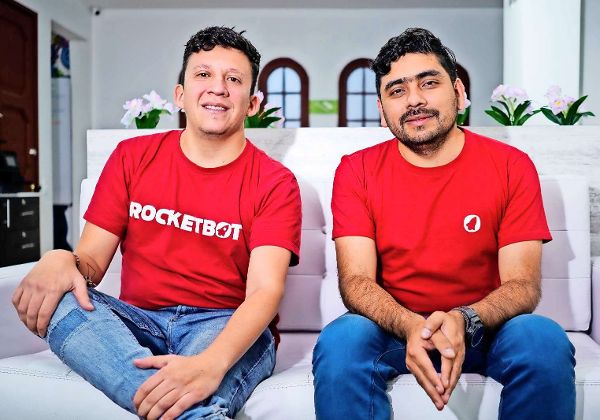 The Chilean RPA has a presence in 17 countries, with more than 180 clients, including more than 760 banks and insurers. In addition, it recently added clients in Europe and the United States, to which are added the intention to open offices in Asia next year, where they aim to reach 500 clients and US $ 4 million in turnover.

“We believe that our platform has no roof, as we are based on a simple but sophisticated first: making bots a highly skilled workforce for repetitive tasks, structures and digital, thus alleviating the burden of workers who dedicate their hours to work creative and more productive. In addition, the pandemic made it clear that automation is a matter of life or death for companies, so this industry has no other way than to continue growing in the coming years, “says Fuentes, adding that” our pride is double knowing that it is from Latin America that we position a technological platform in the big leagues ”.