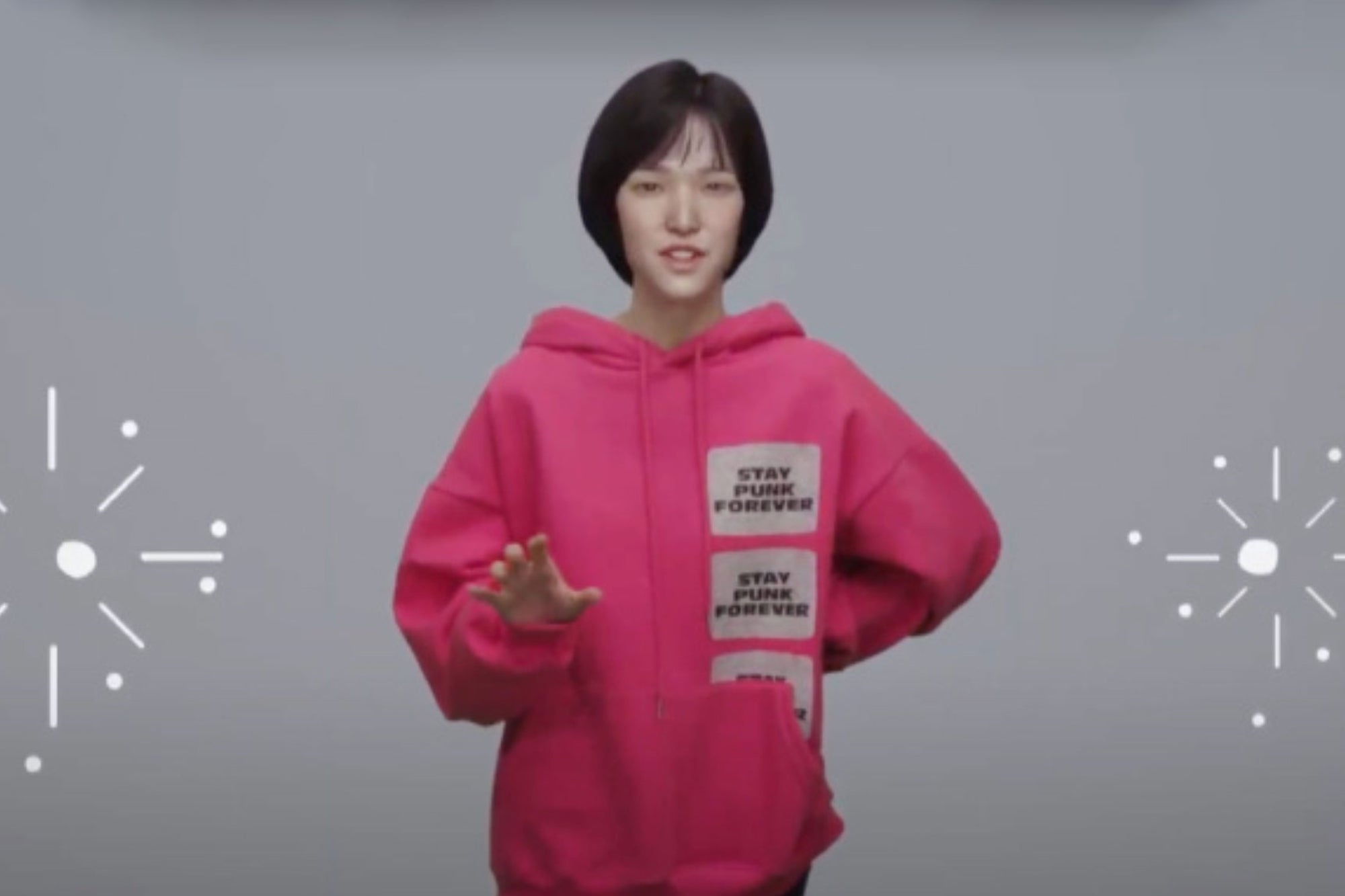 CES has gone all-digital for the first time this year. Unsurprisingly, some companies are using the format change to experiment with their live-streamed press conferences. LG, for instance, used an entirely virtual human called Reah Keem to promote some of its products today. Sporting a hoodie with the slogan “stay punk forever,” she explained that travel was an important part of her life, and how desperate she was to roam around the world and perform once again. Keem used those wishes to transition into the LG CLOi UV-C Robot, an already-announced machine that uses ultraviolet light to disinfect public and generally popular areas.

“Having said that though, looks like it’s gonna be a while to we can have gigs and parties back on,” the fictional musician continued. “So until then, I’m going to call in my studio and work on my videos and stuff.” She then pivoted to the latest LG Gram laptop, emphasizing the thinner bezels and high-resolution display, an a high-end monitor aimed at photo and video professionals. “Well, that’s it for me for now,” she concluded. “But stay tuned because next up is an exciting update on our beloved LG ThinQ. Over to you, Sam.” Keem’s presence was unusual but not entirely unexpected. LG had already announced that it was working on a virtual human and promoted her existence through an Instagram account.

The approach is broadly similar to Seraphine, a League of Legends champion that also collaborated with a fictional band called K/DA. She pretended to be real through various social media accounts that led up to a live AR-powered cameo at the League of Legends World Championship last year. A company backed by Samsung also grabbed headlines with an ‘artificial human’ at CES last year. It didn’t quite live up to the hype, but there’s clearly interest in the concept and virtual characters generally.