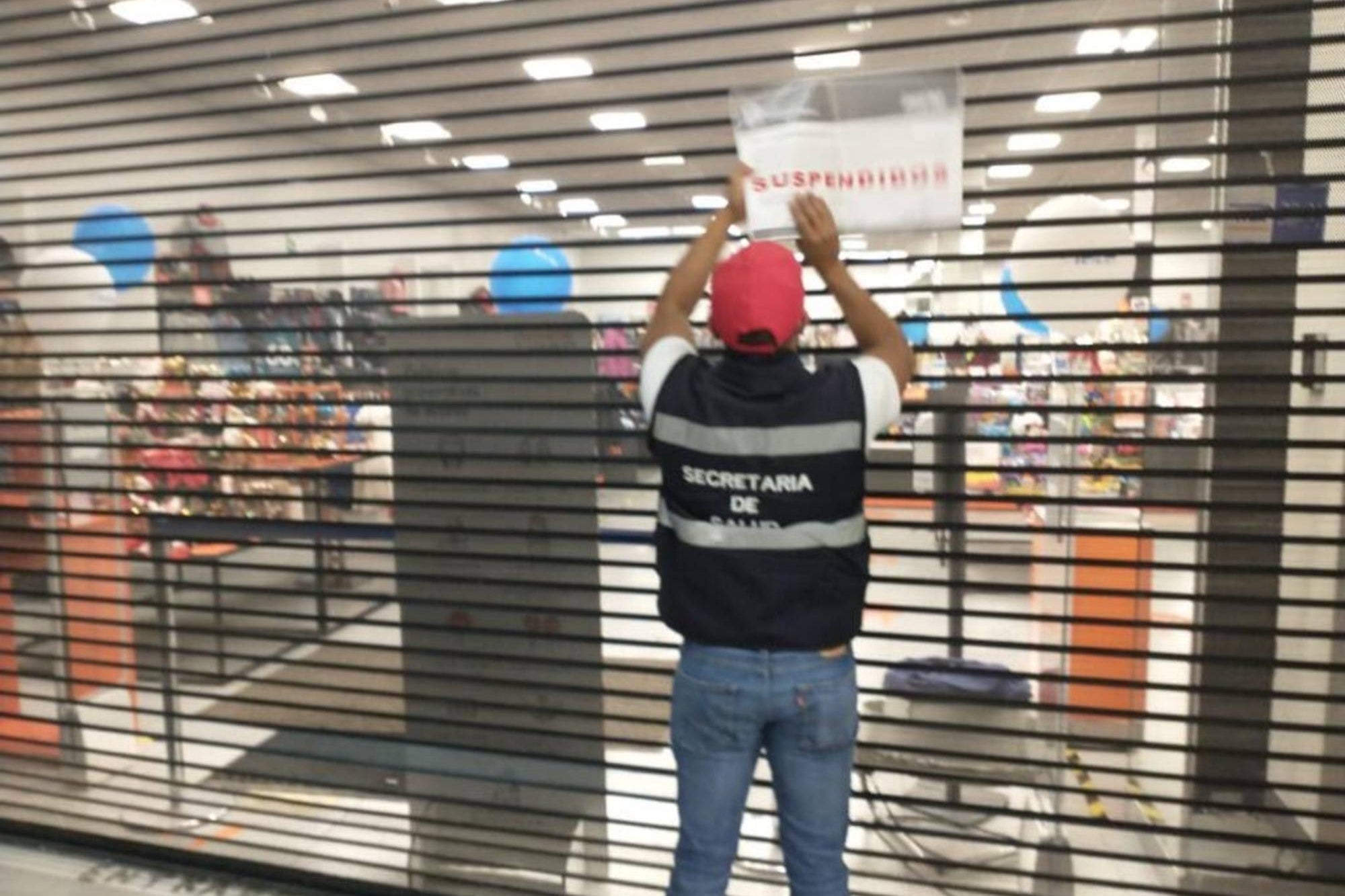 Authorities visited more than 400 establishments of various sectors to urge them to comply with the sanitary regulations.

This Friday, December 18, the authorities decreed a red traffic light in Mexico City (CDMX) and in the State of Mexico due to a growing number of hospitalizations for COVID-19 in the entities.

“The agency headed by Dr. Gabriel O’Shea Cuevas, detailed that tours were made through various shopping malls, in order to urge the owners and employees to respect the new provisions and schedules established in the official newspaper” Government Gazette “of the State of Mexico on December 18, which is why it placed suspension stamps on three department stores, five non-essential businesses and one fast food, ”explained the Health Institute of the State of Mexico in a statement .

After the entity went to a red light, the corresponding authorities of Toluca, Ecatepec, Zumpango visited more than 400 businesses, in which there was a significant influx of people.

COPRISEM suspends department stores and non-essential businesses that remained open at a red light
Visit more than 400 establishments to encourage them to comply with provisions
It works in coordination with other government areas https://t.co/BZP35mdOdu pic.twitter.com/UGx3xIE06i

Your Inner Mean Girl Voice Might Be Stopping You. Here's What To Do About It.

Get in the Bubble With The Flaming Lips Frontman Wayne Coyne