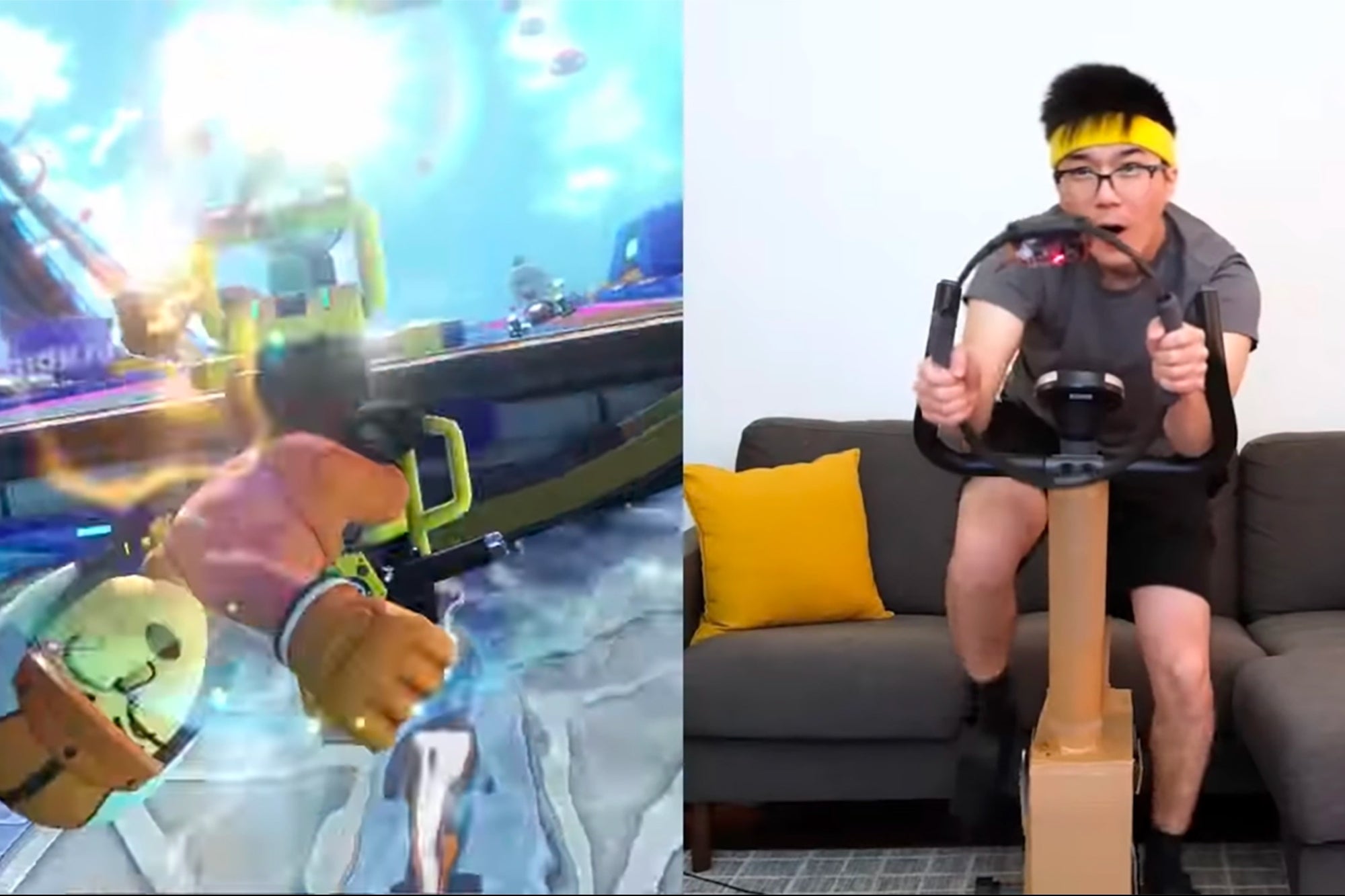 Lockdown is the perfect time to experiment with at-home fitness, which is exactly what Mike Choi did when he built the Labo Fit Adventure Kart.

“This is a fully functional concept product that I developed myself,” the developer and designer wrote in a Thursday tweet, sharing a series of videos highlighting his new invention. The DIY “kit” requires a Nintendo Switch, Ring Fit Adventure peripheral, TAPBO robot, and an exercise bike. When combined, players can accelerate, steer, and deploy items, all while breaking a sweat.

The TAPBO module—a small wireless “robot” connected to a single Switch controller—is what makes all the components work together for this concept fitness device. The early prototypes “are fully functional and I’ve been using them for the past couple of months,” according to Choi. “And whew, it IS challenging. But fun.”

Unfortunately, this is little more than a clever idea created for Choi’s entertainment (and athleticism). But the maker hopes his project might demonstrate—to Nintendo and other hardware hackers—the potential of the Switch as a fitness tool. “I poured my heart and soul into it, so I hope you enjoy,” he wrote last week.

As Engadget points out, other Switch games would technically work with the Labo Fit Adventure Kart, but considering the kit activates certain buttons based on certain signals, you’d be at an obvious disadvantage when playing basically any other title without further modification.

Why Webinars, Now 25 Years Old, Are More Effective for Sales Than Ever