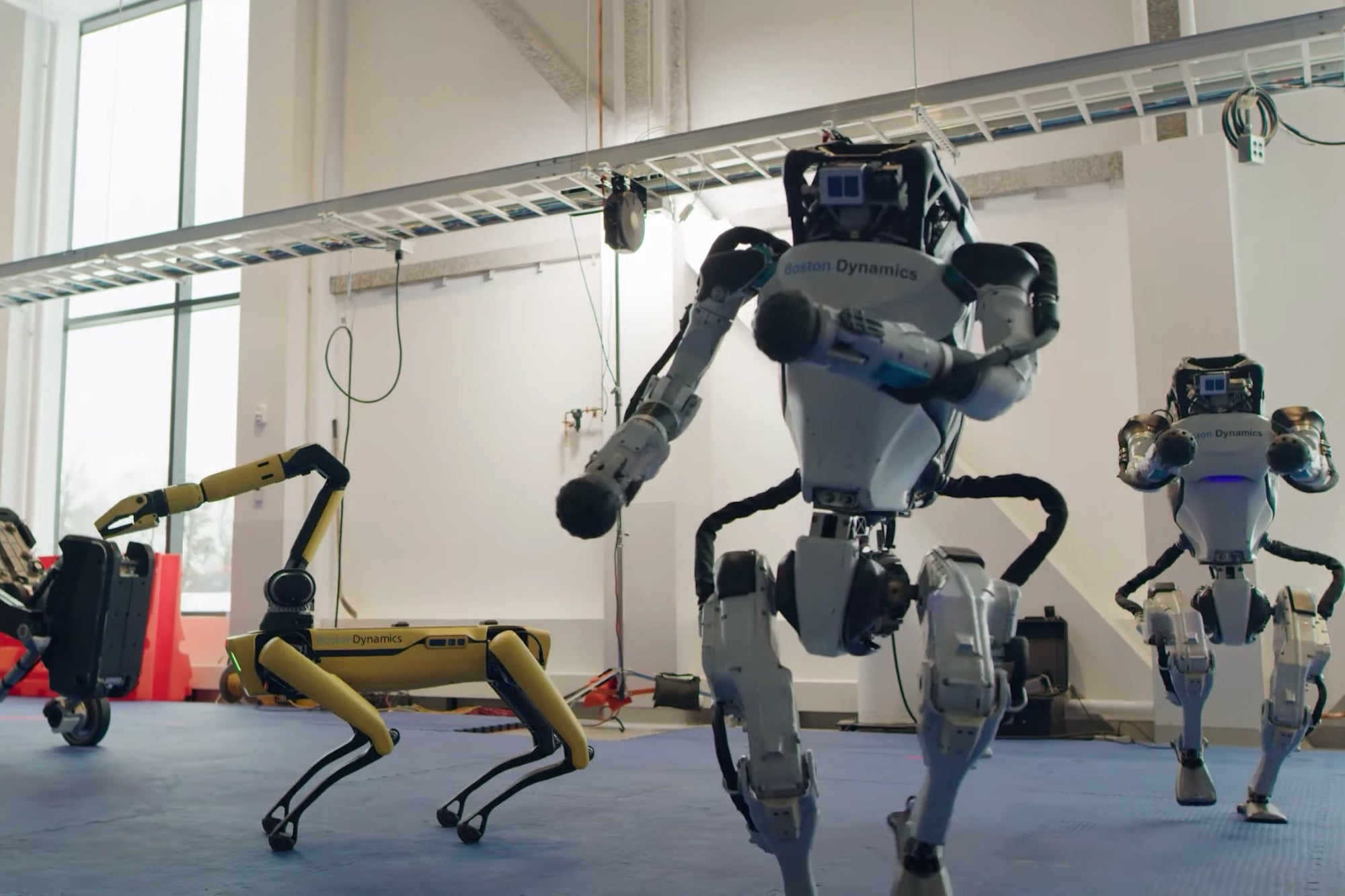 Boston Dynamics, one of the most promising companies in the sector, shows in a video of approximately three minutes the new skills that robots possess, dancing to the rhythm of a song and they surely do better than you.

Boston Dynamics , one of the most advanced robotics companies on the market , caused a sensation with the launch of a video on its YouTube channel in which you can see some of its robots dancing to the rhythm of the song ‘ Do You Love Me? ´ by The Contours.

The first robot to be seen is an Atlas , a humanoid robot that weighs an average of 80 kilos and measures 1.5 meters. Later, another appears on stage to join his choreography.

The two Atlases are accompanied by a Spot , which is about a quadruped robot , it is similar to a dog, this same one executes some steps of the dance following the rhythm of the music. You already know this last insurance, since it helped to face the pandemic in some countries, it was used to support doctors to monitor patients remotely and help maintain social distancing in public spaces in countries like Singapore.

Far from choreography, the engineering and robotics company aims to show the progress of How Boston Dynamics has achieved the computational processing and hardware management that its robots have when carrying out their movements, which at first glance may seem simple, but which involve the coordination of the jumps, arms and feet.

How did Boston Dynamics come about?

The company was founded in 1992 by engineer Marc Raibert , a former professor at the Massachusetts Institute of Technology. Boston Dynamics is one of the most promising robotics and engineering companies in the industry.

Would the 'immunity passport' be a good idea?