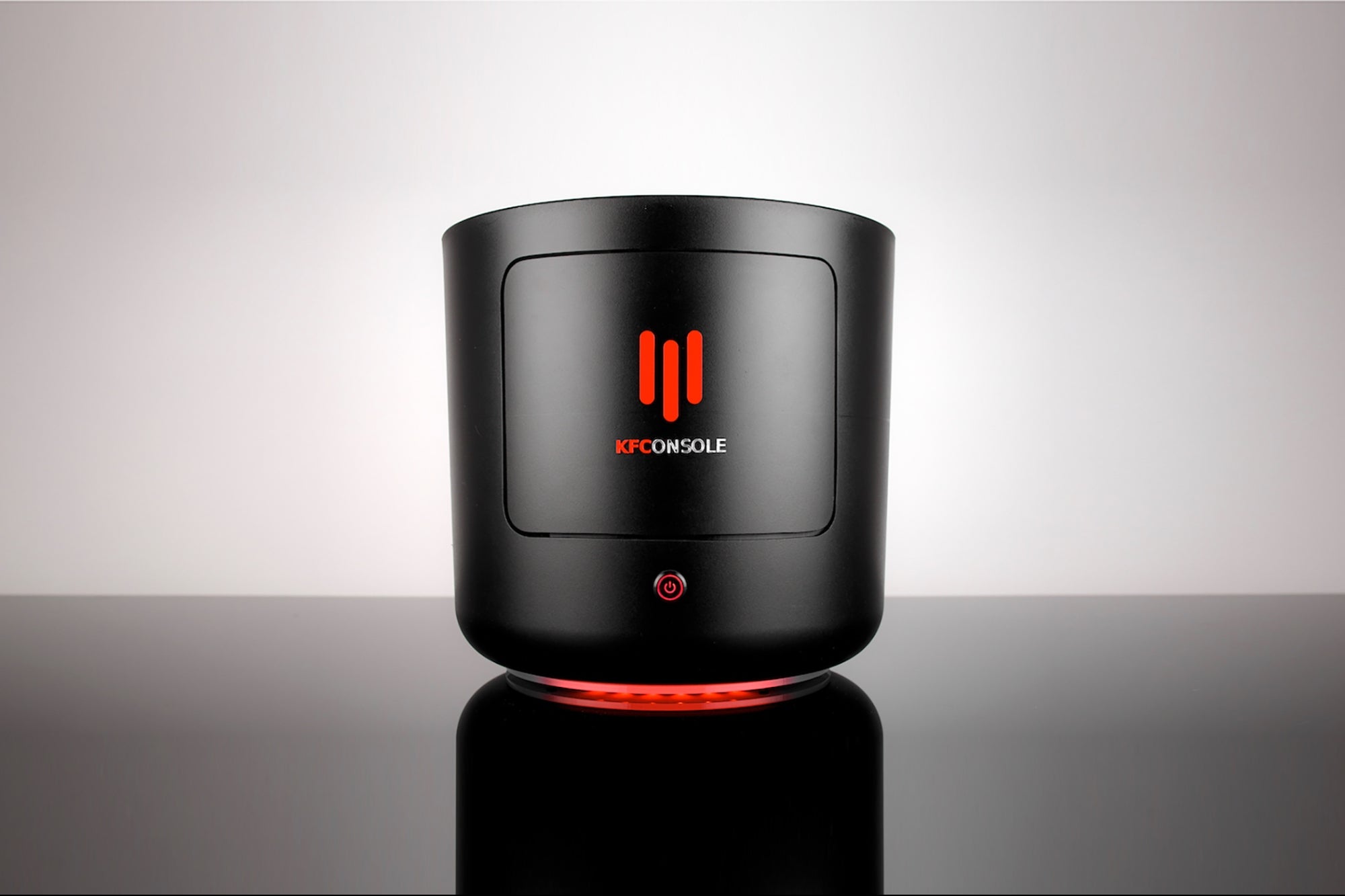 Have your fried chicken and play video games, too, with a KFC game console featuring a built-in chicken warmer.

Peanut butter and jelly. Batman and Robin. Rock and roll. Fried chicken and video games. Some things just go together—like KFC Gaming and Cooler Master, which teamed up to create a game console with a built-in roaster.

The KFConsole, a Bargain Bucket-shaped machine fitted with an internal cooling system to extract heat, is the “world’s first” device to feature a chicken chamber, designed specifically to keep contents hot and “ready for consumption during intense gaming sessions,” KFC says.

You’d be forgiven, however, for overlooking the KFConsole scheme, which began in June—amidst a global pandemic and heated US presidential campaign. Moving forward from an initial teaser campaign, the company last week provided its first look at the cock-a-doodle-dashboard.

“We’re so pleased to finally give the fans exactly what they wanted: making the KFConsole a reality,” Mark Cheevers, PR and social media lead at KFC UK and Ireland, says in a statement. “We all know the console war is vicious, but we’re very confident in the KFConsole as our flagship entry. This machine is capable of running games at top-level specs, all on top of keeping your meal warm for you to enjoy during your gaming experience. What’s not to like?

The machine could be a real lifesaver during those long lockdown hours of button mashing. “If Sony or Microsoft want any tips on how to engineer a chicken chamber for their efforts next time, they’d be welcome to get in touch,” Cheevers says.

“When we were approached by KFC Gaming to make the KFConsole, we jumped at the chance to get involved and enter the console war,” says Stephen James, PR and influencer manager at Cooler Master. “The KFConsole has been custom built with the gamer at the front of mind. The last thing we want is anyone to go hungry while playing.”

It’s very possible this thing will never make it to your living room or kitchen. So if you can’t get your hands on a KFConsole, check out our PS5 vs. Xbox Series X rundown.

Empowering Local Businesses During the Covid-19 Economy and Beyond