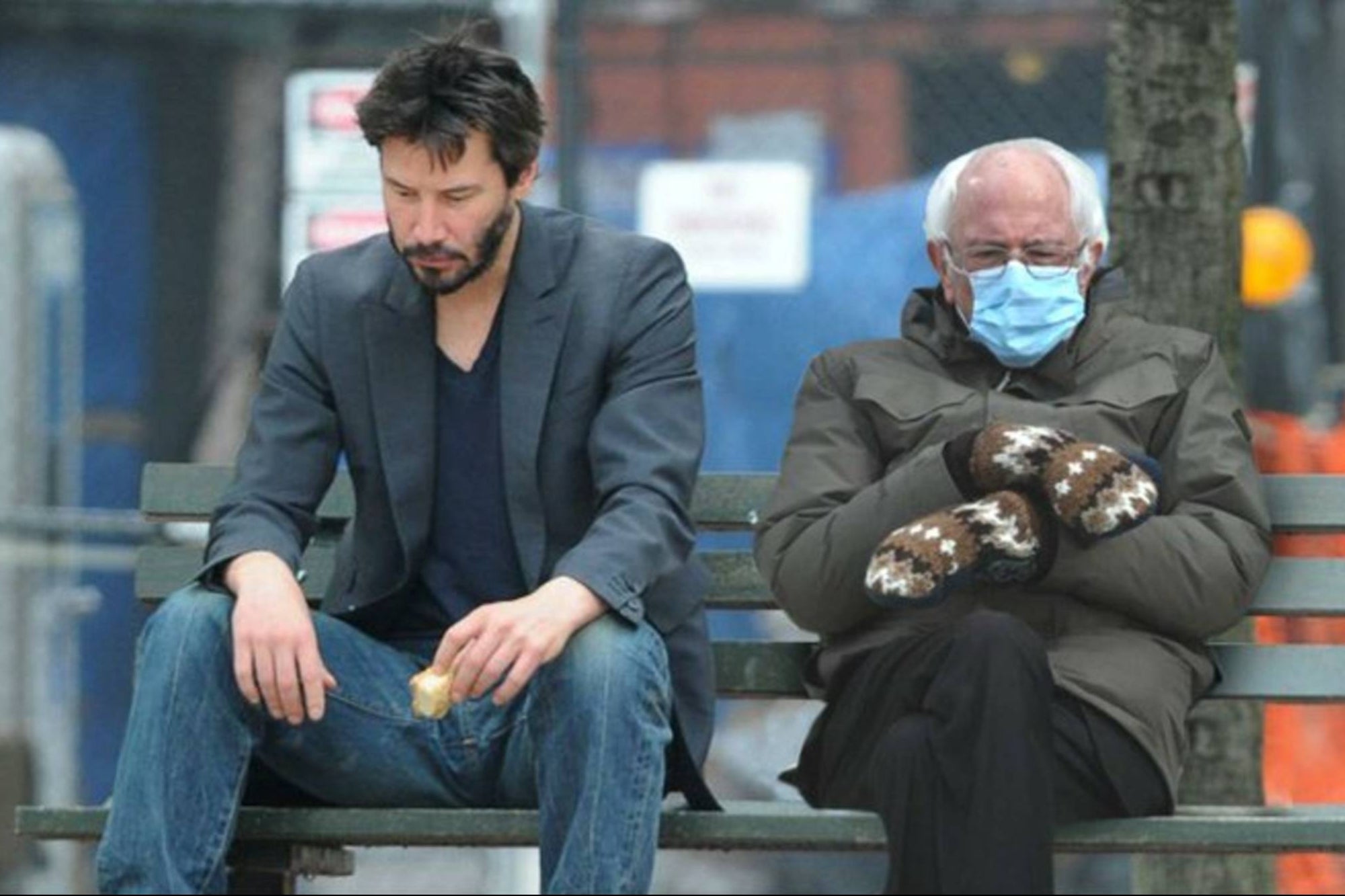 What would you do if you became a meme? Sanders did not hesitate to take advantage of it.

The now president of the United States, Joe Biden , was not the only one who attracted attention during his inauguration. US Senator Bernie Sanders became the inspiration for a series of viral ‘memes’ that flooded social media. However, the former Democratic candidate for the presidential candidacy knew how to take advantage of the affair and now sells sweatshirts with his unflattering photo.

In the image, captured on January 20, Sanders appears sitting in a folding chair and wrapped in a green winter coat. To complement this, the 79-year-old man wore knitted mittens, a brown hat and mask, very much in keeping with his disinterested attitude.

“In Vermont we bundle up well, we know something about the cold and we are not so concerned with good fashion. We want to keep warm , ”the Vermont state senator explained to CBS News about the outfit he chose for the ceremony.

Showing off his entrepreneurial spirit, the politician and his team found a way to monetize virality. Thus, they took the image that went around the internet, printed it on some sweatshirts and marketed them on the internet.

100% of proceeds go to Meals on Wheels Vermont.

The garments with the Sanders meme are priced at $ 45 (about 900 Mexican pesos). These can be found on the official website of the politician, but the first print sold out quickly and is likely to happen again.

10 Reasons Why a DEI Coach Is Good for Business

The Surprising Technique Tom Brady Uses to Work Out His Brain