The famous online video game developed by Epic Games will launch a new range of skins from January 23, which will feature club teams such as Manchester City and AC Milan.

Epic Games is the study in charge of Fortnite , which has recently demonstrated its great ability to create content through the collaboration of other franchises, such as Marvel, Star Wars and even Travis Scott.

This time it comes with the surprise of the development of skins related to the great sport, soccer. Starting on January 23 , users will be able to find the skins of their favorite teams such as AC Milan, Juventus or Manchester City, among others. Also, of the gesture “Celebration of Pele” , whose inspiration is based on the Brazilian. 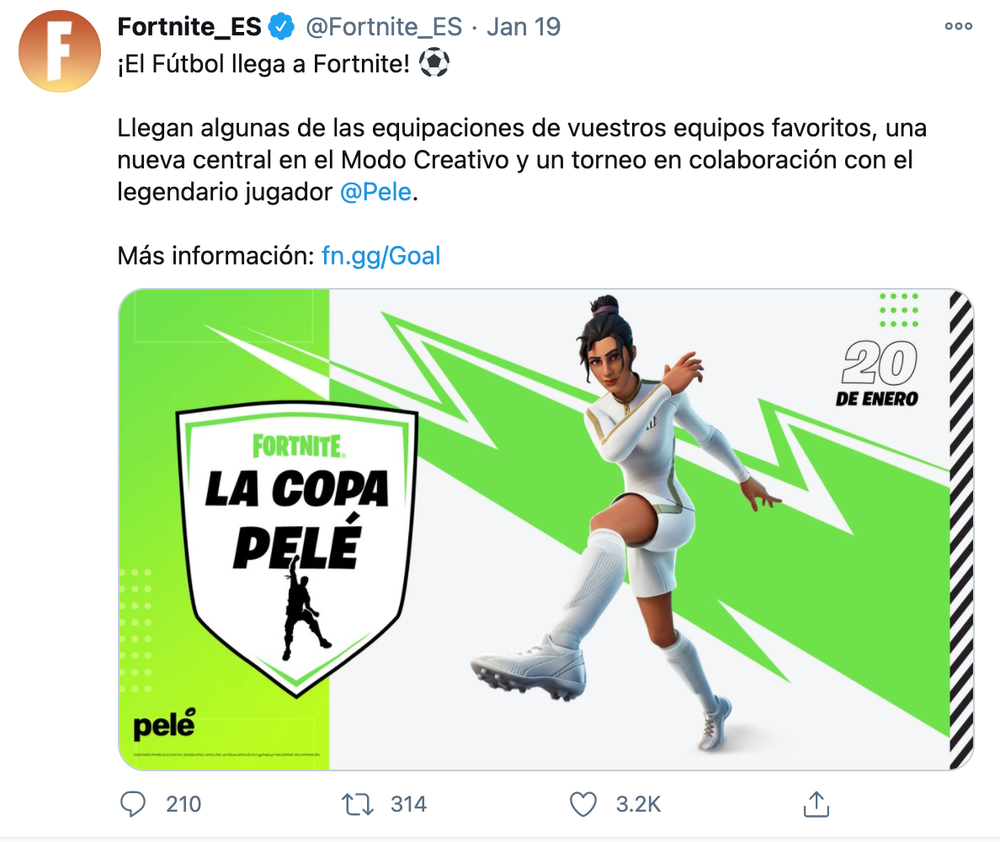 Without a doubt, Epic Games dominates the handling of the matter about new content in Fortnite. The creator always manages to hit on the expansion of her community of players, something that allowed some of her competitors to profit, such as PUGB, Apex or Valorant.

It is worth mentioning that users will have the option to select male and female skins to represent the team they want, among these there are more than 23 skins , they can be from Manchester City FC, Juventus, AC Milan, Inter Milan, AS Roma and West Ham United FC.

Among the great diversity of skins that you will find on the following dates are:

The famous battle royale, Fortnite from Epic Games can be downloaded for free for PS4, PS5, Xbox One Series X / S and PC, through a launcher from the developer. Ready to play?

In case you’re interested: Amazon offers help to Biden in the distribution of vaccines in the US.

How to Create Winning Media Messages in 3 Easy Steps