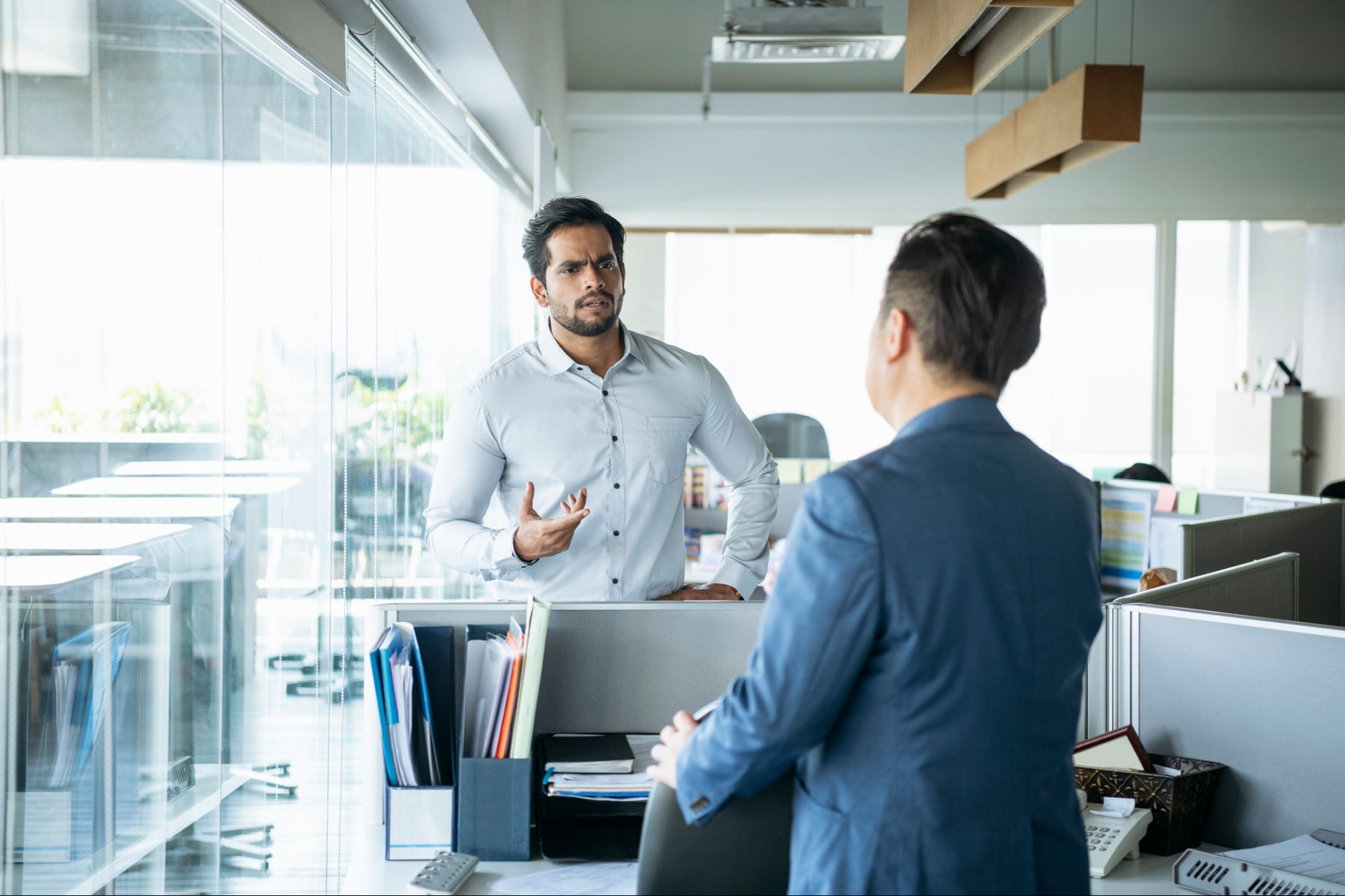 “Happiness is contagious” may be the sort of cheesy adage you’re used to seeing splashed across coffee mugs and refrigerator magnets; a trite phrase your eyes pass over without really seeing. But it’s also true. Studies have found that emotions quite literally travel in patterns in a way that’s analogous to epidemiological models of disease.

The bad news is that while happiness may be catching, negativity is even more so. Researchers Christine Porath and Christine Pearson report that victims of others’ bad attitudes are more likely to adopt bad attitudes themselves, thereby perpetuating the trend. Rudeness also has a tendency to transfer from bosses to employees, so much so that one in four people are rude because their bosses are. “Employees notice what seems to be working then they follow that lead, for better or worse,” they explained in the Harvard Business Review.

Besides being a drag on those around you, being infected with negativity has been shown to have detrimental effects on our own physical health. Exposure can lead to a weakened immune system, and even compromise your ability to think: Prolonged stress can permanently destroy neurons in the hippocampus, which controls reason and memory.

A negativity superspreader can easily infect your whole team. But just as we can protect ourselves from a cold or worse by getting rest, eating well and avoiding exposure, we can also inoculate ourselves against the effects of negative people. Here’s how.

Studies show that uncertainty creates a cognitive bias, making us more apt to interpret ambiguous or neutral situations negatively. This, says Mithu Storoni, author of the book Stress-Proof, creates a vicious cycle. “We’re more likely to respond to a neutral social cue with negative emotions, which then incites the person whom we have misunderstood to reciprocate our negativity, which triggers more negative emotions, and so on,” she writes.

As a manager, you can’t control all the uncertainty your employees are experiencing, especially these days. But you can help minimize uncertainty in the context of their jobs.

To do this, Storoni suggests first setting a clear path for what everyone needs to do and how to do it, which helps employees bring their immediate future under control.

Next, she advises employers to be open and transparent about decisions, so employees can feel confident that they have all the information there is to know about what’s happening. It’s also helpful to really listen to employees, taking their opinions into account when making decisions. Each of these steps helps foster a culture of positivity across your team, which makes everyone more likely to interpret ambiguity in a positive way rather than negative.

Growing my business, JotForm, from a young company to one that reaches over 8 million users, I’ve learned that there’s nothing more important than having a healthy, supportive culture. Doing what you can to mitigate situations that cause people stress, and therefore, negativity, is a huge part of that. Some people are always going to be energy vampires, no matter how hard you try to avoid them. The key is to create an environment that doesn’t allow their toxicity to flourish.

Take charge of the conversation

Negative people aren’t necessarily trying to be wet blankets, and there’s a difference between an employee who is toxic and one that is simply bad at their job. Try drawing out the best from a negative person using a technique called appreciative inquiry, writes entrepreneur Deep Patel. Appreciative inquiry is a system of thinking that instills a more positive outlook by asking questions about what is working, rather than what’s not. For instance, Patel says, if a person is stuck on a past event, ask questions that focus on the positive aspects of their experience, or look toward the future. Examples might include questions like, “What are some of the good things that came from that experience?” or “What would you like to see happen next time?” Reframing the conversation can help shift their way of thinking to allow room for positivity.

Related: 15 Ways to Spot a Toxic Work Environment Before You Take the Job

Tim Draper, founder of Draper Associates and DFJ, posits that all people have potential to ditch their pessimistic ways. “I’ve turned negative people positive by explaining the mission, taking people through my thinking, and giving them my confidence that they can accomplish what I have in mind for them,” he writes. “When people understand the ultimate purpose of a task, activity, or goal and know it’s achievable, they’re more likely to work for it.”

Toxically negative people come in a variety of forms. Some are constantly critical. Some are gossips. Some are self-absorbed. Others are more active in their toxicity, attempting to undermine you because they’re jealous or manipulative. Some bear striking resemblance to the Dementors that lurk in the fictional world of Harry Potter, with an outlook so dark and bleak it makes all around them feel empty and hopeless.

There may be no way of keeping a toxically negative person out of your sphere, especially if they’re an investor or stakeholder, but you can control the influence they exert over your life. As Eleanor Roosevelt once said: “No one can make you feel inferior without your consent.”

Creating boundaries, both mentally and physically, can keep a bad attitude from poisoning your own. Think of someone smoking a cigarette: Would you continue to inhale their second hand smoke, or would you move away?

Setting these boundaries takes conscious effort. But if you’re proactive—deciding where and when you’ll engage with a difficult person—you’re in a better position to control the situation. When you do work with them, try to keep your emotions at bay.

Take care of yourself

Again, sometimes avoiding energy vampires just isn’t feasible. But as with any illness, fighting negativity is easier when you take care of yourself. Lack of sleep can impair self-regulation and self-control, but a good night’s rest makes you more positive and creative, giving you a clearer  perspective. Exercising releases “hope molecules” into our systems, and eating well fortifies us for whatever comes our way.

And don’t underestimate the importance of emotional support in the form of friends and family. Figure out who in your life outside of work is there to cheer you on and give you a shoulder to lean on when you need it. Sometimes, this is as simple as talking to someone with less emotional stake in the situation, and help you realize that one person should not have the power to bring you down.

Related: Why Hustle Culture Might Be Toxic to Your Business

The 2 Types of Authority All Businesses Need for Marketing Success

Want to Lead a Tribe of Winners? Share Your Epic Fails!