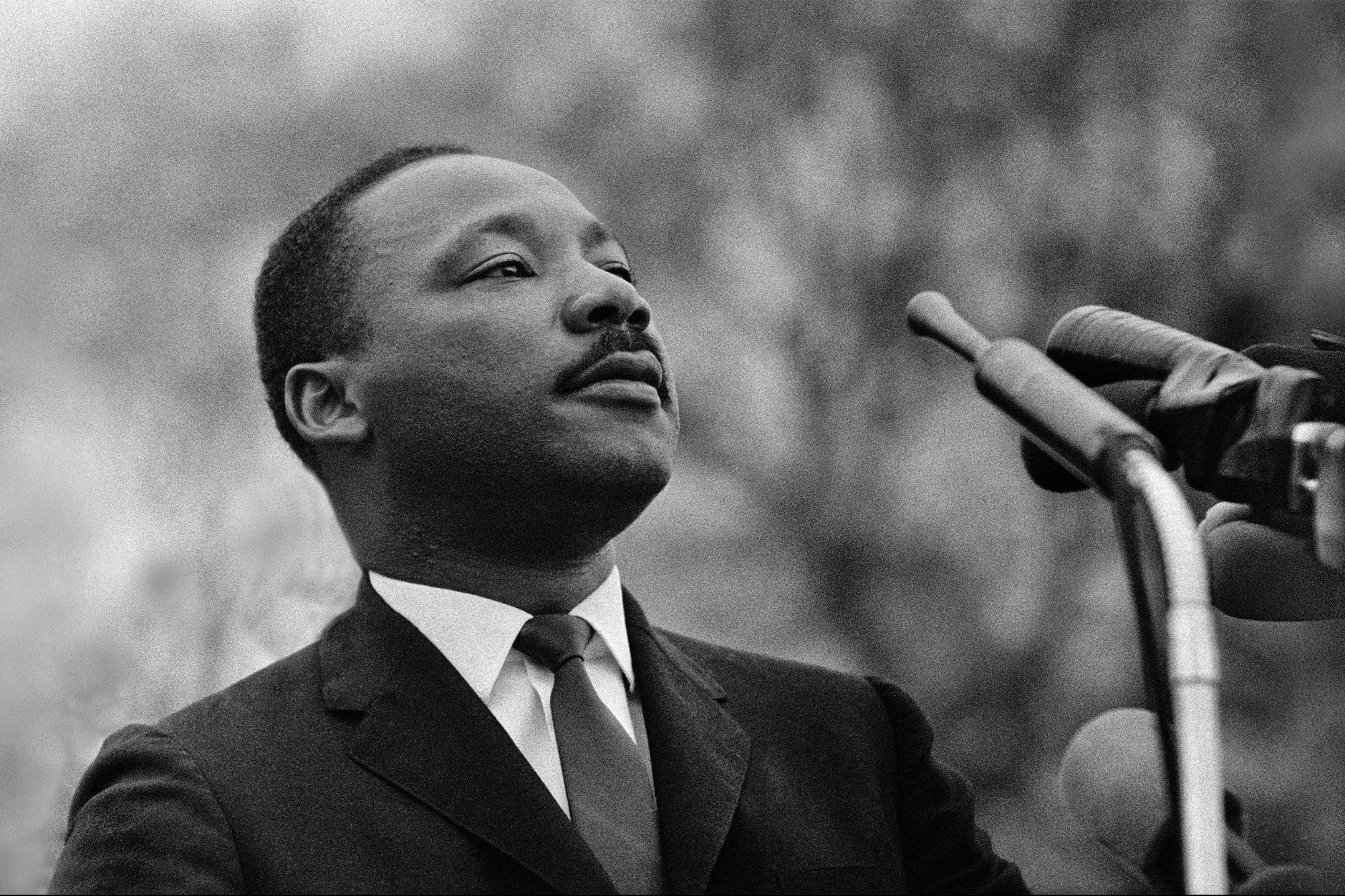 This Black American hero’s words remain as powerful and relevant now as they were decades ago. Here’s how to remember MLK’s legacy using modern technology.

Of all the poetic truths that the Reverend Dr. Martin Luther King, Jr. spoke during his tragically short life, “The arc of the moral universe is long, but it bends toward justice” has got to be one of the best. It doesn’t give us an excuse to not work hard toward an improved world. Sorry, but everything won’t just get better on its own. Still, the quote widens our perspective, and provides hope that the fruits of our labor may finally be enjoyed tomorrow by our children.

That arc is indeed very long. Sometimes it feels like we’ve had to work twice as hard, for twice as long, to only get half as far as we should be when creating a more equal society. To be blunt, the internet does a lot of damage radicalizing and organizing resurgent forces of toxic white supremacist violence.

But if you know where to look, the internet also gives us a previously impossible connection to MLK and his righteous work. Those of us who never got the chance to join King’s historic march on Washington, like my grandfather did in 1963, we can now easily receive the good word from this African-American icon with just a few icon clicks.

Where to Watch MLK

YouTube is a wild west for racist, right-wing grifters and teenagers screaming at video games. Sometimes, those are even the same people. So, forget that garbage and subscribe to the official Martin Luther King, Jr. Center for Nonviolent Social Change YouTube channel. There you can watch archival recordings of King’s speeches, as well as current conversations with King’s family and other modern civil rights leaders.

Where to Listen to MLK

Prefer to listen to King’s words in audio form? Perhaps his dream of a better world will inspire you to run right up to the top of that mountain during your workout. Fortunately, pretty much all of the best music streaming services include MLK speeches to stream and download, usually for free. At last! They treat MLK like an artist, as his speeches are songs or albums, so you should find them if you just key his name into the services’ search boxes. Here are some handy links for your convenience.

You can find MLK speeches and radio specials on:

Where to Find More MLK

Dr. Martin Luther King, Jr. was a great man, but he was more than that. He has ascended into legend. After all, he has his own holiday. When that happens, your myth and image becomes larger than yourself. Those myths then inspire new works that seek to carry on the message, despite technically being fictional.

One of the best recent examples of MLK fiction is Ava DuVernay’s Oscar-winning biopic Selma. This historical drama captures the lofty beauty of King’s rhetoric (with newly written speeches!), but also the cunning, pragmatic, political gamesmanship required to enact actual tangible positive change in such a hostile environment. You can stream Selma online with a premium Hulu + Live TV subscription.

For a less politically correct, but still very potent, take on King, I have to give a shout out to The Boondocks episode “Return of the King.” The classic cartoon translated Aaron McGruder’s incendiary comic strip into an equally radical Adult Swim sitcom about a Black family in a very white suburb. In this alternate reality, Dr. King only fell into a coma after being shot. He then reawakens decades later, Captain America-style, into an unfamiliar, new Black cultural landscape. The episode leans a bit too hard on respectability politics, but trust me when I say you’ve never seen MLK like this. You can watch The Boondocks on HBO Max, and look out for the upcoming series reboot that’s also coming to the service.

You should absolutely familiarize yourself with MLK online, but don’t let that be the beginning and end of your online journey into Black history. There are plenty of other ways to expand your unconscious with a little help from the internet.

Check out the best video streaming services for celebrating Black art. Learn why the video game industry owes Black players more than just talk. If you can score an invite for the Clubhouse social network app, you can listen in on tons of thought-provoking conversations from brilliant young Black leaders. And see how historians are preserving Black internet culture.

8 Books Every Entrepreneur Should Read About Dismantling Racism in Business

Why Webinars, Now 25 Years Old, Are More Effective for Sales Than Ever