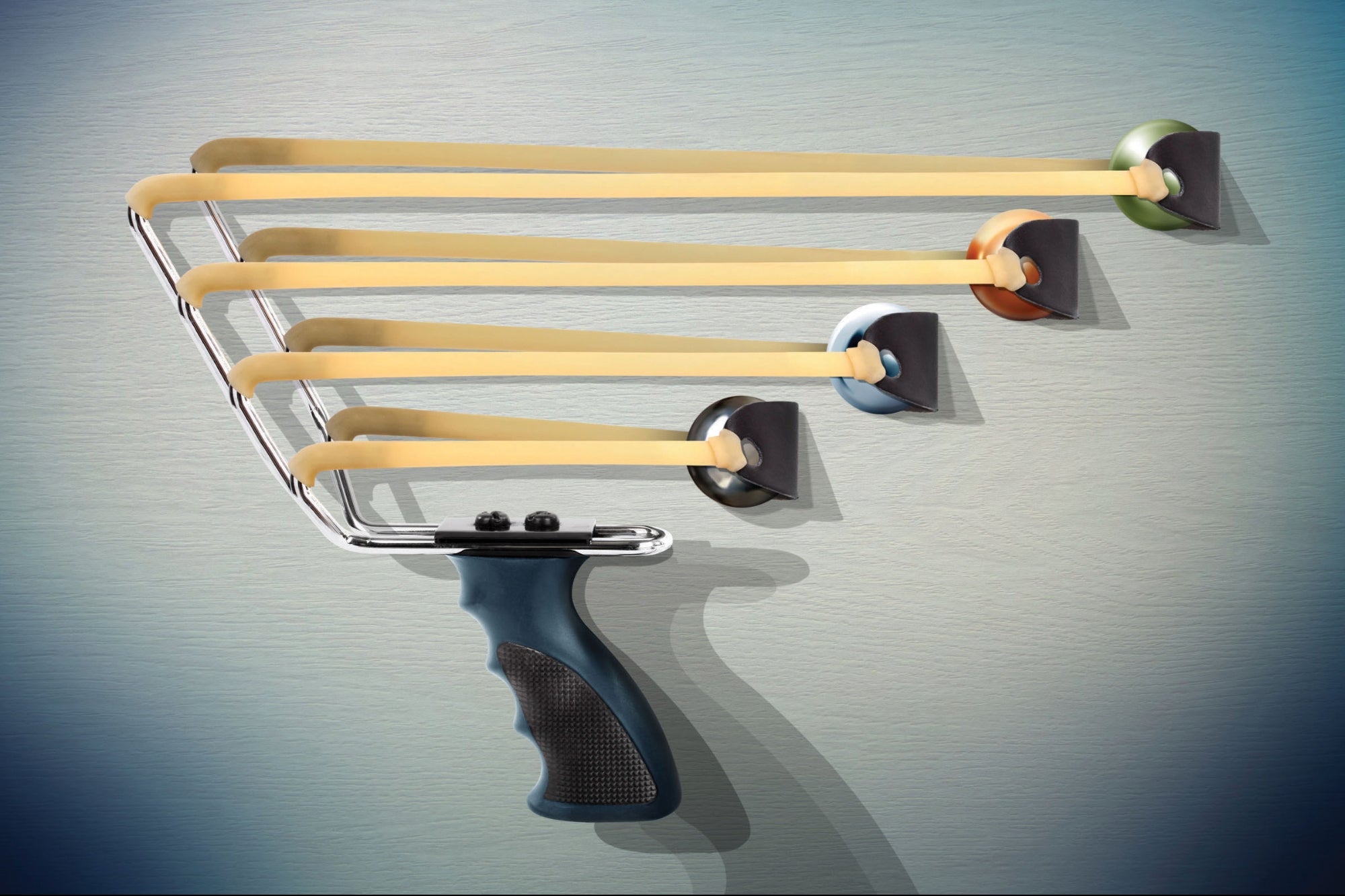 You think it’s hard getting to the top? Try staying there.

The accelerated churn rate of the S&P 500 indicates that at least half of today’s top U.S. companies will get replaced by someone new over the next decade. That is a mind-boggling market value of $13.5 trillion up for grabs. And the craziest part is who replaces the old market leaders: It’s often companies that, just a few years before, were considered scrappy little startups.

So how does a new company rise to slay a giant? It doesn’t happen by accident. Think of these upstarts as if they’re playing a deliberate game of chess — except in this case, the incumbent has been playing the game for years, and the startup is entering the game halfway through. That means the startup is at a severe disadvantage, and normal competitive strategies just won’t work.

Related: How Small-Business Owners Can Build a Strong Corporate Culture

To unseat a champion, a smaller company has to play by a completely different set of rules.

In my many years of working with successful disruptors, as well as researching the same at Cambridge University’s Judge Business School, I have seen a lot of companies lose this game…as well as a lucky few win it. Here are the four moves that I’ve seen have the highest chance of success for those aspiring to take down Goliaths.

1. Change the basis of competition.

For startups, the rules of the game are rigged. The larger incumbent has set the terms of the competition, and its scale, experience, and technology are nearly impossible to beat.

Consider every brick-and-mortar retailer that went up against Walmart in the 2000s. Walmart’s basis of competition was its ability to sell consumer goods at the lowest possible prices, and it accomplished that profitably because of its remarkable hub-and-spoke distribution model and large, centralized procurement budgets. Other retailers could not catch up…until Amazon.

Related: How to Set Yourself Apart From the Competition

Obviously, Amazon pursued an e-commerce model before Walmart was focused on digital. But it’s also important to remember what Amazon founder Jeff Bezos didn’t do. He didn’t try to build a hub-and-spoke model that was better than Walmart’s, nor did he try to make the claim of selling goods at the lowest possible prices. Instead, he chose to compete with Walmart through remarkable customer service and a next-day, deliver-­anywhere model — both of which Walmart could not follow through with in time.

To beat something as big as Walmart, a startup needs to set its own rules of the game. Build something the incumbent doesn’t have, and then make that the thing they’re judged by.

Every industry comes with its own set of taboos. These are known as the way things are done, and incumbents consider them to have an almost religious importance. But for the average startup, these taboos are nonsensical. Even better, they’re a competitor’s blind spot — and an indication of where large incumbents will never look to innovate!

For example, consider the taboo of traditional banks. These institutions had long considered their slow, bureaucratic processes to be a source of competitive advantage and, ironically, pride. After all, you could never be too careful when a customer’s money is exchanging hands.

Related: 4 Simple Things You Can Do to Stabilize Your Small Business Right Now

Revolut, an upstart digital bank in the U.K., felt otherwise. By developing a secure technology stack that rapidly did checks and balances with minimal error, the bank’s founders publicly shunned the idea that slow banking was good banking. The implications of this change in mindset have been significant. Revolut has grown to 12 million subscribers in less than five years of launch, achieved a market cap of $5.5 billion, and pushed Europe toward open banking. Meanwhile, traditional banks are struggling thanks to collapsing fees, unhappy customers, and incomplete digital transformations.

If a large bank is toppled by a startup like Revolut, it can blame its taboos. The way things are done was not, it turns out, the way things ought to be done.

When an army invades, it doesn’t sweep in all at once. Instead, it targets places where it can gain power over key resources — cities, rivers, and other spaces that’ll give it a foothold into a new land.

Business conquests are similar. This is what my Cambridge colleague (and former strategy professor!) Dr. Kamal Munir identified in his research. He found out that successful disruptors deliberately create a series of dependencies, where suppliers, customers, and even competitors end up relying on the disruptor.

For example, as Tesla set out to become a major player in the automobile market, it did more than build electric cars. It also developed a country-­wide network of electric charging stations. Now Tesla’s competitors are in a bind: They have to either make their cars compatible with Tesla’s stations or limit their market potential. This will give Tesla an advantage for years to come.

Munir thinks of this as a power move — and, ironically, it comes at the cost of short-term profits. In the above example, Tesla founder Elon Musk could have saved much-needed cash and let someone else develop a charging network. But with the support of patient investors, his power move enabled him to set new standards of customer experience, strike symbiotic partnerships, and change the industry cost and pricing structure. This worldview of disruptive strategy, while deceptively simple, is incredibly powerful and can explain the slew of successes of loss-making disruptors such as Uber, Airbnb, WhatsApp, and others.

Here’s an important truth about business: Disruption is powered by simplification.

Mature companies are complicated. They have a glut of purchase options and upgrades that most customers don’t need and many find too confusing. That’s why a disruptor can use simplification as an opening gambit — doing away with all the noise and options, and offering something simple that solves most customers’ problems. Even more important, this simplification allows the disruptor to run a leaner organization that can therefore lower its prices.

Related: 5 Things Not to Do When You’re Running a Small Business

Of course, a startup won’t remain simple forever. Its first customers will be people who are price-sensitive, and therefore easily lured away from a competitor. Then the startup is adopted by mainstream and high-end customers, who no longer see the incumbent’s complex offerings as having additional value. Low-cost airlines are a good example here. Why pay more for mediocre meals, excess baggage, and in-flight movies if you just need to get from point A to point B? Minus the recent economic shock of COVID-19, the most profitable airlines in the world continue to include low-cost, simplified players such as EasyJet, Southwest, and Ryanair.

Taking down Goliath is by no means easy. But it is happening with more frequency and at a larger scale today than any other time in history. While the strategies I shared are powerful on their own, astute disruptors tend to daisy-­chain them together in an unstoppable sequence that is spread over multiple years. So if you’re small today, take heart: With the right plan, even your biggest competitors may be in your reach.